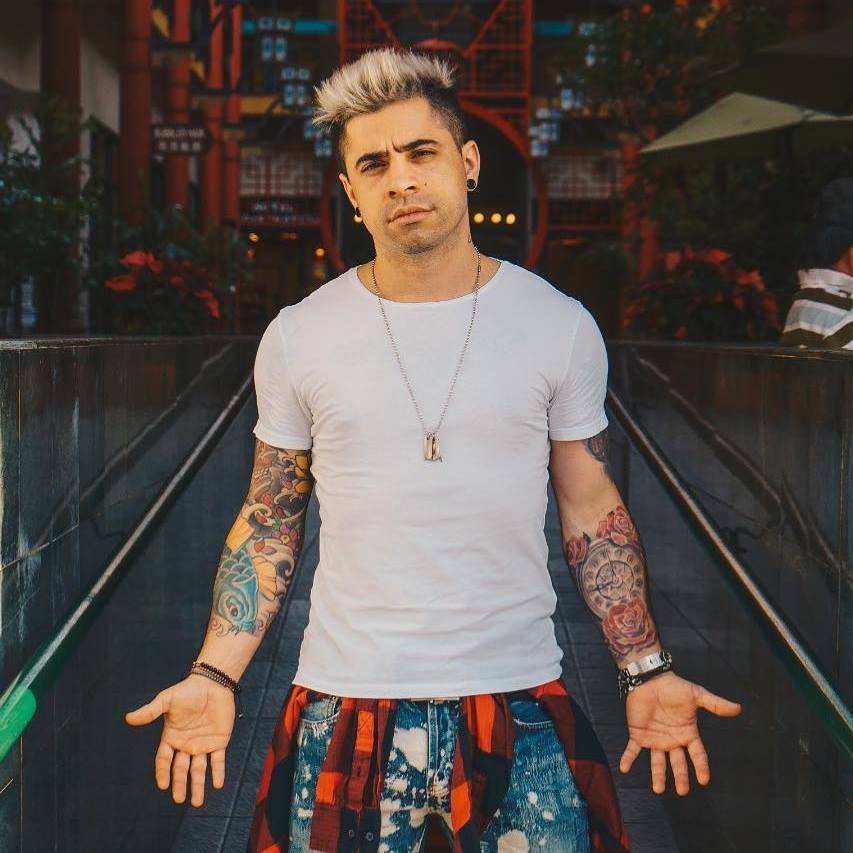 Born Felipe Ramos and known to his ever-growing fanbase as FTampa, this highly ambitious musician, DJ, and producer got his start after receiving a piano from his grandfather. From there, his life changed and set him on the path toward electronic music. We recently caught up with FTampa and are excited to share more with you about his latest ventures and some reflections on his journey thus far.

FTampa showcases a special sound comprised of unique melodies, pop infusion, and Brazilian culture. With tens of millions of streams across digital platforms and major global performances at Rock In Rio Las Vegas, Tomorrowland Brazil, Tomorrowland Belgium (as the first Brazilian in history to play the Main Stage), Lollapalooza Brazil, Burning Man, and so many more under his belt, Ramos has set his place in stone yet continues to grow beyond expectations and limitations. Not content with a lifestyle of routine, he’s now focused on making more pop music as well as bringing new talent to life.

His journey in life has certainly not been the easiest, but he’s persevered and come out the other side as a massively successful musician as well as an admirable role model. Ramos has been able to share part of his compelling story with the world through musical means, pouring pieces of his innermost self into works like his 2018 release, “Who We Are.”

His most recent track, “One Last Time” was released with singer/songwriter Maggie Szabo this March. A pleasant reminder to enjoy each day that is given to us with happiness and appreciation, it’s an upbeat tune with some Summer feels that’s a beautiful fit as we head into the sunniest part of the year.

Read below for our exclusive Nocturnal Times interview with FTampa where we discuss his crossover to more a pop-oriented production style, mention of upcoming collaborations (including one that was made in three different languages!), mentoring fellow Brazilian musicians through his label and management company, MusiClan, how things have changed since our last interview, & more.

Nocturnal Times: Hello again! The last time we caught up with you was in 2017 following the release of your track “Light Me Up.” How would you say things have changed since then? Tell us about what you’ve been working on since that release?

FTampa: Hello again, great to be back!! I’m now more focused on my pop production than ever and trying to get more established as a pop artist – things are going great so far! I hate routine and monotony and like to switch up my production style a lot, so last year I released some festival tracks, we called it ‘November Madness’ because it totally derailed from the pop that I’m creating now but it was a lot of fun!! I’m working on a bunch of new stuff and I’m excited about all the tracks that I have to release.

Nocturnal Times: Talk to us about your latest release, “One Last Time.” What inspired you to bring this one to life?

FTampa: Maggie sent me some lyrics and I fell completely in love with them! It feels like a continuation of the tracks that I was releasing at the end of last year. We had one studio session together and pretty much finished the track there and then! I absolutely loved working with Maggie and am so proud of what we created.

Nocturnal Times: You produced this song beside singer/songwriter Maggie Szabo – what was it like working with her on this track?

FTampa: It was really great. She is so talented and easy to work with! The music came to us so fast because we were on the same wavelength throughout!  Glad we made it!

Nocturnal Times: How would you say this track differs from your 2018 hit “Who We Are”?

FTampa: “Who We Are” is a lot more personal to me as it was FTampa trying to tell a bit about Felipe’s life story! “One Last Time” is more of an upbeat, positive song that promotes happiness and reminds us to enjoy every day.

Nocturnal Times: Tell us a story of one of your most memorable collaborations to date. How was it working with this person and why was it such a standout?

FTampa: I have a future release that I made with Sophie Simmons and Alex Hosking and I can say this is one of the best I’ve worked on so far. We made a track in 3 different languages and it was so much fun! Can’t wait to put this one out!

Nocturnal Times: You’ve established a very successful name in the industry for yourself and your Brazilian roots. Now that you’ve had some time to see your career take off, have you been able to mentor or help other aspiring Brazilian producers? If not yet, is this something you’d like to do in the future?

FTampa: I have, yes. I have taught a lot of people how to produce and many of them are now very successful in Brazil! One of them is Lothief! The first time he came to my place he didn’t even know what EQ stood for and now this kid is killing the game! I’m so proud of him and if you haven’t already then you should definitely listen to his work!

Nocturnal Times: Is there anything in particular you’d like to share with the industry/ fans that they may not already know about you or your music?

FTampa: I’m working with some upcoming artists at the moment, guiding them through my label/management company MusiClan. For now I’m focusing on Brazilian artists who sing solely in Portuguese but who knows what the future will bring! It’s fun because every artist is so different from what I do myself with FTampa, which means I get to explore lots of different styles of music.

Nocturnal Times: With festival season upon us, what are some of the shows or festivals you have planned so far that you’re most looking forward to? Why?

FTampa: All of the festivals are special! I’m not playing a lot of them now because I’m more focused on building my reputation as a pop producer, but I always look forward to performing in front of a crowd.

Nocturnal Times: To wrap up, what else can fans expect from you for the remainder of this year?

FTampa: As always, lots of new music! I’m working hard on my music in the studio and can’t wait to share, stay tuned and follow me on Spotify to get all the releases!!! Peace 🙂