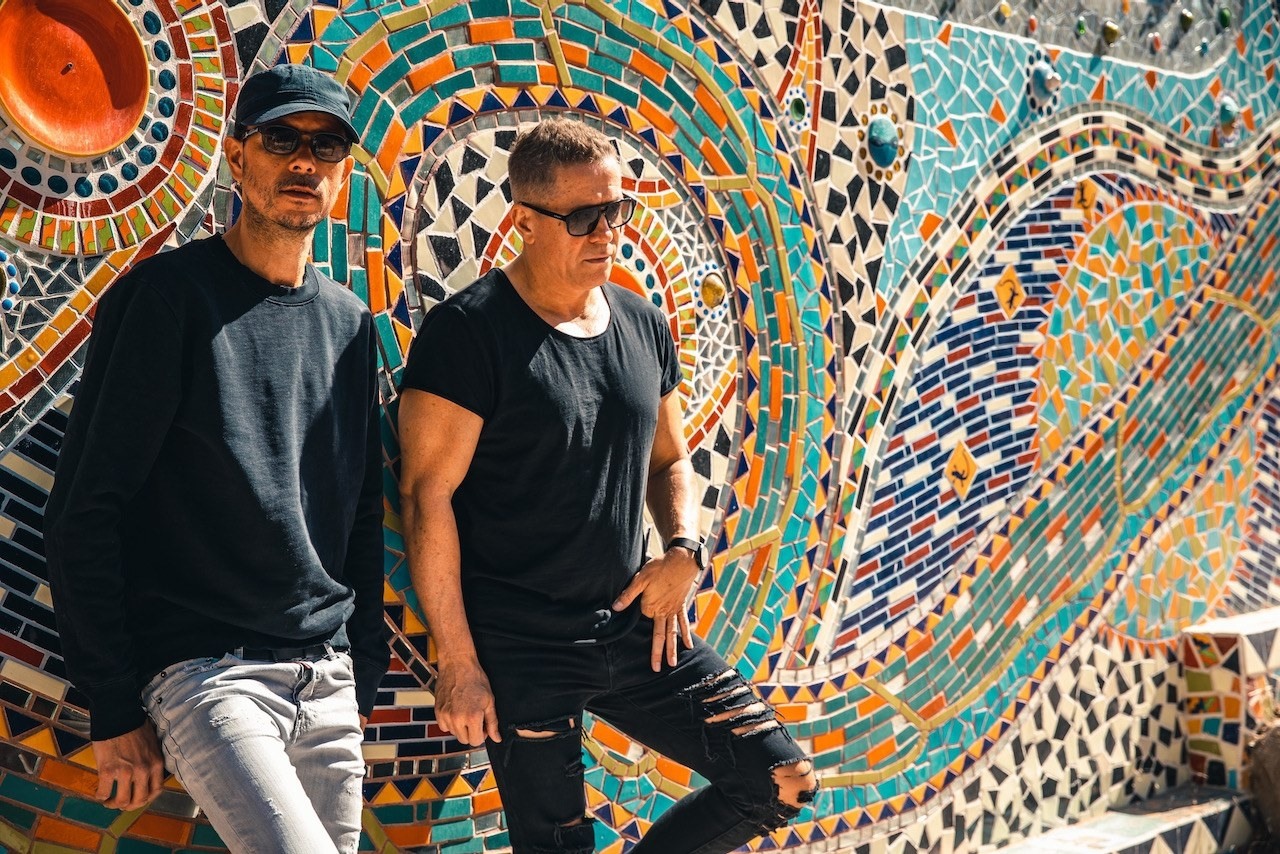 Beloved trance legends Nic Chagall and Bossi AKA Cosmic Gate just dropped a bomb on us with the first stage of their hotly anticipated new artist album MOSAIIK. Trailed throughout the early parts of 2021 by vanguard single releases and stunning livestreams, MOSAIIK contains nine sensational cuts from the GRAMMY-nominated duo.

They say that music is a reflection of the times it is written in, mostly a sonic snapshot of the mood of a society and a window into the soul of the enduring human spirit. When enthusiasm is high, anthemic powerhouses tend to arise, urging listeners to have fun, worry less, and party more. And when morale slips, the tones are somber and lyrics turn towards self-reflection. Arguably, humankind is currently experiencing the latter, and musicians are listening. As producers emerge from the progressive tones of the 2010s, electronic artists have taken a liking towards deeper, techno-driven sounds. The minimalistic approach practically mirrors society’s angst amidst a global pandemic, something Cosmic Gate picked up on and created yet another shift in their musical catalogue.

With MOSAIIK they will be mirroring the same delivery system they adopted by their 2017 Materia albums. Most seasoned Cosmic Gate fans will already be familiar with MOSAIIK release dynamic. Shared across two “Chapters” MOSAIIK‘s ‘II’ styled title is a direct nod to the group’s eleventh artist long-player. In chapter one we find Nic and Bossi embracing the dark corners of the dance floor in a bass-driven techno affair. We were delighted to have a chat with them about their new album and what else inspires them.

The Nocturnal Times: Thank you both for taking the time for this interview. Big congrats on your new album release. You must be pretty excited to finally release this beast to your fans. What does this album mean to you? And what can fans expect from this album? What would you like to tell readers about the entire ’MOSAIIK’ project that they may not already know?

Cosmic Gate: Hey, thanks a lot for having us, we appreciate your time! What can we say, indeed we are so excited ‘MOSAIIK’ is finally released now, even after so many years and album releases ( The ‘II’-styled title a nod to our eleventh longplayer, in case you wonder!), it’s always a special moment when an album sees the day of light.

About the story behind it, somehow after our anniversary album ‘Forward Ever Backward Never,’ it did not just feel like just a new LP, but more like the start in a new era. There were some signs that our fans were as ready as we were. I mean accepting of a deeper, more progressed sound and production direction. No one told us we needed to do this change. We very naturally felt this from within, as we’ve always followed our intuitions over the years.

When the clubbing world was pretty much severed from dancefloors last March, that circumstance gave us even more artistic latitude. Thus ‘MOSAIIK’s music making became less symmetric and floor-focused, and all the more enriching for it. It as weird as it sounds, we somehow became even freer in our work, while life outside was actually the opposite. We tried to take the worst of possible circumstances and turn it into more of a chance and less of an obstacle.

After a fair while, we laid out all of ‘MOSAIIK’s ideas, drafts and demos, and quickly realised that there was so much material, we needed to split it into two again, (as we did before with the ‘Materia’ series).

The Nocturnal Times: This album is jam packed with nine amazing tracks. One might wonder what your personal favorite track is? And is there a story you want to tell us with this track selection?

Cosmic Gate: To be quite honest, we tend to never answer this question, simply, as we’re not able. It’s like asking parents to point out one of their kids is above the others. It’s impossible to choose. All the tracks are our creations and mean a lot. All that matters to us in the end, is that our fans, or new listeners that have not heard of us before, hopefully find some tracks they like, or maybe even love. They put them in their favourite playlist or introduce them to their friends. Then our time in the studio was wells spend and we could not be any happier.

The Nocturnal Times: With this album it feels like you keep re-inventing yourself. Tell us some behind the scenes of producing this album? What techniques do you use to remain original yet so innovative?

Cosmic Gate: Well, we feel its less about the production techniques, and more about the mindset and personal current taste in music when it comes to writing something new. But “reinventing”, this sounds great to us – we take it anytime as a big compliment. To us that means we sound fresh and not like a copy of what we did before. Sure our tastes change over time, and are always already influenced from club music of the 90s, as trance, techno, progressive, etc, have developed and changed.

The Nocturnal Times: You both have been living abroad for some years now. Do you guys miss the good old Germany? And how did moving to the States affect your career? Is it difficult at times to collaborate while living far apart from each other?

Cosmic Gate: Indeed we do both live in the US for round about 10 or more years now. It means we were on the forefront of this EDM movement coming from Europe somehow. We played a lot of great shows, and sure do love living in the US – guess we are fully domesticated!

Still during all this time we traveled abroad for shows a lot. Europe, Asia, Australia, and we will be in Germany at least a few times a year, so we see our families and don’t miss our favourite foods either. That is one of the big perks of the job fortunately. On top to come to the last part of your question, we can work together on music in those times on the road. Living apart or not.

The Nocturnal Times: Throughout the pandemic, you performed some amazing live stream shows. What was your most favorite live stream show? And how excited are you now to be playing in front of live crowds again?

Cosmic Gate: We enjoyed all of these streams and their individuality enormously, but one we like to point to most maybe was the one in San Miguel de Allende, Mexico. It’s just a spectacular charming and gorgeous little city with a lot of surprising cool venues, good food and friendly people. Do check it out if you have the chance and think about us when you do. We had great times doing these streams, we always have fun DJing together. To be very honest though, the energy to play for a crowd is so much better. The chemistry between a DJ and their audience can’t be replaced by anything! So yes, we loved playing these locations and play these streams for you guys, but to be in one room together with a big crowd – nothing can beat that. We are very social creatures and thrive from the energy around us. We hope to see you all on one of our future club or festival shows very soon.

The Nocturnal Times: Do we dare ask – when may fans get a glimpse of ’MOSAIIK’ chapter two?

Cosmic Gate: We do love to test new tunes out, so our tip would be to come to some of our shows in the coming fall and winter. We can’t promise, but won’t deny to catch some glimpses of ‘MOSAIIK’ part 2 during some of those sets either 🙂

The Nocturnal Times: We appreciate taking time for this interview and we know you are busy! Let’s wrap this up with a question. Who is one artist you haven’t worked with yet that you would like to and why?

Cosmic Gate: We were lucky enough to work with some of the most outstanding talents in our scene in the one or other way during the years, no-one in particular we have on a list ready to present now be very honest though. Things will happen. Whats meant to be is meant to be. We will keep Nocturnal Times posted in this regard first. Thanks again for having us, a pleasure as always!