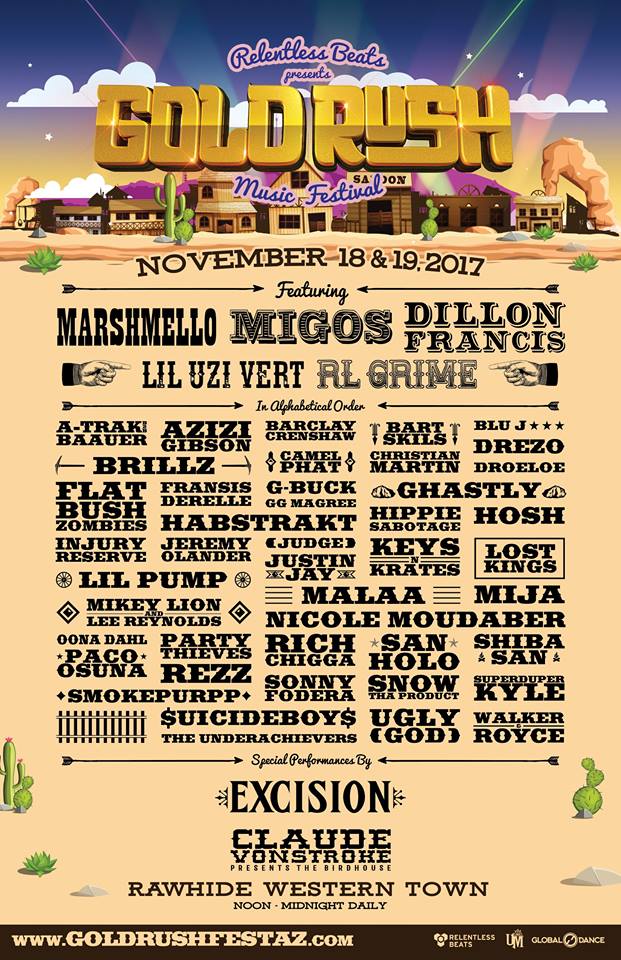 The inaugural two-day Goldrush Music Festival makes its debut in Chandler, Arizona, on November 18 and 19. Centered around a Wild Wild West theme, the Rawhide Western Town will host countless electronic dance music (EDM) and hip-hop acts across both of days of Goldrush.

This year’s Goldursh will be held at Rawhide Western Town & Event Center, which is on the Gila River Indian Community. Serving as the largest 1880s western-themed venue in Arizona, it’s just south of Phoenix, and is already home to events by Relentless Beats, such as Global Dance Festival, BOO! Halloween, Decadence, Crush, and Phoenix Lights Festival.