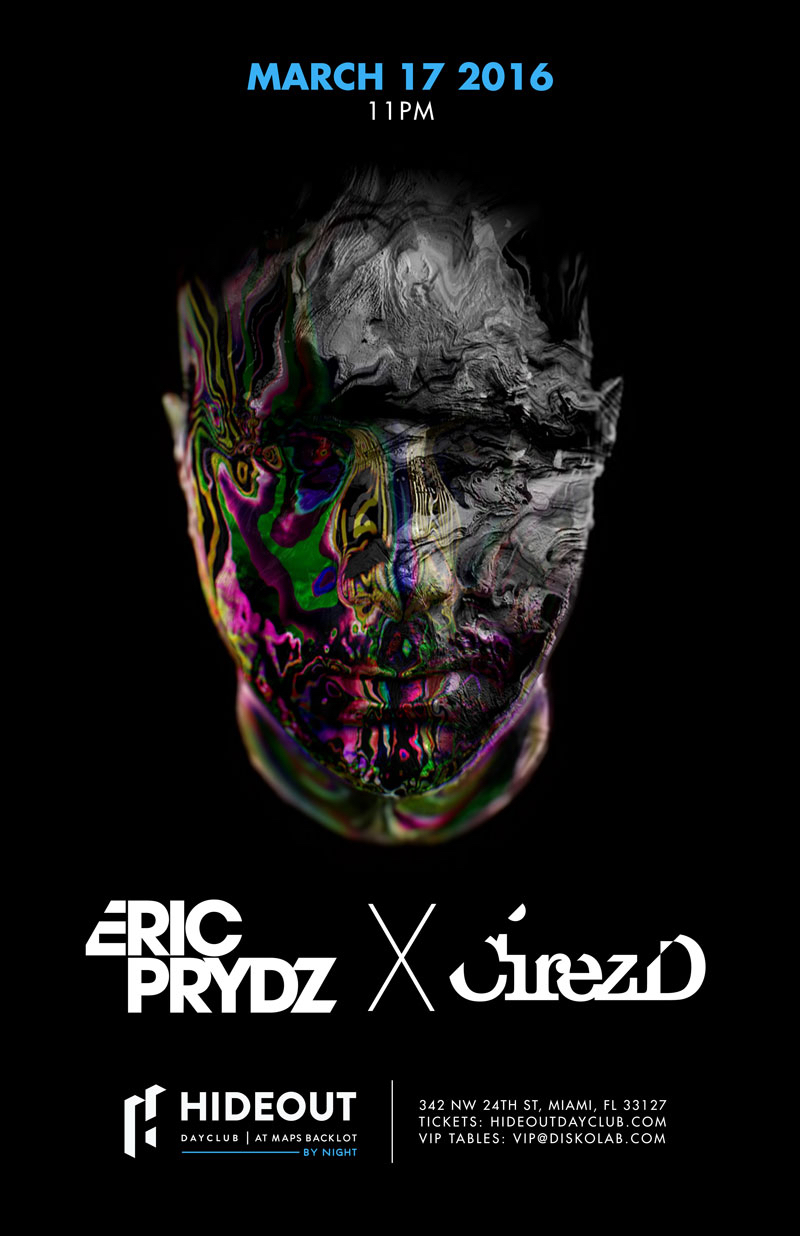 This year, Prydz will headline his own event, Eric Prydz x Cirez D, during the famed Miami Music Week. The event, which takes place on Thursday, March 17, takes over the MAPS Backlot from 11 pm until 4 am for Hideout By Night.

Eric Prydz is known by dance music enthusiasts for his diverse sound, which is seen through his releases under his name in addition to his popular monikers: Pryda and Cirez D, among others. Darker and grungier than releases as Eric Prydz, a Cirez D set is sure to provide a refreshing experience during MMW 2016.

Touring in support of his Opus album, Prydz will stop at New York’s Terminal 5 for a string of three sold out shows later this week (Feb. 12-14).

The 21+ event is presented by DiskoLab. Check this space for more information coming soon.

Tickets for Eric Prydz x Cirez D at Hideout by Night on March 17 are available HERE.