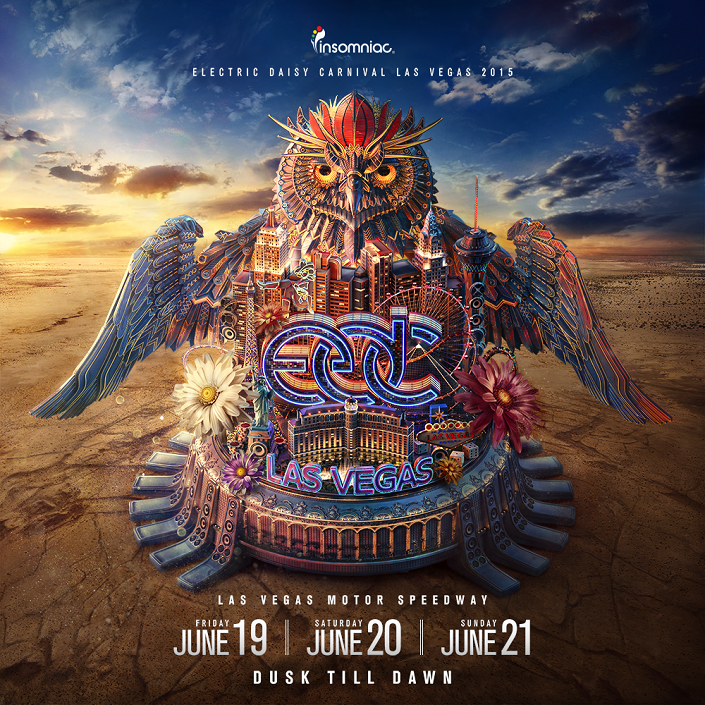 The Electric Daisy Carnival has become a Las Vegas institution, and it certainly shows no signs of slowing down anytime soon. The unrivaled dusk ‘til dawn three-day affair is making its grand return to the Las Vegas Motor Speedway from Friday, June 19 through Sunday, June 21, 2015 for its 19th annual event. Excitement, enrapturing energy, and captivating enthusiasm are assured to fill the desert air as attendees gather for an interactive and compelling experience.

The annual carnival will draw more than 300,000 attendees in its three-day span. The event producers, Insomniac Events and its CEO, Pasquale Rotella, have continued to outdo themselves year after year, curating a city within Sin City each June. EDC is a globally foreseen event, especially among those who are a part of the dance music community. Since making its Las Vegas debut in 2011, EDC has produced $959 million for the local community, residents, businesses, regional charitable organizations, and local governments within Clark County, Nevada.

Making history in continuing their streak of breaking records, EDC Las Vegas 2015 sold out by the beginning of February, before any signs of a lineup announcement.

Will you join us under the electric sky at Electric Daisy Carnival 2015? Providing Sin City with a majestic event of grand proportions, 3-day GA tickets for EDC Las Vegas sold out before an official lineup announcement. It’s not too late to purchase three-day VIP options and tickets, which are available here http://lasvegas.electricdaisycarnival.com.