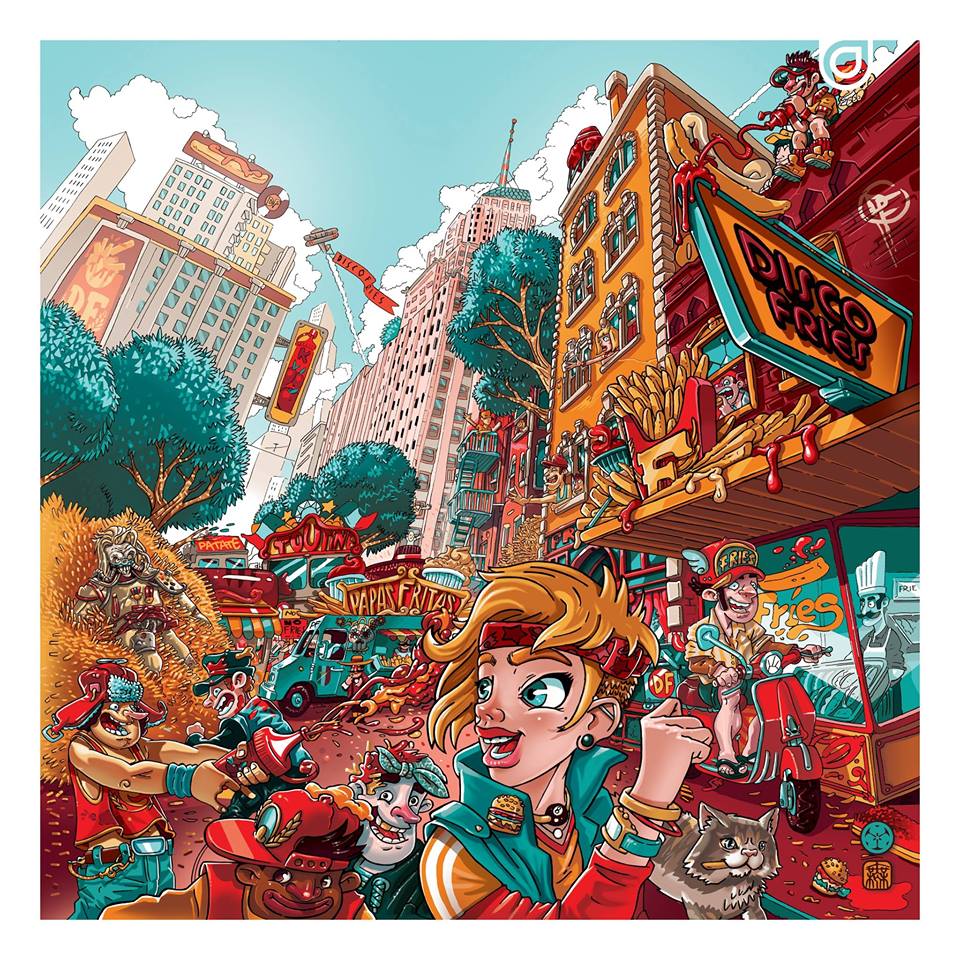 The Disco Fries are starting fires with their new EP DF, out now everywhere via Enhanced Music. Since the Dec. 1st release, it has been gathering up steam and streams with its colorful sounds and versatility.

In the months leading up to the early December release, the Disco Fries teased fans with 4 singles off the EP, including “Moving On,” “Side By Side,” “Is It Over,” and “Reckless.” “Starting Fires” is a smooth and sexy track full of all the best kinds of vibes while “Side By Side” features jazzy beats and soulful vocals. “Is It Over” is an upbeat and dance-y tune with the help of Shanahan and breakthrough Swedish vocalist Shy Martin. The EP is an extension of the Disco Fries themselves, incorporating an assortment of sounds and styles into the final production.

“Over the past two years we’ve been working on a ton of music that we haven’t released. We’d jump styles, genres, and sound sets every couple of months and after a while we finally decided that it was the best reflection of who we are. We’re not one-dimensional artists so there was no reason to release an album of stuff that all sounded similar. “DF” encompasses everything that influences us and makes us creatively tick as the Disco Fries.”

Nick Ditri and Danny Danger have been raking in millions of streams with their genre-blending originals and remixes. Chart-topping hits and top spots on Hype Machine have propelled the pair to where they currently stand. “Side By Side” has been a top-performing jam, hitting #2 on the Hype Machine popular charts last month, alongside their Hype Machine #1 remix of Avicii’s “Without You.”

The guys came together in proper celebration with their release party last night, December 15 at NYC’s Mercury Lounge. Let the Disco Fries’ ever-changing taste and style carry you through as we’re heading towards the final days of 2017.