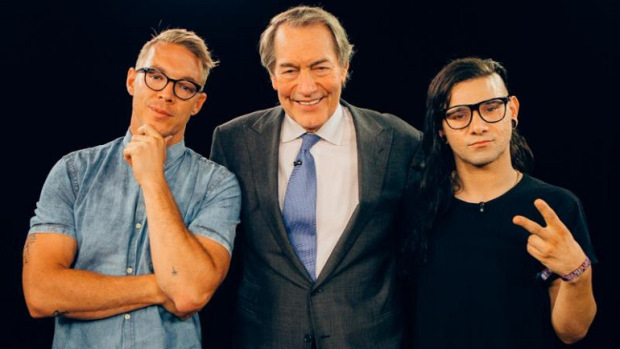 Diplo and Skrillex recently sat down with Charlie Rose to discuss their Jack Ü project. Following the massive success of their full-length debut studio album, Skrilex & Diplo Present Jack Ü, the pair has been hitting some of the world’s biggest music festivals and nightclubs giving fans a taste of their unique sound and signature style.

During the 30-minute discussion, the duo divulges deeper into their collaborative project, which explores their versatility as electronic dance music (EDM) artists. Diplo and Skrillex were called upon on Bieber to provide their production skills on the pop music sensation’s forthcoming studio album. Moore has produced the lead single from the album, “What Do You Mean,” which recently made its highly anticipated debut.