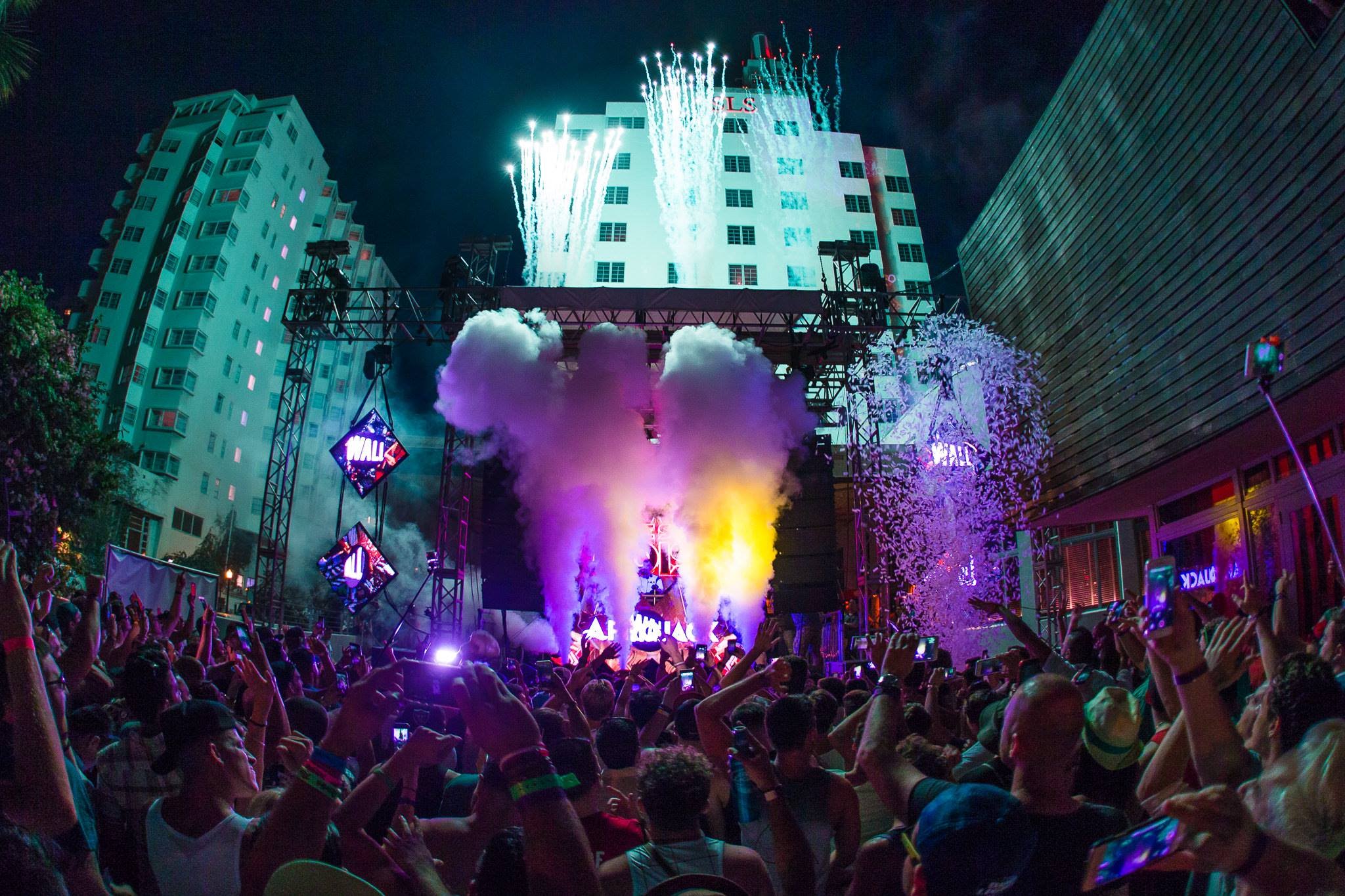 This all-day event was packed with performances by Bad Royale, Lost Kings, EDX, and Lost Frequencies leading up to Dimitri & Mike’s set. Bringing in the night for a close was Ummet Ozcan, who tore the nonexistent roof off of Hyde Beach.

The duo played many of their famous hits like “Tremor” with Martin Garrix, “Higher Place” featuring Ne-Yo, “The Hum” with Ummet Ozcan, and “Hey Baby” with Diplo. The crowd was feeling their Greek-inspired roots that bled into “Opa!” and really changed up the tempo.

Another one hyping up the fans was their transition from The Weeknd’s “Starboy” to Sebastian Ingrosso’s “Reload,” both upbeat fan favorites. Dimitri and Mike finished off their impressive performance with their upcoming single, “All I Need,” which will definitely give you the feels.

The outdoor space was intimate while fans congregated together right in front of the stage, surrounded by comfy lounge chairs and VIP tables. The setting had a wild jungle-type feel, while the backside of the SLS towered over the DJ booth. Colorful images, patterns, and people were projected onto the side of the building above the stage, giving fans a much larger scene to gawk at.

This truly monumental performance by such iconic electronic music stars was the perfect demonstration of what Miami Music Week is really about. All of the performing artists’ talent shone through and permeated the souls of those in the crowd, who were all vibing in unison under the night sky.