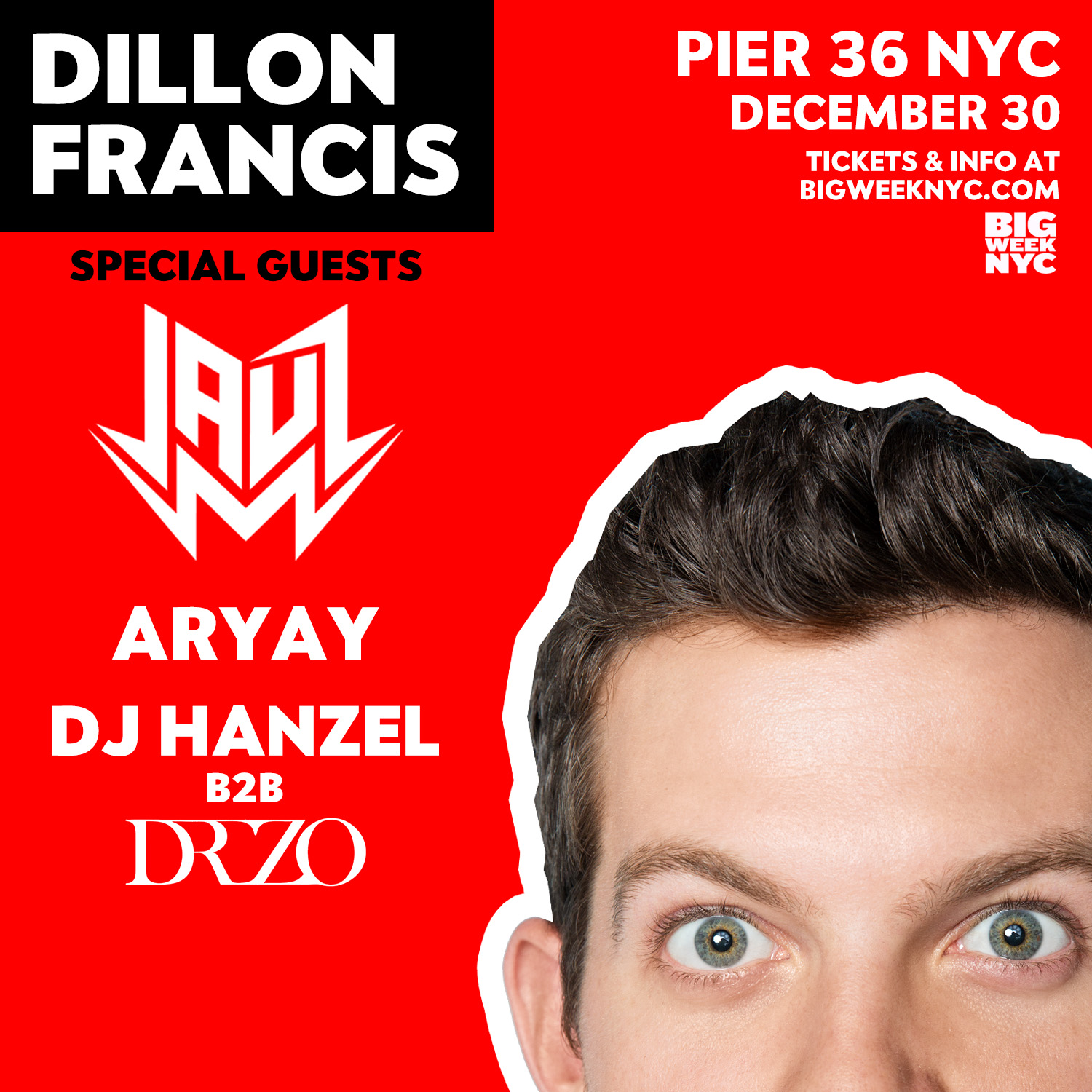 Brave yourselves, New York: Big Week NYC is hitting the city that never sleeps for a weeklong string of events with some of dance music’s heaviest hitters.

Pier 36 will be transformed into a larger-than-life nightclub on Dec. 30 as the creator of the 2015 7-track EP “This Mixtape Is Fire” takes his place behind the decks for two sets.

Dillon released several high-energy remixes throughout the year, which includes “Imperium” by Madeon, “Nuclear” by Zomboy, and “Omen” by Disclosure. Surprising partygoers Dillon announced the return of IDGAFOS Weekend this month making it the 4th annual event.

The comedic DJ/Producer is familiar to dance music lovers for tracks such as: “Bruk Bruk (Need Your Lovin),” “Get Low” with DJ Snake, “Set Me Free” with Martin Garrix, and “Without You” Featuring Totally Enormous Extinct Dinosaurs.

Listen To His “This Mixtape Is Fire” EP: