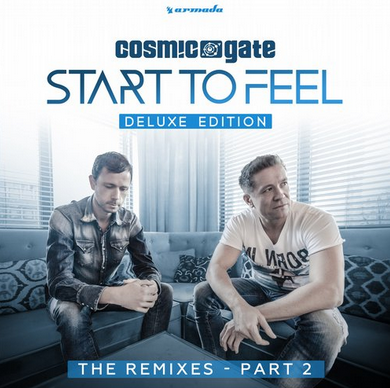 Cosmic Gate has released the second installment in the “Start To Feel” remixes series, which is a glorious follow-up to the first of three remix EPs in the pack.

“Start To Feel (Deluxe Edition) – The Remixes – Part 2” has been released on Cosmic Gate’s Wake Your Mind Records, which is an imprint on Armada Music. The tracks included on “The Remixes – Part 2” are: “Alone,” “Sparks After The Sunset,” “No One Can Touch You Now,” and “This Will Be Your Happyness.”

The second of three extended remix packages is available now on Beatport.

Airwave Mixes ‘In The Mix 001: Progressive Sessions’ on Bonzai Progressive