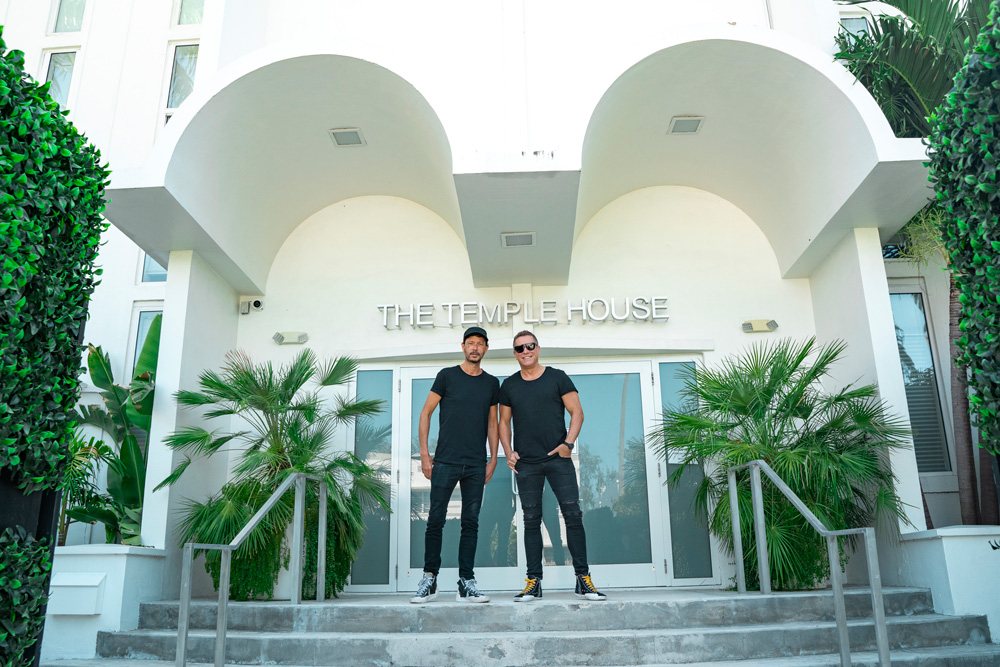 Coming up on On Saturday October 3rd, Cosmic Gate will perform For Your Mind – a two-hour concert from Miami’s The Temple House dream factory, a place where the only real limitation is the artist’s imagination.

Globally recognized and award winning for its 360-degree projection mapping, the venue will host two Cosmic concerts in their digital environment, delivering shows the exact likes of which have never been seen before.

The shows will feature a wealth of new and exclusive Cosmic-composed music, and each track will be accompanied by its own thematic take-you-there graphics. Cosmic will of course be featuring “Universal Love” and “Your Mind.” Two weeks later on Saturday October 17th Nic & Bossi will be back with their second concert The Classics (more details of which will follow). You can check out this amazing teaser video and catch a glimpse of what’s in store here .

Living in different cities and unable to meet during lockdown has been a surreal experience for two artists accustomed to spending 50 weekends a year together. The concerts will be the first time Nic & Bossi have spun together in six months, doubtless adding an extra level of expectation to the performances.

“The Temple House is a place where – digitally – our wildest ‘wanna-play-there’ dreams come true. So for two Saturdays in early autumn, push back your couch, zoom up the brightness (& volume!) and join us for some shows that’ll bring us together for an experience we’ll never forget!” – Nic

Tickets for Cosmic Gate In Concert are $9.99 USD for each show or $15.99 USD for both events, with limited early bird tickets available now through cosmicgate.tixr.com . You can find regional streaming times for the show below, which will also be available to watch/re-watch video-on-demand-style two hours after their first broadcast.

Tixr’s live chat will also be enabled, allowing you to talk with friends locally and internationally throughout the show. Limited virtual meet & greet tickets are also available, allowing you and other fans from around the world to video-chat to Nic & Bossi just prior to concert time. The site’s also carrying a limited edition merchandise line featuring a dedicated t-shirt, Cosmic Gate In Concert flag and CG’s most recent album, 20 Years: Forward Ever Backward Never.