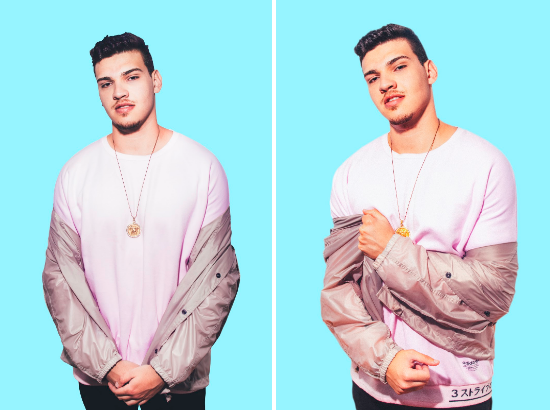 Brazilian house arrives with his latest single “Guap,” out now via Pinnacle Collective and officially premiered by Your EDM. An effortless cohesion of punching basslines and splintering vocal chops spanning a five-minute run time, “Guap” comes as a dark house masterpiece. Complete with all there is to love about deep house, musical darkness aims straight for the soul, and attacks with captivating, brooding bass.

“Always keeping his listeners guessing, Malive delivers a trip many, many years into the future of house with his latest installment, “Guap.” The Brazilian producer serves up groovy punches and a fat baseline with a powerful side of vocal chop. A sound big enough to feed the whole family. We could use a thousand words to describe it, take a listen and see for yourself.” – Pinnacle Collective

In just three short years, 22-year-old Brazilian producer and composer Vinicius Lima (Malive) has become one of the most talked about up-and-coming artists in the industry. Fascinated with music at an early age, he became very infatuated with hip-hop and continued to grow towards other genres like dance and electronic as he was exposed to more and more. Teaching himself to produce was no easy feat but he successfully became a producer for Brazilian hip-hop collective 1 Kilo, where his productions now have close to 30 million views on YouTube alone.

Today possesses a unique and eccentric sound and style – a refreshing break from a lot of what’s currently dominating the scene. As a tech house producer, he caught the attention of Tchami and MALAA in 2018, resulting in multiple releases through Tchami’s CONFESSION label, including an official remix for MALAA and his original Heaven EP release.

An innovator in his lane of house music, the 22-year-old producer doesn’t have your typical “DJ-coming-of-age” story. Malive studied music at UC Berkeley in California, adding some serious production techniques to his already impressive musical arsenal. Certainly a 2019 artist to watch, Malive has much more house on the horizon just waiting to be shared with his growing fanbase.

You can catch Malive this month at one of his tour dates below:

Related Topics:malivepinnacle collective
Up Next

Graves Ignites us with ‘Far From Here’ 7-Track EP