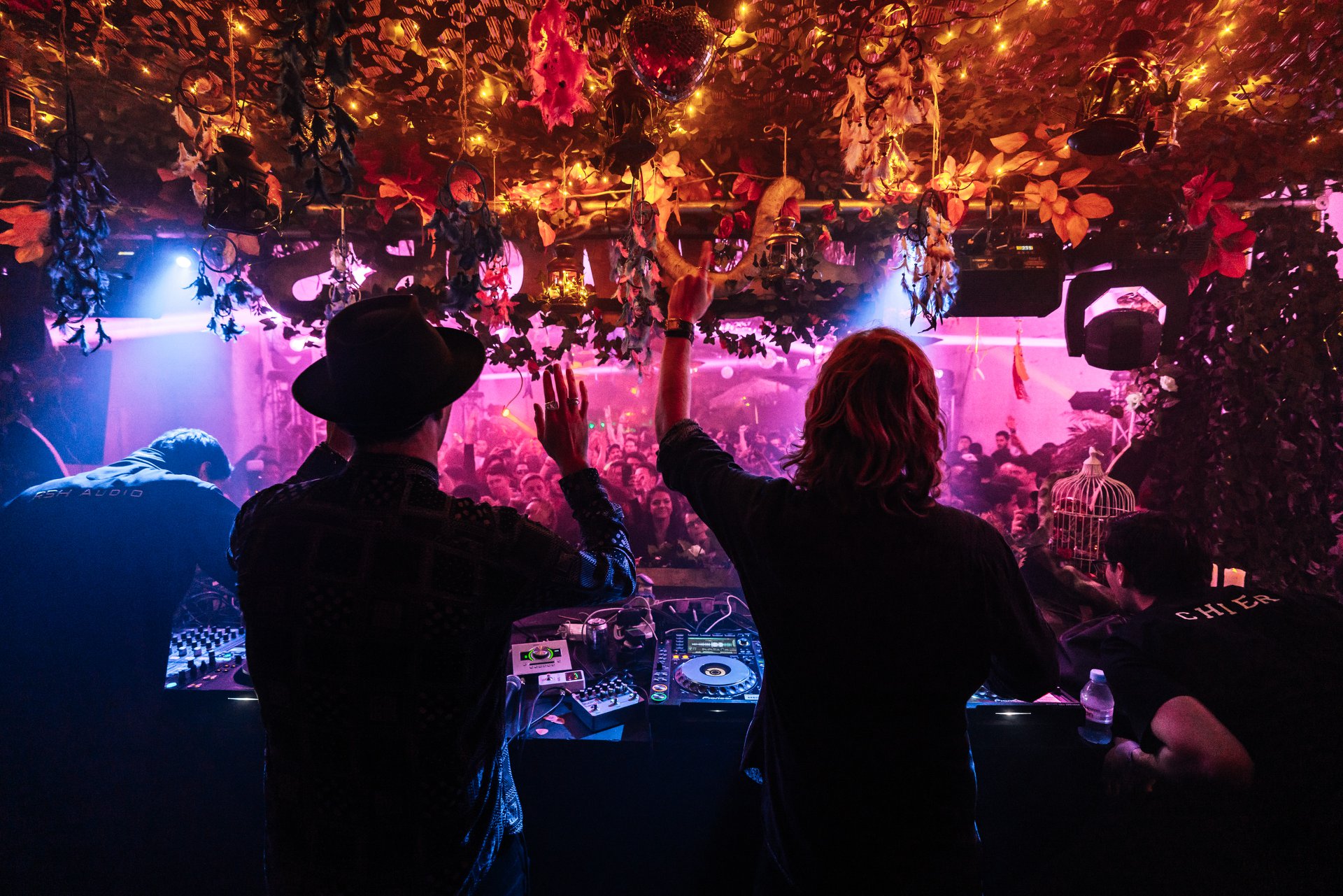 To celebrate their new single “Desire,” Bob Moses and ZHU have partnered with CTRL5 to create a one-of-a-kind interactive animated video directed by Owen Brown (behind projects for Barack Obama, Jay-Z, Budweiser, and SOFI TUKKER). All were feeling the creative limitations caused by quarantine, so the entire team felt it was necessary to find an immersive way to produce exciting ‘new normal’ visuals for the track. The song will also appear on the new Bob Moses album Desire, slated for release August 28th.

The interactive element is derived from layering a red-filtered animation over a blue-filtered animation to tell two stories about desire at the same time. When using this custom-made interface on eko, the audience is able to choose whether to see a blue-filter story, a red-filter story, or to watch both with the filters intertwined. By using this effect, viewers can explore the heartfelt moments in the video such as heartbreak, just as in real life. This can be seen in one example where when both filters are turned on a character’s face looks normal, but when applying the blue filter, the audience discovers a woman crying. However, by applying the red filter, they see a face in love.

In another example, the filters make a healthy red heart into a blue heart on flames. This goes even further when it shows their relationship dying and the characters turn into skeletons. In some scenes it shows characters embracing each other lovingly or a man and woman wishing for someone who is no longer there. The filters also function to make characters appear and disappear.

CTRL5 is behind this exciting interactive experience and they are the first creative agency for artists. Their goal is to help major artists form consistent visual identities and stories that come to life. They have previous helped artists including, SOFI TUKKER, Thutmose, CAL (Timeflies), Niia, and the GRAMMY-winning group, A Great Big World. As they work with artists in an agency of record model, they guide the creation of all content that an artist makes in a record release campaign. Meaning, they do not just lead the creative aspects, but also strategy and partnerships. In addition, they take pride in working with brands that support their clients. They have worked with everyone from Apple Music to Google to Sofar Sounds. They are currently Sofar Sounds’ creative agency, working to help them develop worldwide creative campaigns as they work with brand partners.