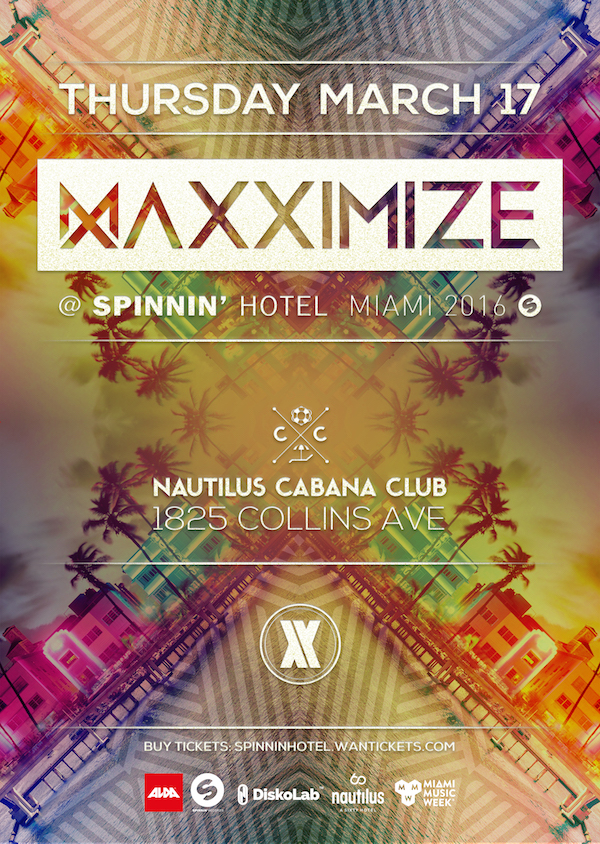 Interested in Maxximizing your Miami Music Week experience? No problem! Blasterjaxx and friends, are throwing their very first Maxximize Records pool party ever, at the Spinnin’ Hotel 2016, located at the Nautilus Cabana Club.

The event will be held on March 17th, 2016, from 12PM to 11PM, and features a ridiculous lineup, which Blasterjaxx recently announced via Facebook video. DJs such as Dannic, Danny Avila, Firebeatz, MOTi, Breathe Carolina, Tiger Lily, Angemi, Jewelz & Sparks, Luccio, Yves V and many more unannounced guests, will be joining Blasterjaxx for their premier pool extravaganza.

Blasterjaxx has continued to shock their fans, especially after their sold-out Maxximize event at the popular Governor’s Island in NYC, last August. A month later, the duo announced the launch of their very own record label, a joint venture with Spinnin’ records. Their recent Maxximize event at the legendary Hammerstein Ballroom left fans speechless and begging for their return.

This party is first of its kind, so grab your swimwear and join Blasterjaxx at what is sure to be an unforgettable highlight of this year’s MMW.