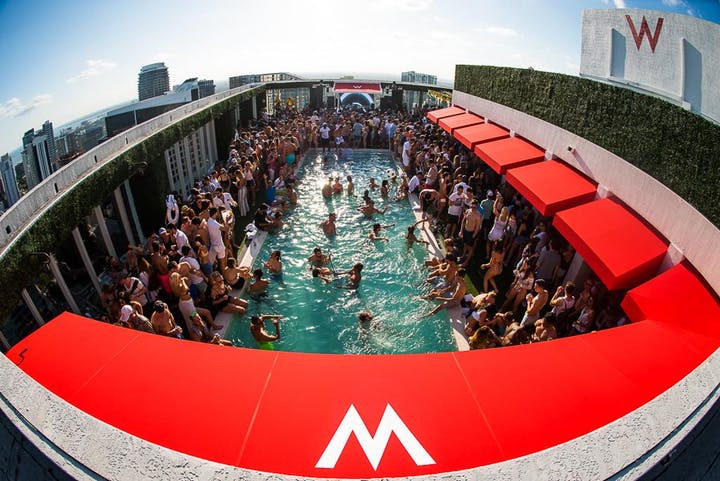 Dance fans had an incredible time at Bingo Beach, which brought the hype to the rooftop of the W Miami for the perfect end to Miami Music Week. This pool party had a stacked lineup featuring: Zookeeper, BRKLYN, Ben Nicky, Felva, Goshfather, DallasK, Chuckie, Shaun Frank, and headliner/host, Bingo Players.

The 21+ event spanned for 9 hours from the early afternoon until night in one of the nicest hotel venues in Miami. Lines were out the door to get in, and all of the tickets were completely sold out. All concert goers felt exclusive attending, especially since an elevator had to be taken to reach the 50th floor.

By mid-afternoon, the venue was totally packed due to the swarms of people wanting to see one of Bingo Players ever-energetic sets. It seemed that nobody wanted to leave either because the talented support never stopped spinning fire tracks, and the amazing view from the top was breathtaking. The energy kept building up with every set until Bingo Players blasted their beats at the end of the night. Although this event overlapped with the second day of Ultra Music Festival, there was no competition in throwing an unforgettable party during the craziest week in Miami.