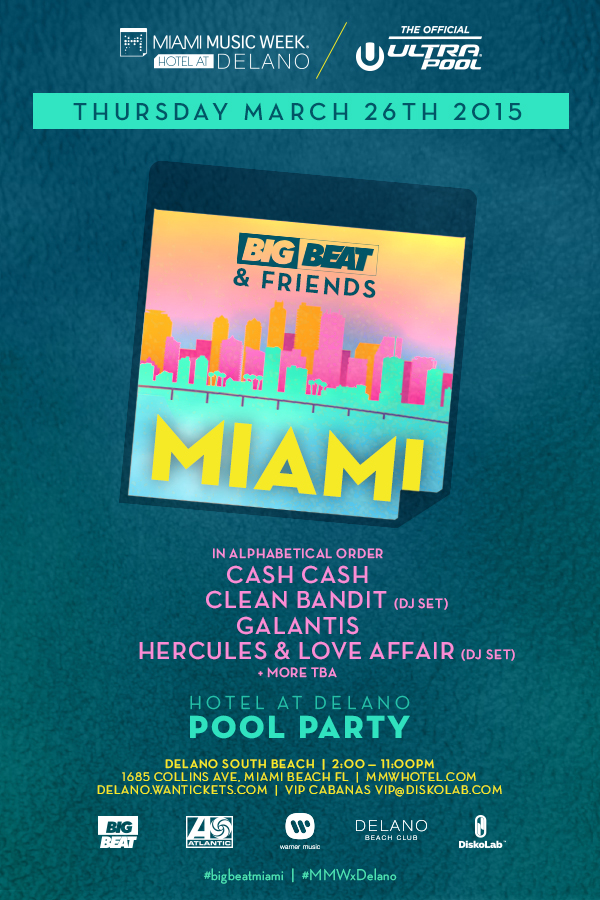 The Hotel At Delano is the official Ultra Pool of Miami Music Week, and on Thursday, March 26, 2015, Big Beat Records is taking over the space. A jam-packed lineup for the Big Beat & Friends event at the Delano South Beach includes some of the labels biggest talents among others to be announced.

Cash Cash are known for their radio hit “Take Me Home” featuring Bebe Rexha. Headliners Clean Bandit are responsible for their successful production “Rather Be” featuring Jess Glynne, which won the 2015 GRAMMY award for Best Dance Recording. Galantis had one of the biggest dance tunes of 2014 with “You,” which saw a highly successful remixes from Kaskade and Tiesto.

The Hotel At Delano Pool Party begins at 2 p.m. and lasts until 11 p.m.