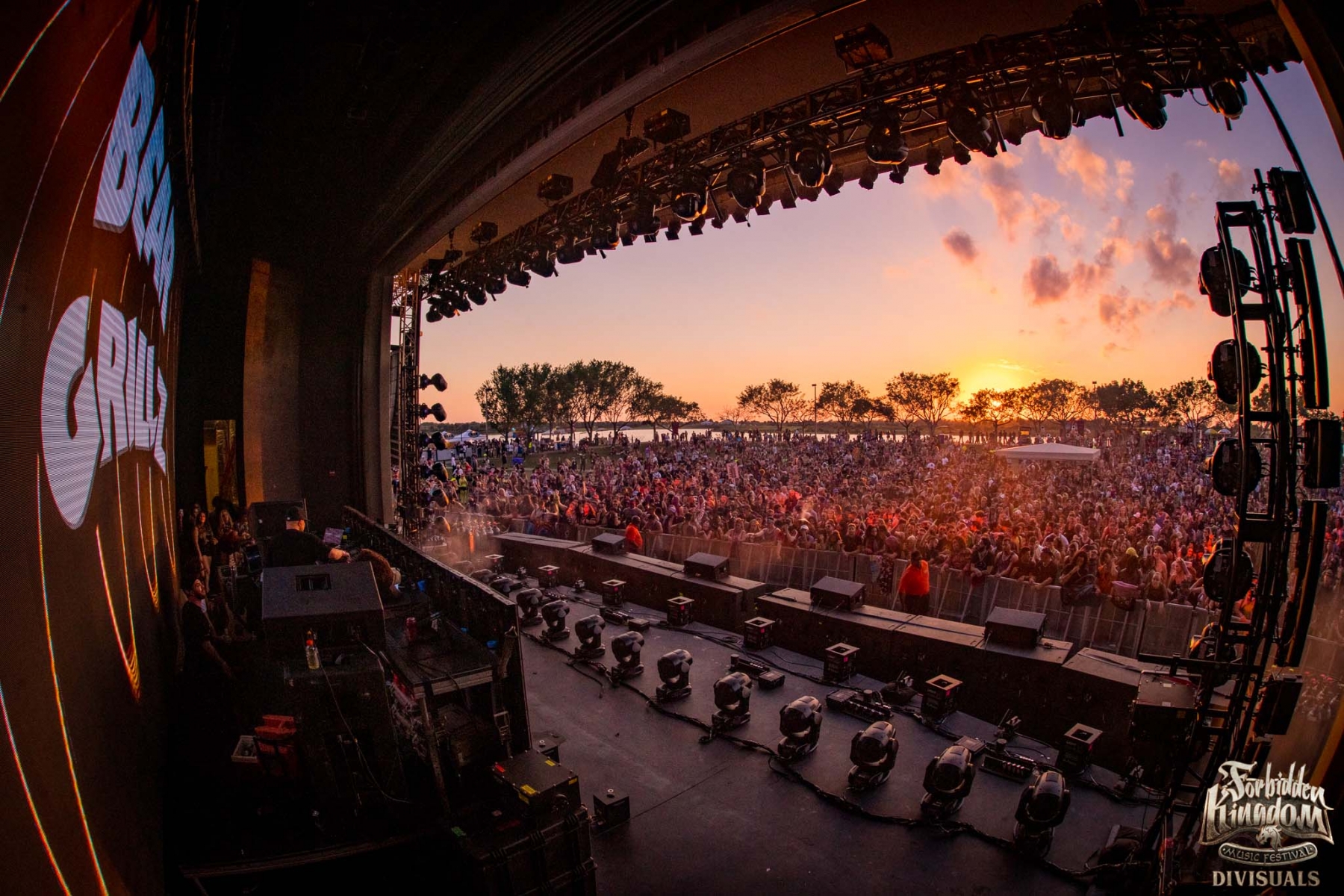 Sunset Cove Amphitheater in Boca Raton showcased all of the wubz and dubz to the EDM fans at Forbidden Kingdom Music Festival, which ran this past weekend, February 16 & 17. This year marked the festival’s debut in South Florida with a single dragon fiery mainstage accompanied by a silent disco, beautiful venue, and energizing crowd.

Forbidden Kingdom successfully brought together some of the top dubstep artists, which fueled the festival for both days.  This top-tier lineup allowed festival-goers to seamlessly jam from one set to the next, and featured final performances by the fan favorite, Excision, on both nights. It wasn’t just Excision or his b2b festival wrap up set with Dion Timmer that stole the show – artists such as Adventure Club, Zomboy, 12th Planet, Doctor P, Bear Grillz, Midnight Tyrannosaurus, Dubloadz, Funtcase, Squnto, and Sullivan King performed captivating sets that brought out the recognizable South Florida “turn-up attitude” all day. The combination of these high energy artists and rowdy crowd with the up-close venue created an unmatchable music setting.

Although the festival’s venue only held about 5,000 people, this allowed for a touch of intimacy that is often lacking at major music festivals.  Forbidden Kingdom recognized this and did not disappoint with additional activities and ambiance that the major festivals we know and love also have. Festival-goers could enjoy the silent disco, pose for photos with the costumed performers or against the backdrop of the sunset over the water, grab some frozen drinks at the multiple pineapple drink stands located throughout the grounds, take a seat on the shaded, roomy and soft grass while still having a clear view of mainstage and most importantly, but often overlooked, USE REAL BATHROOMS. That’s right ladies, multiple options for real bathrooms with over 10+ stalls in each that were clean 100% of the festival time. This may be something taboo to talk about, and even judge a festival by, but is valued heavily while in the moment and trying to hurry to get back to the fun. The luxury of having a mirror, water fountains, close parking, chill areas, and a room to dance paired with an awesome stage and sound is something that made Forbidden Kingdom really special.

The inaugural year of Forbidden Kingdom was one for the books; from the solid to the location with small luxuries, to the wild crowd, we certainly think it will be one of many more for the bass scene in South Florida.