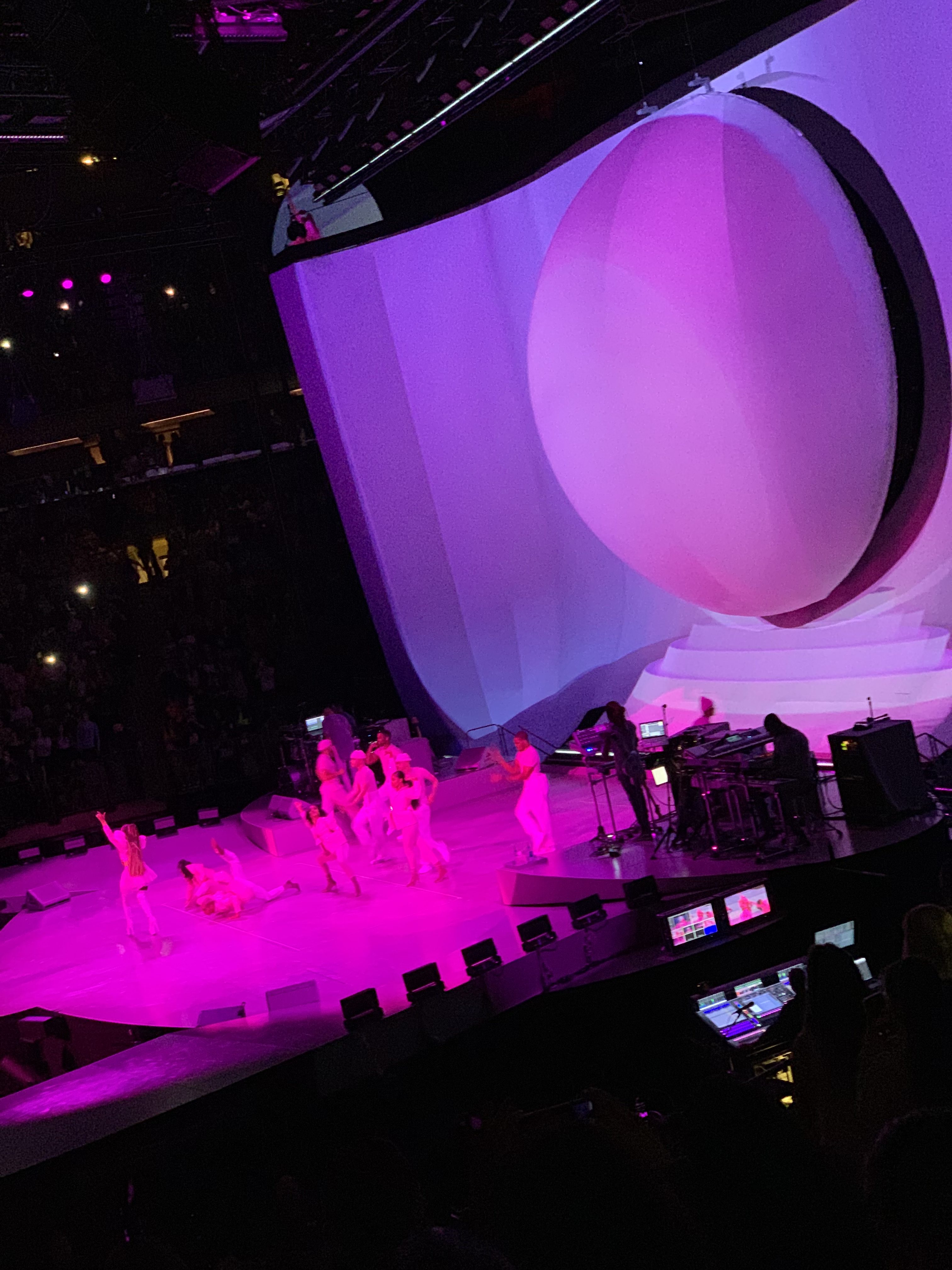 After seeing Ariana Grande’s Coachella set (lived streamed from Couchella, that is), we thought we might have already had an idea of what we were in store for as we embarked on the Wednesday, June 19th Sweetener (and Thank U, Next) tour stop at Madison Square Garden. Needless to say, the extended, theatrical, and larger-than-life spectacle was an experience which showcased the world’s biggest pop star, Ariana Grande, deservingly at the forefront.

Ariana’s 5-act tour setlist incorporated songs from her latest two full-length albums, Thank U, Next and Sweetener. Both released through Republic Records, Thank U, Next and Sweetener both shattered streaming, video premiere, and Billboard records, respectively. The hits didn’t stop there. The soon to be 26-year-old  powerhouse wasn’t forgetting about the diehards, including tracks from her previous albums Dangerous Woman, My Everything, and Yours Truly, along with several standalone singles or features.

“Raindrops” begins Act 1, followed by “God Is a Woman,” “Bad Idea,” and “Break Up With Your Girlfriend, I’m Bored.” By this point, the crowd was the furthest thing from asleep, but Act 2 starts with “R.E.M.” followed by “Be Alright.” From this point on in the act, the energy was kicked into high gear as Grande proceeded with “Sweetener,” “Successful,” “Side to Side,” “Bloodline,” and “7 Rings,” which was fully equipped with a pink car, center stage.

From “Love Me Harder” & “Breathin” to “Fake Smile” & “Make Up”, Act 3 began with newer tunes before Ariana threw it back to “Right There,” “You’ll Never Know,” and “Break Your Heart Right Back.” The sphere, which was only partially visible throughout the majority of the show, fully descended during “NASA”, with a fully immersive visual display. Finishing strong with “Goodnight n Go” and keeping the outer space vibe alive, Act 4 kicks off with “Everytime,” into “One Last Time,” “The Light Is Coming,” and “Into You.”

The vocal powerhouse is a true entertainer — singing live, many costume changes, dancing for a majority of the numbers, all while truly enjoying what she does. Her energy is contagious, stage presence electric and passion is undeniably radiant. Act 5 included a few of Grande’s biggest hits: “Dangerous Woman,” “Break Free,” and “No Tears Left To Cry.

When it came time for the encore, as attendees chanted “ARI-ANA”, Grande enters centerstage from below to sing one of her biggest career hits to date, “Thank U, Next.” The ode to her heavily-publicized breakup with Pete Davidson and past relationships earned anthemic status. Closing out the night with explosive confetti showers, “Thank U, Next” capped out the 30-track, 90+ minute ensemble, patrons were seen filing out of the venue with smiles on their faces.

The final stop of Ariana’s 4-night sold out Sweetener stint in NYC took place at the World’s Most Famous Arena — Madison Square Garden. Grande had previously played an additional night at The Garden and two nights at Brooklyn’s Barclays Center earlier in the week.  Looking after Ariana Grande is Scooter Braun & Allison Kaye at Scooter Braun Projects. The team is also the force behind successful acts like Justin Bieber, Demi Lovato, Martin Garrix, Steve Angello, Lil Dicky, Dan + Shay, and many more.