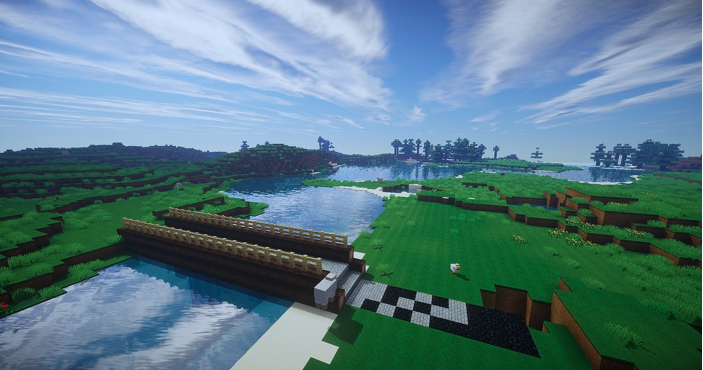 A year ago, the idea of a full-fledged electronic music concert taking place within the world of Minecraft would have sounded incredibly bizarre. In 2020, however — when pandemic-fueled changes in society have fueled everything from Zoom happy hours to the return of drive-in movies — it sounds like an idea worth looking into! And in fact, this is something that’s already happened, such that the question isn’t whether it works, but whether it might represent the future (or at least near future) of electronic music.

In case you missed it, a “virtual Minecraft concert” was scheduled for July of this year. And though it was subsequently postponed, the concept was massive. The “Rave Family Block Fest” was set to include hundreds of artists and 65 hosted stages, and $10 tickets were sold to countless fans. The setup even allowed virtual concertgoers to head in early and build up festival campsites of their own, from which to take in the show.

It’s an incredibly creative concept, particularly during a time when holding a real-life show anywhere close to the same size is simply out of the question. And though this particular event didn’t work out as scheduled, there are actually several reasons to believe similar concepts will be tried frequently in the near future.

First is the fact that real concerts may not be back for a while. While it’s largely understood at this point that we won’t be seeing major musical events in 2020, a Lollapalooza founder weighed in on concerts recently and indicated that he doesn’t expect to be attending any in 2021 either. That’s not a guarantee by any means, but it speaks to the possibility we’re facing. It may be unsafe to hold major live events until 2022, and that incentivizes experimentation. The fact is, Minecraft (or something like it) might give people the closest thing they can have to public shows, for a while at least.

Another reason this might work out as a long-term solution is that it’s actually pretty easy for artists to pull off. Minecraft is a suitable venue because, as some have put it, you can basically do whatever you want to in this game. While it takes a great deal of effort and organization, venues can be built, events can be scheduled, and music can be broadcasted to massive audiences — all on a platform that already exists. If you think of Minecraft not as a game, but from the perspective of someone tasked with setting up a virtual music festival, it’s actually sort of perfect.

From the perspective of performers, meanwhile, it’s also relatively straightforward to contribute. The music at the aforementioned electronic Rave Family Block Fest was not intended to consist of live broadcasts, but it was about live recordings that artists could send in (as opposed to just tracks off of albums). And this is easier in 2020 than it ever would have been before simply because artists can now bring studio-quality equipment into their homes. For vocal recording, the Audio-Technica AT2035 Microphone rivals studio-grade condensers, and can connect to a computer via a simple USB cable. For electronic sound and editing, most artists involved in an event like this already have equipment and software every bit as good as what they’d use on stage. And for general sound quality, acoustic panels are readily available, and can turn the right room into a makeshift studio. These simple tools and accessories can help any artist to turn in fantastic-sounding performances that can easily be sent in to virtual concert organizers.

So, all things considered, this seems like a pretty sound idea. Real-world concerts are gone for a while, Minecraft is ready and waiting, and this is easy enough for artists to pull off. Throw in the fact that 126 million people play Minecraft each month — meaning there are huge audiences essentially built in — and Minecraft concerts and music festivals start to seem like no-brainers.

This is something that’s going to be happening. Whether it’s the future on electronic music probably depends in part on just how long it takes for us to feel safe at music shows. For the next year or so though, we’d expect to see some pretty exciting shows being organized in Minecraft.