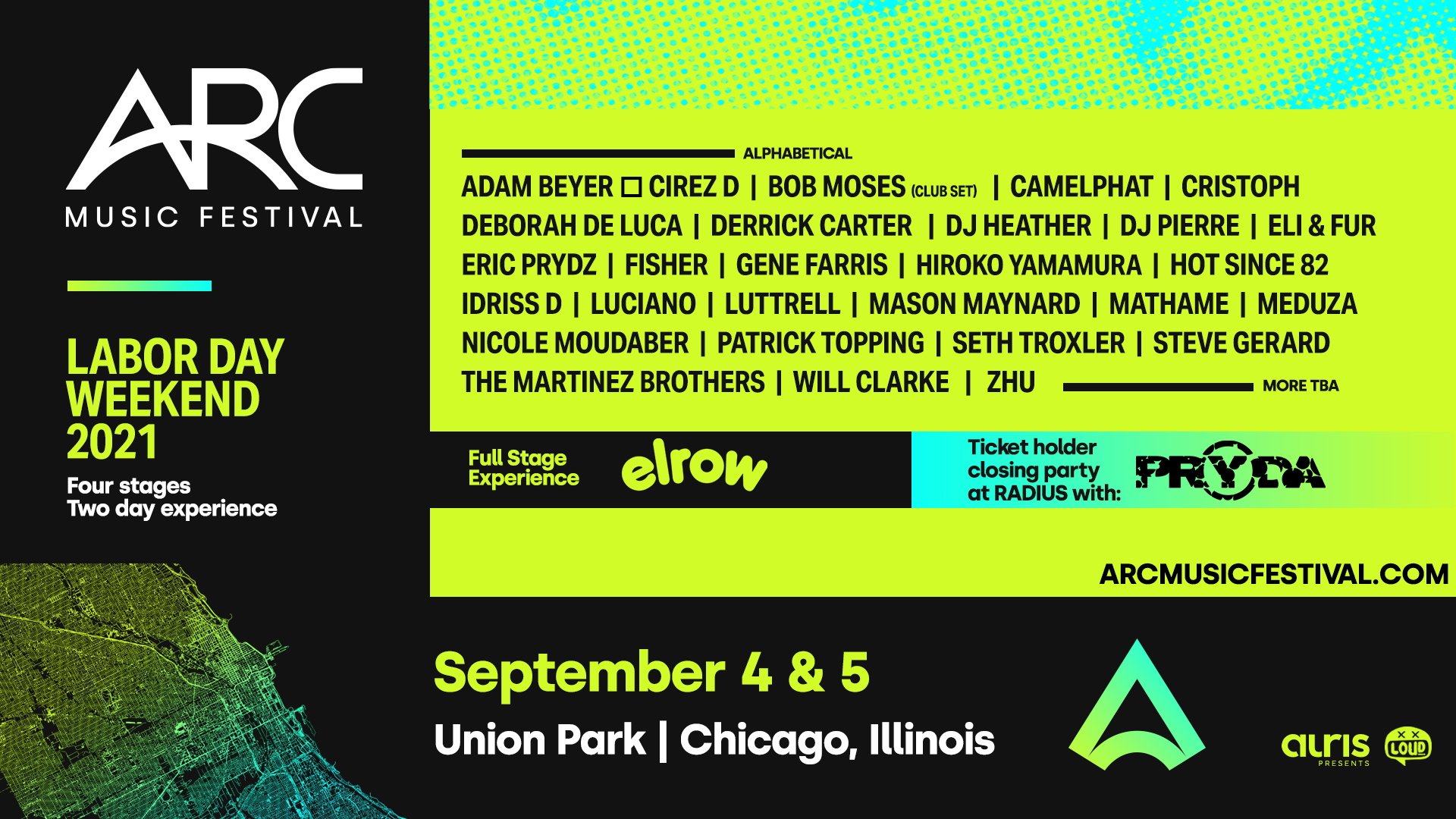 Sweeping through Chicago for its debut edition, dance music fans are already counting down to Labor Day this year for ARC Music Festival, taking place September 4-5 in Chicago’s Union Park. The home of house music is going to be shaking at its foundation as top A-List talents from the electronic scene are coming to blow the roof off of ARC. Tickets go on sale Thursday here.

From the basement clubs of Europe, to the beaches of Ibiza and Tulum, to iconic festival stages around the world, each setting has had its own lasting impact on the sounds born from the warehouses of the midwest. ARC will act as the energizing force by which electronic music’s vast scenes and tribes may converge for an immersive and distinctly Chicago experience, representing the home of house music which has ironically yet to be represented on the global festival circuit.

Additionally, ARC is boasting another particular specialty which is all things Eric Prydz. ARC will be the first-ever event to host all three of his world-renowned alias projects in a single weekend. There’s no doubt these global fans are going to be pouring in to witness history of one of the biggest names in the industry dive deep into three extravagant performances. ARC is marking the US festival debut of Cirez D alongside Drumcode icon Adam Beyer, as well as Pryda and Eric’s staple set.

Highly acclaimed Spanish party Elrow is making its North American multi-day festival stage takeover debut at ARC as well. Here, attendees will find Elrow’s classic and radiant stage design, brilliant performers, imaginative elements, and state-of-the-art production all in one zone within Union Park. ARC is extending itself far beyond just music. ARC is building itself on delivering cutting-edge experiences that mirror the culture and artistry of Chicago. Its four immersive stage atmospheres will bring Chicago and its art scenes to full center stage.

Related Topics:ARCARC music festival
Up Next