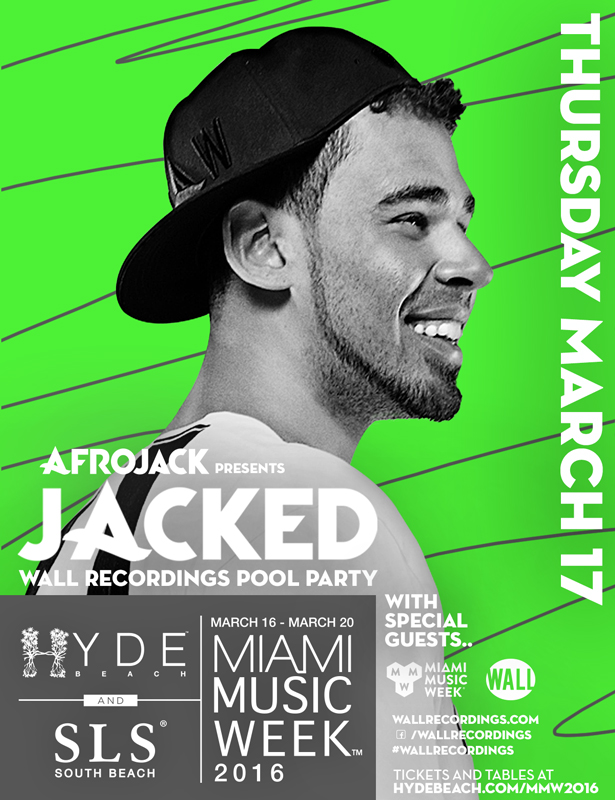 This upcoming MMW just became even more JACKED! Afrojack will be taking over Hyde Beach and SLS South Beach, at the Jacked Wall Recordings Pool Party.

The event will be taking place on Thursday, March 17th, from 12PM to 10PM, before he headlines the main stage at Ultra Music Festival, that following Saturday.

Afrojack recently debuted his single “Hey,” featuring Wall recording artist and childhood friend, Fais. After teasing the crowds at a few festivals last year, Billboard Dance finally premiered “Hey” on February 26th, which was shortly followed up by the release of its own music video. This track, a softer sound than his past music, is a clear reflection of the new sound that the Dutch House style DJ has come to embrace.

According to fans on Twitter, his recent performance at Ultra South Africa was one for the books! This begs the question, what will he have in store for Miami?

The lineup for his Hyde Beach event has yet to be unveiled, but it’s sure to be stellar.