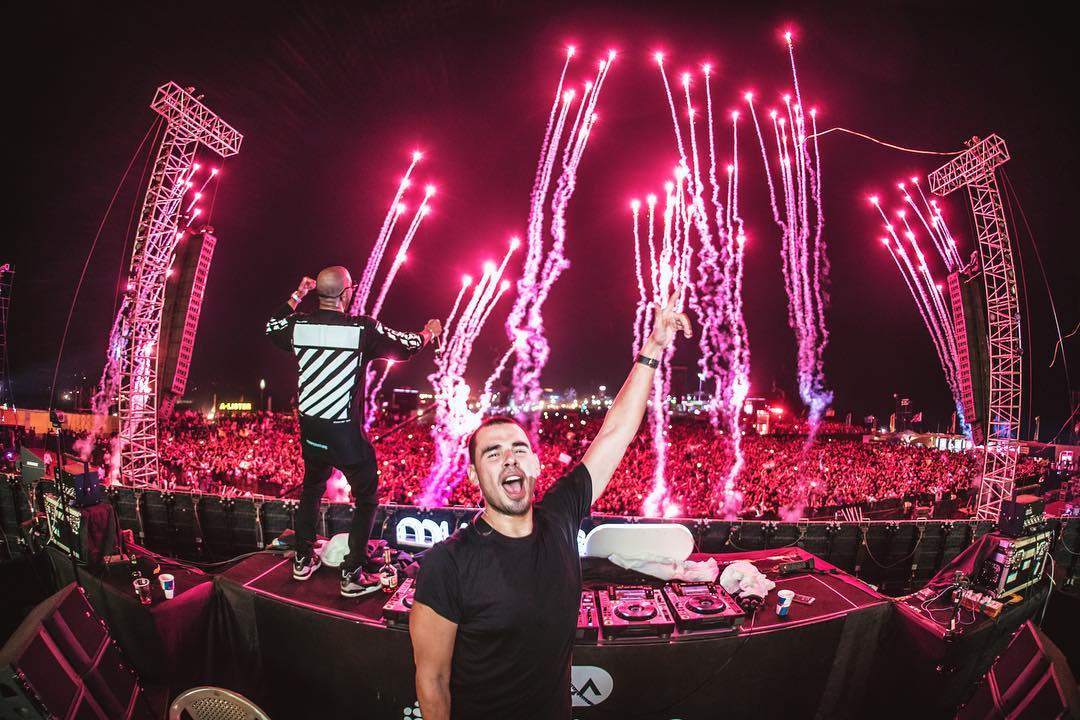 Summer 2018 just got a whole lot more exciting, as GRAMMY Award-winning DJ/producer, Afrojack, announced this week that he will be embarking on a grand North American ‘One More Day’ tour that is ready to rock dance fan’s worlds and ensuring one thrilling highlight of this summer season.

The tour kicks off on May 11th in Vancouver, and will span 12 cities across Canada and America, as well as two colossal festival stops along the way. EDC Las Vegas marks ‘One More Day’s halfway mark on May 20th, and the global star will close out the tour at Barbarella Music Festival in the Dominican Republic. The tour announcement follows Afrojack’s returning to the Wynn Hotel in Las Vegas for a new headlining residency. The Wynn’s luxurious venues hold a special place, as this is where Afrojack first helped bring EDM to the mainstream nearly 8 years ago.

Strong atop the pyramid of dance, Afrojack continues to surprise the industry with his epic range of creativity when it comes to producing music and mastering the art of performance. His spellbinding presence in the scene becomes more and more exhilarating as the years go on. Afrojack has already taken the lead in 2018 with a slew of diverse new music and collaborations. From his Valentine’s Day single “Bed Of Roses” to the release of “Bad Company” with DirtCaps, to his team up with David Guetta and Sia for “Helium” to the mega collection of artists including Charli XCX, French Montana, and David Guetta who collectively produced “Dirty Sexy Money,” Afrojack is in line for a straight slam dunk of new releases in 2018. One week prior to the start of this upcoming tour, Afrojack is dropping the new song “One More Day” – serving as the entire tour anthem and featuring German DJ/Producer duo Jewelz & Sparks. “One More Day” is charged up with beaming summer energy and finely tuned with serendipitous rhythms and vocals. Across the world, dance fans can party till they drop with this single, and every crowd along the North American tour can look forward to hearing and feeling the true radiance of this new track.

But wait – Afrojack’s summer tour is just the beginning of this year’s exceptional landmarks. Celebrating his 10th year in the music industry, this forever innovative artist has scored more headlining spots at top festivals worldwide. After his mammoth headlining set at Ultra Music Festival in Miami last month, fans are beyond antsy to get their next dose of Afrojack. Dominating the charts, he was once again voted into the Top 10 of DJ Mag’s Top 100 list, scoring number 8 and marking his seventh consecutive year of appearing in the Top 10.

Afrojack’s 10 years in music have been truly monumental, to say the least. He is one artist where words often simply aren’t enough to describe his astronomical impact not only in this constantly evolving scene, but his outstanding influence for aspiring producers, champion stage presence, and legendary music. His past decade has been spent creating and maintaining a wondrous name for himself in dance music, first by pioneering his signature and beloved bleepy music, while cultivating a diehard and ever-expansive fan base. Exceeding expectations in ceaseless blood pumping live performances, it’s abundantly clear that no matter the country, club, or festival Afrojack enters, he is bound to bring his full of life charisma and dance bangers to make memories that last a lifetime.