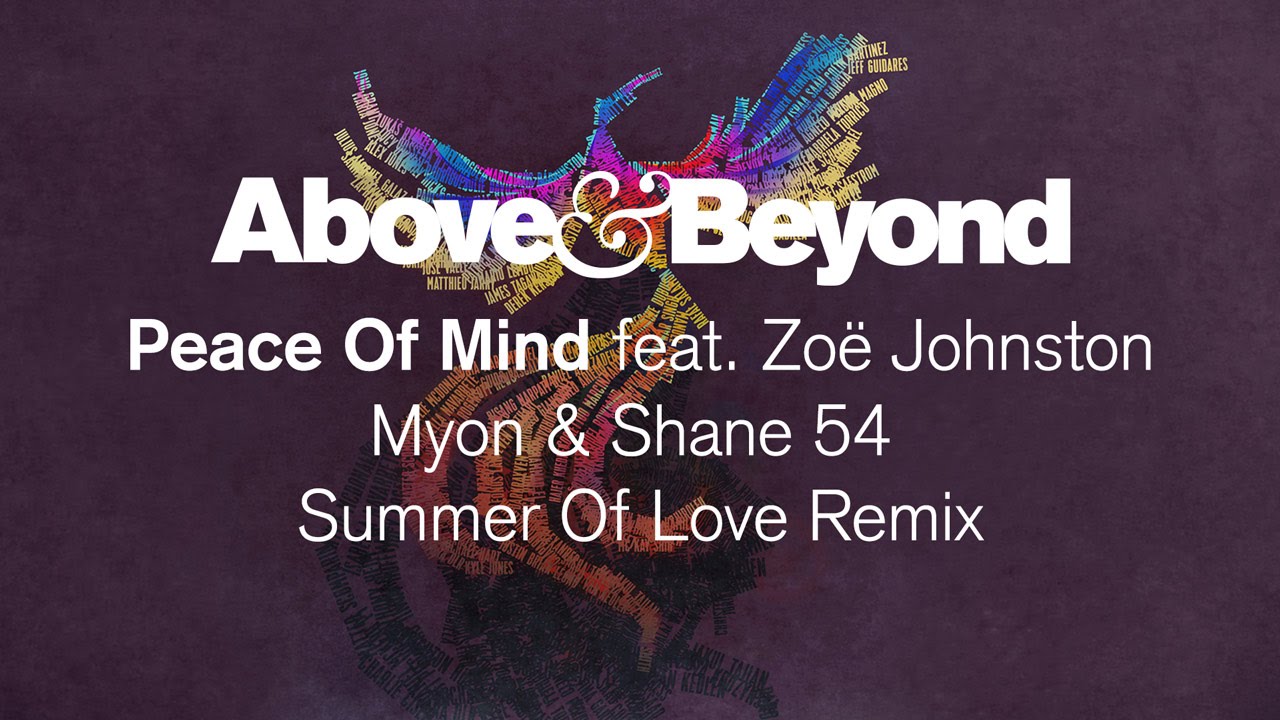 Myon & Shane 54 have provided another Summer Of Love interpretation—this time, for iconic dance music trio Above & Beyond. Having recently released the latest single from their “We Are All We Need Album,” “Peace Of Mind” featuring Zoë Johnston, the first official remix to be revealed by the group is one from MS54.

Jono, Tony, and Paavo first debuted the track at their sold-out #ABGT100 showcase at Madison Square Garden in NYC this past October. “Peace Of Mind (Myon & Shane 54 Summer Of Love Remix)” premiered on Group Therapy radio, which broadcasts globally to millions of listeners each week.

Listen to Above & Beyond feat. Zoë Johnston “Peace Of Mind” (Myon & Shane 54 Summer Of Love Remix):

To coincide with the release of “Peace Of Mind,” Above & Beyond released an official music video on their YouTube channel one month ago, which can be see here:

Check this space for more information regarding the release of “Peace Of Mind (Myon & Shane 54 Summer Of Love Remix)” and other remix releases for the single.