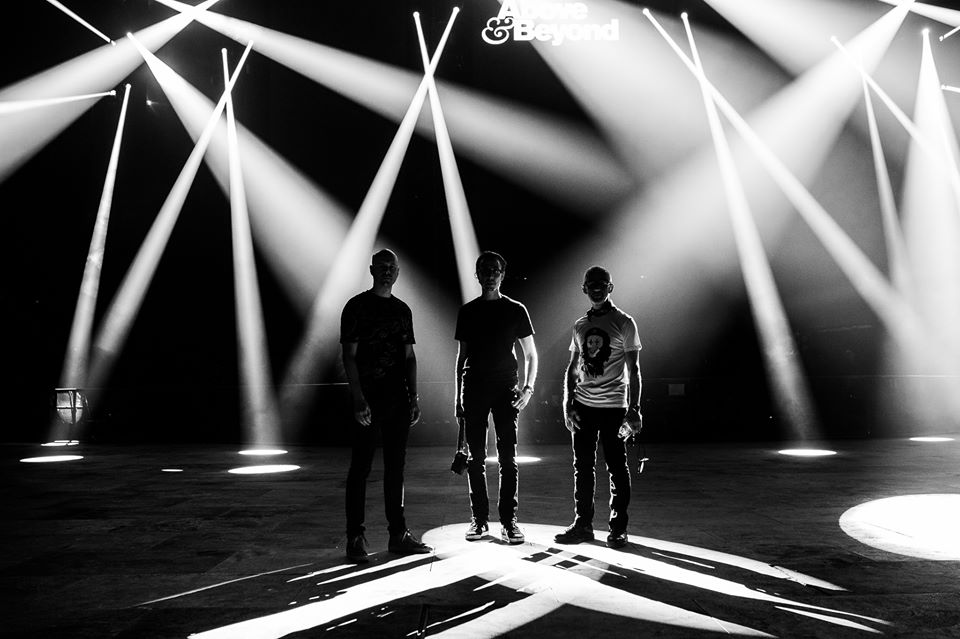 Closing out the decade, one of electronic’s most beloved groups will be catapulting crowds into 2020 in a slingshot of entrancing music. Preparing one of their world-class symphonious performances, Above & Beyond are ripping through the 60,000 sq foot New York Expo Center alongside support acts Andrew Bayer, Genix, and Nox Vahn.

We’re only one day away from New Year’s Eve, and fans are ready to pour into New York on a high that won’t soon be forgotten. Locking down one of the top New Year’s Eve events of 2019 from coast to coast, Above & Beyond are the ideal trio to wrap dance music enthusiasts into a kingdom of eternal joy through music and sensory-overload experience. Presented by Above & Beyond’s Anjunabeats label and New York nightlife impresario DEG Presents (formerly RPM Presents), Jono, Tony and Paavo return to one of their favorite cities for the memory of a lifetime.

Few artists in today’s electronic space can claim the same depth and versatility as Andrew Bayer. Bayer has produced some of the biggest Anjunabeats anthems of recent years, released albums of glitchy critically acclaimed electronica, and co-produced Above & Beyond’s Group Therapy and We Are All We Need albums. His most recent offerings are In My Last Life and In My Next Life, both a seamless journey through cinematic sounds, progressive textures, ambient influences and big room energy.

One of the longest-serving linchpins of the trance scene, Genix has deep roots in the genre that have helped his production career to grow exponentially since his debut release in 2003. Pushing an exciting new sound that makes a departure from many of his previous works, he is one of the most exciting acts in Anjunabeats’ impressive stable.

Nox Vahn has proven himself worthy of a seat at the underground table. An up-and-coming American artist, his transcendent style of production made its way across the pond where he was picked up by London based record labels, Anjunadeep & Anjunabeats. The powerhouse sister-labels both went on to feature a total of five of his as standout moments in their chart-topping and legendary compilation albums in Anjunadeep 9 & 10 and most recently Anjunabeats vol. 14. His latest offerings include Walking With Giants and Brainwasher.