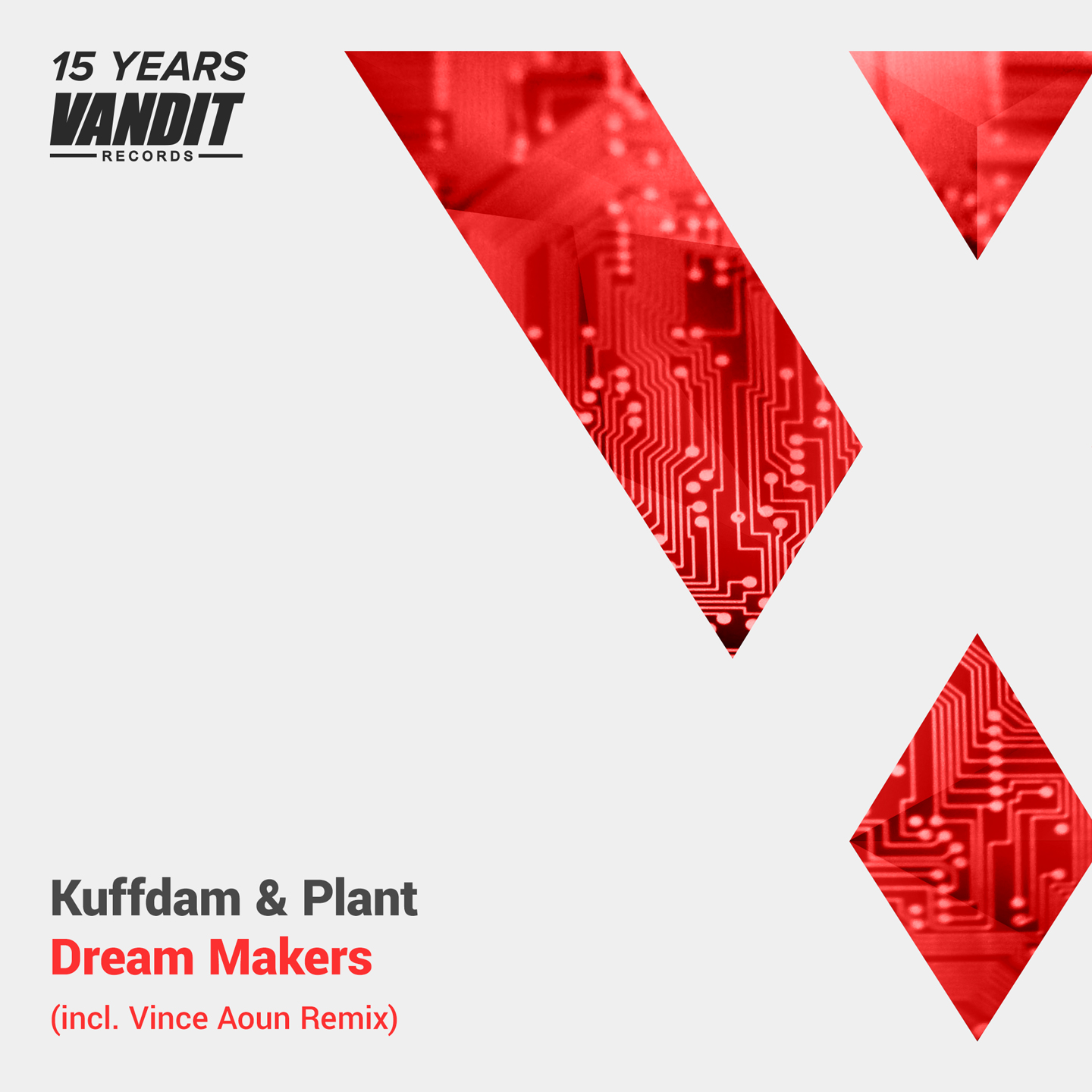 With a liquid-cool progressive trance production tucked under one arm and a gift of a panpipe riff under the other, close to a decade ago “Dream Makers” strode out of the blue sonic yonder. The men behind it were John Steven and Yiannis-Roberto Hadjicharalambous – far better know to fraternity-trance as Kuffdam & Plant.

For the second outing in its 15 Years Of VANDIT series, the label have dug into the discography, wound back the clock and given ‘Dream Makers’ a huge second lease of life. On board the release you’ll find a pristine new re-mastering of the duo’s original version and an outstanding, imagination capturing revision from Vince Aoun.

Having scarcely aged a week in the decade since its first release, the Original Mix of ‘Dream Makers’ remains a master-class in trance-progressive cool. Cut with aquiline melodies, running bass and quixotic, sun-kissed FX, it dropped super-ether onto floors in 2006.

Last seen partnering Bilal El Aly on their VANDIT-released ‘Cygnus’ outing, Vince Aoun takes the Original’s progressive/trance compression and gives it a tougher, more floor-hardy edge. Burning up the pitch wheel and setting the studio phasers to stun(ning!), he delivers a mix that’s brilliantly produced & engineered, right down to the last sonic pixel.