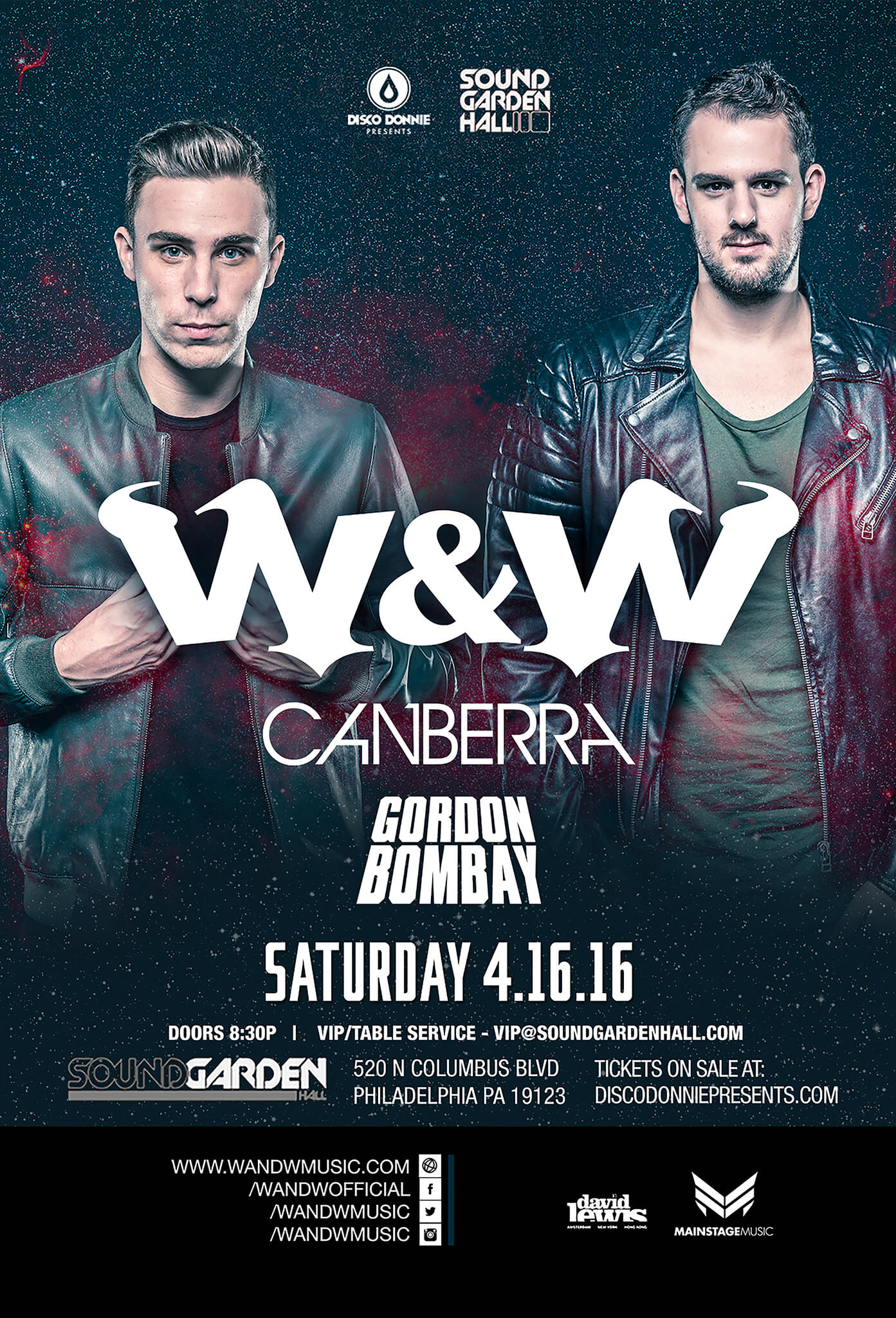 W&W returns to the Philly nightclub this weekend

Soundgarden Hall was sold-out the last time W&W came to Philly, so you can only imagine the madness they will bring this time around! Especially after the epic live premiere of their new single, “How Many,” during their massive Ultra Miami set last month. The young, Dutch duo officially released the track on their own label, Mainstage Music, on March 28th, and it is sure to make its way into DJ sets throughout many festivals this summer.

W&W also teamed up with #1 DJs, Dimitri Vegas and Like Mike, last month to create yet another big-room hit, “Arcade,” that will have thousands of fans stomping and fist-pumping their way through 2016. This begs the question, exactly “How Many” bangers can they possibly generate? Every year, festival stages become littered with their latest tracks.

Not to mention their new remix of The Chainsmokers smash hit, “Don’t Let Me Down,” which will see its full release on April 14th, just days before the Soundgarden event.

The event will be taking place on Saturday April 16th, at 8:30PM, and will feature supporting acts, Canberra and Gordon Bombay. With such a new, amazing array of dance music to experience, who would want to miss out?

Tickets for W&W at Soundgarden Hall Philadelphia are available HERE.