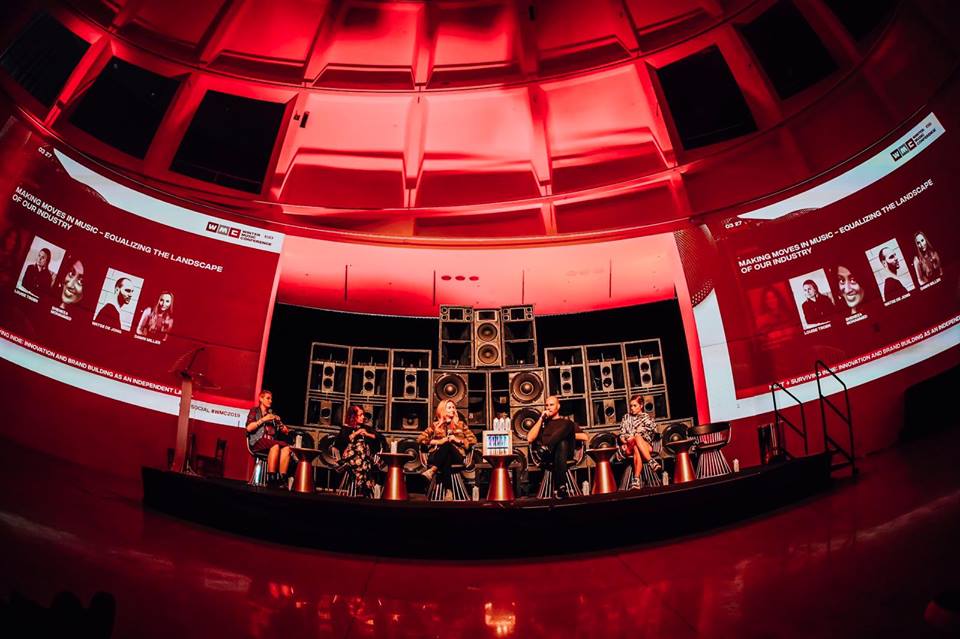 Even though it’s been 34 years since the first ever Winer Music Conference debuted in Miami — following a complete revamp this year — it felt as though the brand was shedding a whole new light on the prestigious dance music series. Kicking off the week full of events, panels, and networking, WMC, was one of this year’s most talked-about happenings.

Spanning the course of four days, WMC 2019 transformed the Faena District into an electronic dance music oasis, from the Faena Hotel, the Faena Bazaar, and the Faena Forum. DJs, aspiring talent, managers, agents, publicists, producers, engineers, and many other industry professionals came together to discuss and marvel over the latest in music, tech, and business.

As part of the many new additions to this year’s WMC programming this year included numerous unique panels, such as “From Virgin Records to Virgin Voyages: Why the Industry’s Best are Going Out to Sea,” presented by travel brand Virgin Voyages, “Digital Collision: The Convergence of Esports, Gaming and Electronic Music Culture” which included Afrojack, “Going Global: Breaking Artists In Emerging Markets,” “Survive the Madness: Music and Mental Health,” and “Information Wars – Music Media and Public Relations in the Era of Internet Manipulation.”

SiriusXM provided a live broadcast from WMC 2019, offering their listeners an inside look at the festivities. Coverage on SiriusXM included DJ performances, artist interviews, a special keynote panel “Behind The Scenes of SiriusXM Dance” on Wednesday, March 27, followed by the SiriusXM House of Chill event with Armin van Buuren, Above & Beyond, Lost Frequencies, and more. SiriusXM also broadcasted the 33rd annual IDMA after party from the Faena Theater.

While this was the 34th consecutive year that the Winter Music Conference was held in Miami, this year’s revitalization of the iconic electronic series brought new life and purpose to the annual gathering. This year, partnering with Miami Music Week and Ultra Music Festival, WMC was more inclusive of events and happenings over the course of the week on a well-rounded level.

Also part of WMC this year were the 33rd annual International Dance Music Awards (IDMA’s), along with a private IDMA’s after party, which was held at the stunning Faena Theater. This year’s performers at the IDMA after party included Diplo, Galantis, Illenium, MK, GG Magree, and Anna Lunoe.