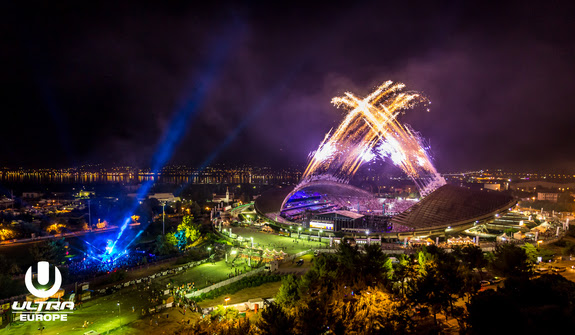 Giving electronic dance music (EDM) lovers a chance to bask in a multi-genre festival experience in paradise, Destination Ultra takes place from July 14-20, 2016. Encompassing an eclectic mix of parties across the weeklong Croatia Music Week, Destination Ultra will incorporate events at some of the world’s most breathtaking venues and locations.

The experience moves to Ultra Europe—a 3-day music festival at the Poljud Stadium, Split—from July 15-17. More than 150,000 attendees will unite for another legendary installment of the massive Ultra Europe.

July 19th brings revelers to Hvar for the fourth edition of ULTRA Beach, which hosts more than 5,000 at the Hotel Amfora Hvar Grand Beach Resort.

In March, Ultra makes its grand return to Bayfront Park for its eighteenth annual installment.

Tickets for Destination Ultra are on sale Oct. 29. Registration for early bird tickets and travel packages is open now, HERE.

Win 2 Tickets for Pier of Fear With Skrillex on Sat., Oct. 31