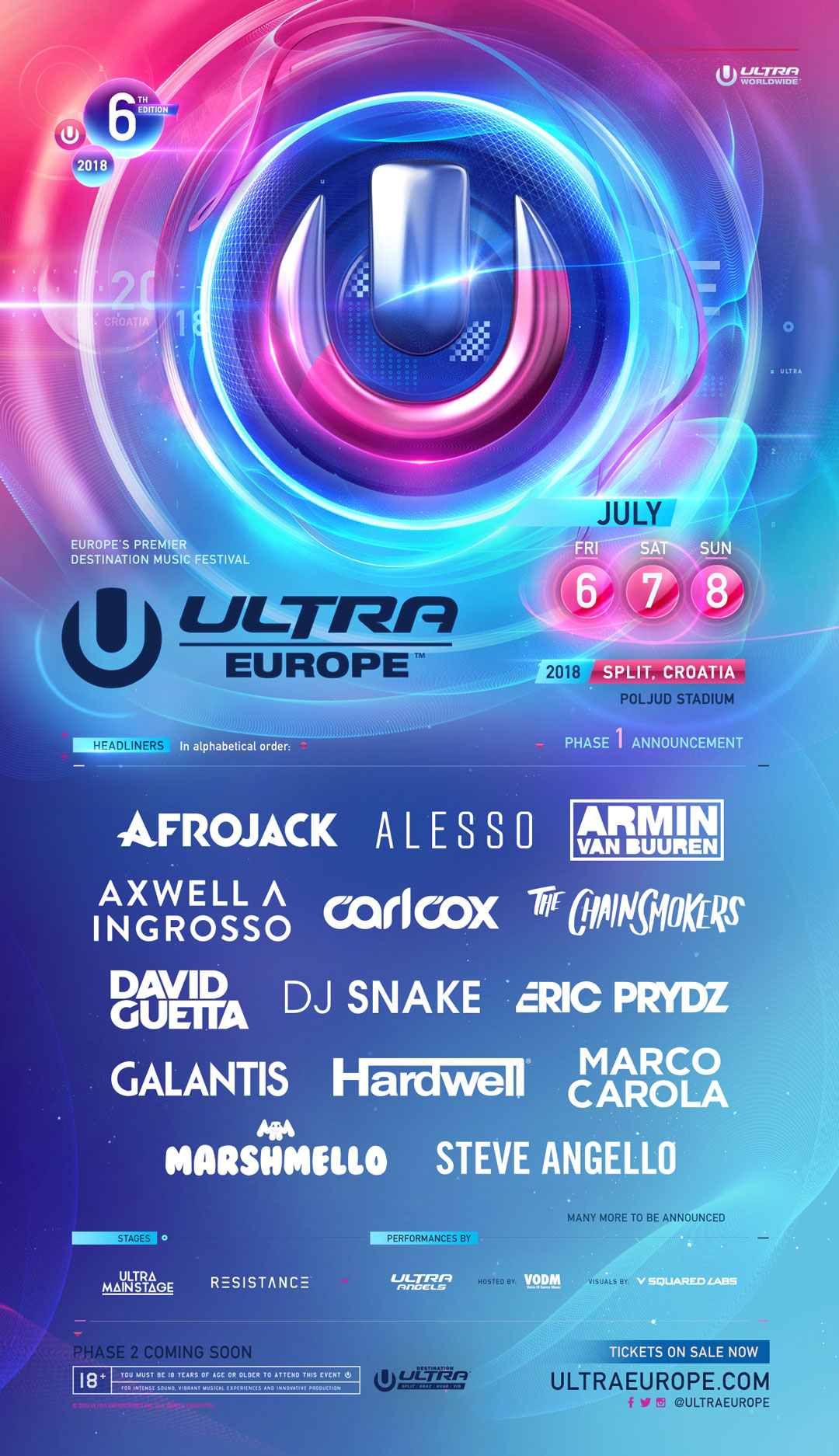 Just announced: The highly-anticipated sixth annual edition of ULTRA Europe 2018 has just revealed their first phase of artists slated to perform at this year’s festival in Split, Croatia on July 6-8.

Ultra Music Festival undoubtedly maintains its global dominance with another astounding compiling of talent for the ULTRA worldwide series. Gracing the MainStage and Resistance stage at the Poljud stadium, headlining acts include a who’s who of dance music legends as well as the hottest young superstars. Afrojack, Alesso, Armin van Buuren, Axwell /\ Ingrosso, Carl Cox, David Guetta, DJ Snake, Galantis, Hardwell, Marco Carola and Steve Angello are all making their return to headline the ULTRA Europe stages while The Chainsmokers, Eric Prydz and Marshmello are making their headline debuts this summer.

“This is our third time playing ULTRA Europe and we are so blessed to be invited back as headliners this year. ULTRA Europe is a really important summer festival, playing in front of so many different people from all over the globe! The energy is unmatched and Croatia is an incredible place. We can’t wait to play alongside so many of our friends and fans.” – The Chainsmokers

Destination ULTRA continues as well, with a week long celebration spanning July 5-11, adding on to one of the most eventful summer weekends of 2018. Incorporating the beauty that Croatia and the Mediterranean have to offer, fans will be able to enjoy themselves even after the festival has concluded.

ULTRA Europe & Destination ULTRA unite more than 120,000 attendees for a week of festivities while over 3.3 million music lovers join in on the action via the UMFTV livestream from all around the globe. Expect a massive 2018 from ULTRA worldwide.

Tomorrowland 2018 Stage Hosts Arrive to Fuel ‘The Story of Planaxis’