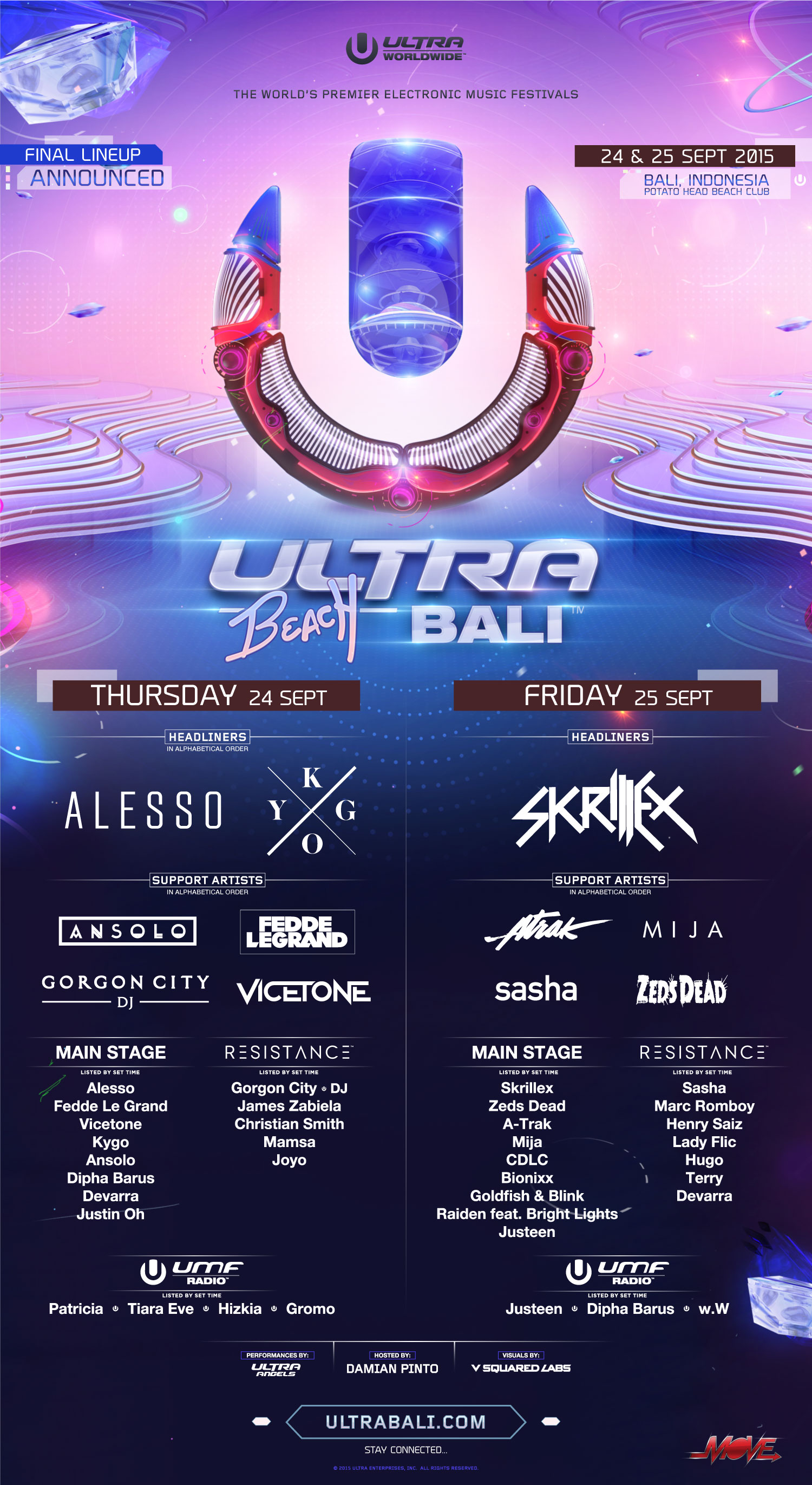 The already sold out inaugural edition of ULTRA Beach Bali has just announced its final lineup. Welcoming over 10,000 revelers to the Potato Head Beach Club in Seminyak across two days with six stages on September 24 and 25, the party will feature cutting edge stage production, world-class visuals and music supplied by world renowned artists including newly announced headliner, KYGO.

In what is set to be his first ever appearance on the continent, the Norwegian superstar will be bringing his suitably tropical vibes to the beachfront event.