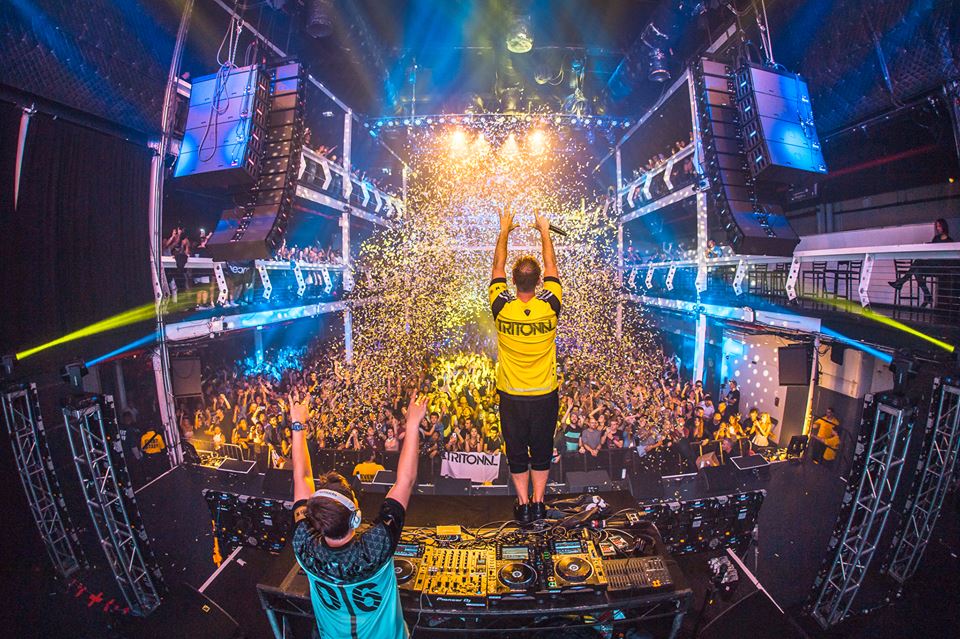 Two of the most distinct and soul-striking DJ/Producers in the game, production duo Tritonal has been on a nonstop roll of touring, heaps of new releases, scoring legendary collaborations, and performing their hearts out for over a decade. Keeping the ball rolling during their epic 10 Years of Enhanced Tour, Tritonal teamed up with APEK for their most recent summer jam “Just Like You.”

Through years of evolving as artists and developing their soulful signature sound, Tritonal has cultivated one of the most die hard fan bases out there right now. Catching one live performance by these guys is the start of one of the best addictions possible – again and again, Tritonal amazes their fans with mesmerizing visuals and racks up total immersive energy during live performances with maxed out speakers, and bursting stages with lights, smoke, and color that makes for one of the most transcendent dance experiences imaginable. From previous bangers like “Anchor,” “Colors,” “Now or Never,” “I Feel The Love,” and “Untouchable” (just to name a few) to their more recent array of original hits like “Out My Mind,” “Ready,” “Hung Up” and fire remixes from pop sensations 5 Seconds of Summer “Want You Back,” if there’s one thing we can always expect from Tritonal, it’s their ability to produce infinite dance anthems to last a lifetime.

Releasing their newest glimpse of summer radiance, Chad Cisneros and Dave Reed of Tritonal collabed with fellow Enhanced Music artist APEK for “Just Like You.” Featuring vocals by Meron Ryan, the song is right in line with Tritonal’s repertoire of heart soaring and ever-emotive songs. Beginning with soft and flowing rhythms, the song progresses effortlessly with Ryan’s expressive lyrics, buildups of vivacious beats, then drops with a dose of thunder and classic Tritonal tones. While simultaneously maintaining melodious flair, “Just Like You” retains its chill vibes through and through, ascending as another Tritonal masterpiece.

Whether creating original outstanding soundtracks or producing champion collaborations, no one does it quite like Tritonal. Coming together with The Chainsmokers, Cash Cash, DJ Snake, Rudimental, Zedd, and the latest Seven Lions, Kill The Noise, and Haliene single “Horizon,” the dynamic duo continue to impress the electronic industry and sustain their grandiose mark in the scene with their relentless positive energy, fan gratitude, innovative and fresh sets, and of course – music crowds from across the globe can belt their hearts out to forever.

Together, Tritonal and APEK have been rocking each and every city along the way on their 10 Years of Enhanced Tour, with a whole host of cities to come and more venues to blow the roof off of. Based out of LA, APEK has become a staple artist of Enhanced Music, touring and collaborating frequently with heavy hitting duo Breathe Carolina, and was recently called on to remix Tritonal’s smash single “Out My Mind.” Check out both Tritonal and APEK’s list of upcoming shows below!