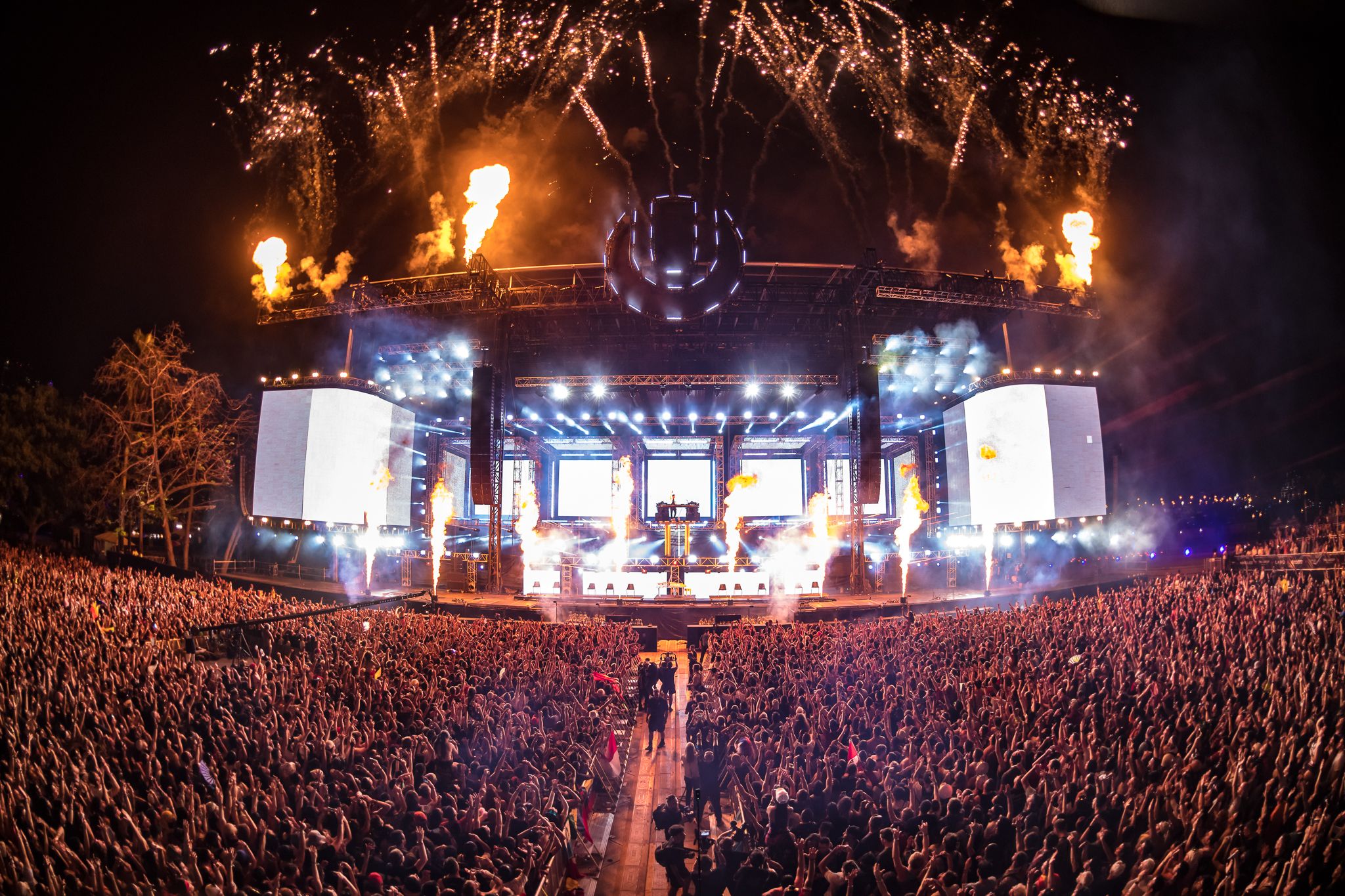 Ultra Music Festival is internationally recognized for consistently delivering the most top-notch, state-of-the-art productions year after year. With a stunning array of notable electronic dance music artists on its roster each time it’s hosted, it’s incredibly difficult to pick and choose which sets to attend over others. No matter the time of day, there’s always someone crushing it at every single stage across the festival grounds.

The most fascinating aspect of Ultra Music Festival is that no matter where in the festival you reside or what stage you find yourself gravitating more towards, you’re bound to witness some of the most incredibly captivating performances from world-class acts. While it was tough narrowing down our favorite sets of the weekend to just six, there was something quite special about these that we’re still buzzing over. Read on to relive our favorite Ultra Music Festival 2022 sets!

Friday night marked an extra special moment for trance fans who experienced a veteran at heart, Gareth Emery, throw down at the Worldwide stage during ASOT’s takeover. Performing a sunset set, fans were in absolute bliss for a full hour as Emery mixed in a slew of his classic hits like “U,” “Saving Light,” “Sanctuary” and “Concrete Angel” alongside his newer smash hits like “You’ll Be OK” and “Because The Night.” When it comes to mastering the art of a signature trance set, there’s no one quite like Gareth who brings outstanding energy that the crowd feeds off of from beginning to end. Perfectly crafting his sets to feature melodic and emotive moments, heavy-hitting twists and turns, and deep and driving trance tracks, Gareth had the ultimate ASOT set this year at Ultra.

Closing out Ultra Music Festival 2022 on day 1 was Kygo, who presented a set unlike ever before. Debuting a brand new style and sound, the dance music mainstay kept the buzz going for days, weeks, and presumably months, following Ultra’s return to Bayfront Park. Kygo’s high-energy set, which was full of hits, pyro, fireworks, drones, and special guests, was truly an unforgettable performance for the Palm Tree Records founder. Bringing out Joe Jonas and DNCE for a live rendition of his single “Dancing Feet,” the crowd at the Main Stage was grooving along in unison; a reminder of just how missed Ultra Music Festival had been at Bayfront Park over the past four years.

Kygo proceeded with additional guests, including a closing with Justin Jesso on vocals — and let’s not forget about him bringing out 50 Cent during his set. Fresh off his Super Bowl Halftime surprise performance, 50 Cent took to the Ultra Main Stage with Kygo for “PIMP,” “Candy Shop,” and, of course, “In Da Club.” Showcasing many of his own tunes, Kygo was the king of high-octane mash-ups at Ultra this year, including his own favorites “Stole The Show” feat. Parson James, “Hot Stuff” with Donna Summer, “Higher Love” with Whitney Houston, “Remind Me To Forget” with Miguel, “Stay” ft. Maty Noyes, “Born To Be Yours” with Imagine Dragons, “Carry On” with Rita Ora, and “Firestone” as his closing, equipped with a full orchestra and fireworks display.

One name comes to mind when dance fans hear “main stage festival” and time and time again, it’s Martin Garrix. The simple glance at his name on a festival lineup brings a kind of energy that fans truly count down the days for. Holding down MainStage on Friday, Martin Garrix swept through Ultra on a classic high that couldn’t be missed. Booming sound, signature tracks, new singles, and a chaos of lights and lasers defined Martin’s Ultra 2022 set, and he left the crowd of thousands on an unforgettable high. Throwing down his international hit songs like “High On Life,” “Animals,” “Virus,” “Scared To Be Lonely,” “Turn Up The Speakers,” and tons more, Martin had MainStage locked in for an hour that we only wish could have lasted longer.

If you’re a UMF regular, you know that Carl Cox has played a tremendous role in the festival’s expansion and production throughout the years. The distinguished techno aspect of UMF wouldn’t be where it is today without him, and his RESISTANCE concept is one that has revolutionized the festival scene with its avant-garde stage and production designs. This time around, Carl Cox closed out his world-class Megastructure stage during each night of the festival, but the Saturday night debut of his Hybrid Live performance concept was just something else.

Being in a crowd full of techno snobs jamming out to hard-hitting synths always hits differently, especially during a strictly techno-infused Carl Cox set. Leave it to him to have the ability to intertwine mixing on multiple CDJs and old-school analog devices simultaneously throughout the entire two-hour performance. No matter where in the crowd you stood or who you stumbled upon, the vibes were simply unmatched and we could just feel Carl’s magnetic energy beaming from the stage. They don’t call him the king of techno for nothing.

As Ultra Music artists, this was the first time SOFI TUKKER had the chance to perform at Ultra Music Festival — and the duo certainly did not disappoint. Dominating the Ultra Live Stage, the pair put on a full spectacle of a performance, equipped with instruments, props & pyro, dancers, and some of their biggest hits. Included in the mix were tracks from their forthcoming LP, WET TENNIS, which is the follow-up to their acclaimed debut album, Treehouse. SOFI TUKKER recently released album singles “Original Sin” and “Kakee,” and one of the highlights from their Ultra set was their recent collab with John Summit, “Sun Came Up.” Additionally, SOFI TUKKER tore the roof off of the Live Stage with live performances of mega-hits such as “House Arrest,” “Drinkee,” “Purple Hat,” “Fuck They,” “Best Friend” with NERVO, The Knocks & Alisa Ueno, their collaboration with ZHU, “Mi Rumba,” “Swing,” “Batshit,” and their collab with Alok & INNA “It Don’t Matter,” among others.

For those who have been following all things electronic dance music for years, you know the impact Knife Party had on the scene back in the early 2010s. They’re one of those artists who have defied the concept of genres and have curated an all-encompassing sound unlike any other. Older ravers barely even remember the last time Knife Party held a performance before Ultra revealed that they’d be on this year’s lineup, and we’re so glad that we were able to experience that once in a lifetime comeback performance.

Everyone in the crowd was definitely a millennial or older, and we were all just collectively reminiscing on the iconic duo’s old-school bangers like “Internet Friends,” “Bonfire,” “Centipede,” and many others throughout the entire set. Being at the Worldwide stage is mesmerizing as it is no matter who is performing, and Knife Party brought the perfect amount of electrifying energy to close out Saturday night of the alluring festival. We’re still not over their nostalgic performance.

After three long and diverse full days, the 2022 edition of the Ultra Live Stage closed out with fan-favorite duo Slander. The guys quite literally brought the heat with a massive array of pyro booming off the stage for the duration of their hour-long set. The intimate setting this stage offers allowed the crowd to gather up close and truly feel the energy and beats coursing throughout their bodies. As to be expected, Slander’s set was a beautiful mix of heavy-hitting basslines and peaceful melodies topped off with the beautiful “sadboi” vocals we all know and love. Being in this crowd was one of those where you truly felt the love and connection with everyone around you, finishing off the mighty return of Ultra and Miami Music Week strong, together.

Of course it would not be an official Live Stage performance without smashing talent on the decks and a surprise vocalist. Who else but Dylan Matthew joined the guys for a significant portion of the set, satisfying all of the yearning fans’ wishes that he would arrive. And he did arrive, playing a beautiful white piano to sing their feels-igniting track “First Time,” their newest track with NGHTMRE “Fall Into Me” and not one but two versions of their mega hit collab “Love Is Gone,” the one that started it all. The crowd awed at both the emotive original and the charming acoustic version, singing in unison beneath the glowing sky. The set finished off with a colorful fireworks display to send off 2022 in true festival fashion, and left guests happily singing off into the night.

After what felt like an eternal five-year hiatus, dance music legend Hardwell made his highly-awaited comeback performance at the Ultra Miami main stage this past weekend. All we have to say is, what an experience. UMF fans had their suspicions about Hardwell being the surprise guest closing out this anticipated 2022 edition, and once it was officially announced, it was game over for everyone in attendance.

The energy during every single set at Ultra is unmatched, but there was something uniquely remarkable about this indescribable Hardwell Sunday night closing set over at the Main Stage. Full of a plethora of unreleased track ids and an extraordinary, forward-looking “big room techno” sound, the entire one-hour set was just out of this world. It was the type of set we wish we could relive forever, and we’re just thrilled to know that the prodigious dutch musician is back in the game. Hardwell, we missed you. Thanks for closing out our well deserved back to Bayfront Ultra experience in the most magical way possible.