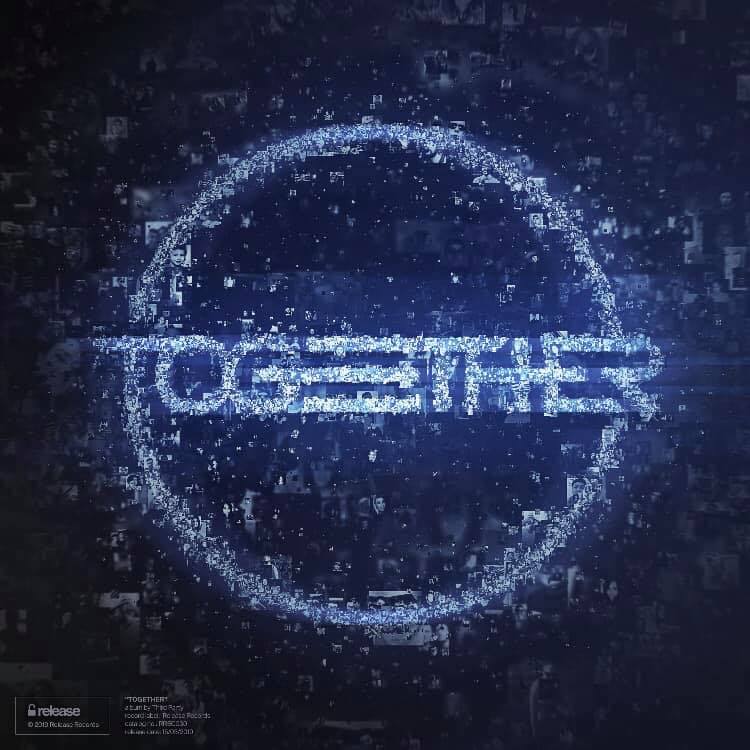 The moment that dance fans have been waiting for since their first glimpse of this prized soundtrack has finally arrived. Third Party’s second album TOGETHER is officially out now, and listeners simply haven’t been able to turn it off since the booming release.

TOGETHER is arguably 2019’s most outstanding album yet, and will remain not only one of the year’s top anthemic albums, but stretch far beyond the confines of 2019, going down in history as a true masterpiece.

Each and every one of these 9 records is filling the planet’s airwaves with undeniable, unshakable, and purely spectacular songs that have already marked their legendary territory. TOGETHER has gone above and beyond to cement Third Party’s identity as visionary artists, and one thing is for certain for EDM enthusiasts across the globe: this album is everything.

“With the release of our second album TOGETHER we think we can safely say we put everything we have into making another album that  hopefully motivates and brings joy to our fans who we owe everything to. Without them none of this would be possible, which is a big part of the reason why we called the album TOGETHER and created the artwork out of pictures of the people that believe in us and help motivate us into making the best art we can.” – Third Party

TOGETHER quite literally sent shock waves around the world when it dropped, one by one lifting the earth’s energy higher and higher into a state of awe. Crafted with immaculate, euphoric vocal driven soundscapes, this album also deserves to have every single track called out on their 360 degrees of roaring positivity and uplifting sonic power. “Together,” “Higher,” “Remember,” “Come With Me,” “Free,” “Shadows,” “Midnight,” “Falling,” and “Northern Lights” which features the voice of Third Party’s very own Harry Bass to kick it up another terrific notch, all build up effortlessly into blissful paradise. Fans have already witnessed the extraordinary anthem power behind “Free,” from being tossed around massive festival circuits and main stages worldwide.

TOGETHER and EDM festivals are two peas in a pod, perfectly in sync and sending goosebumps across hundreds of thousands of hearts, minds, and bodies all at once. Reminiscent of iconic music by industry veterans Axwell, Ingrosso, and Steve Angello of Swedish House Mafia, TOGETHER exudes a similar captivating presence that represents the prosperous and everlasting emotive influence music exists for.