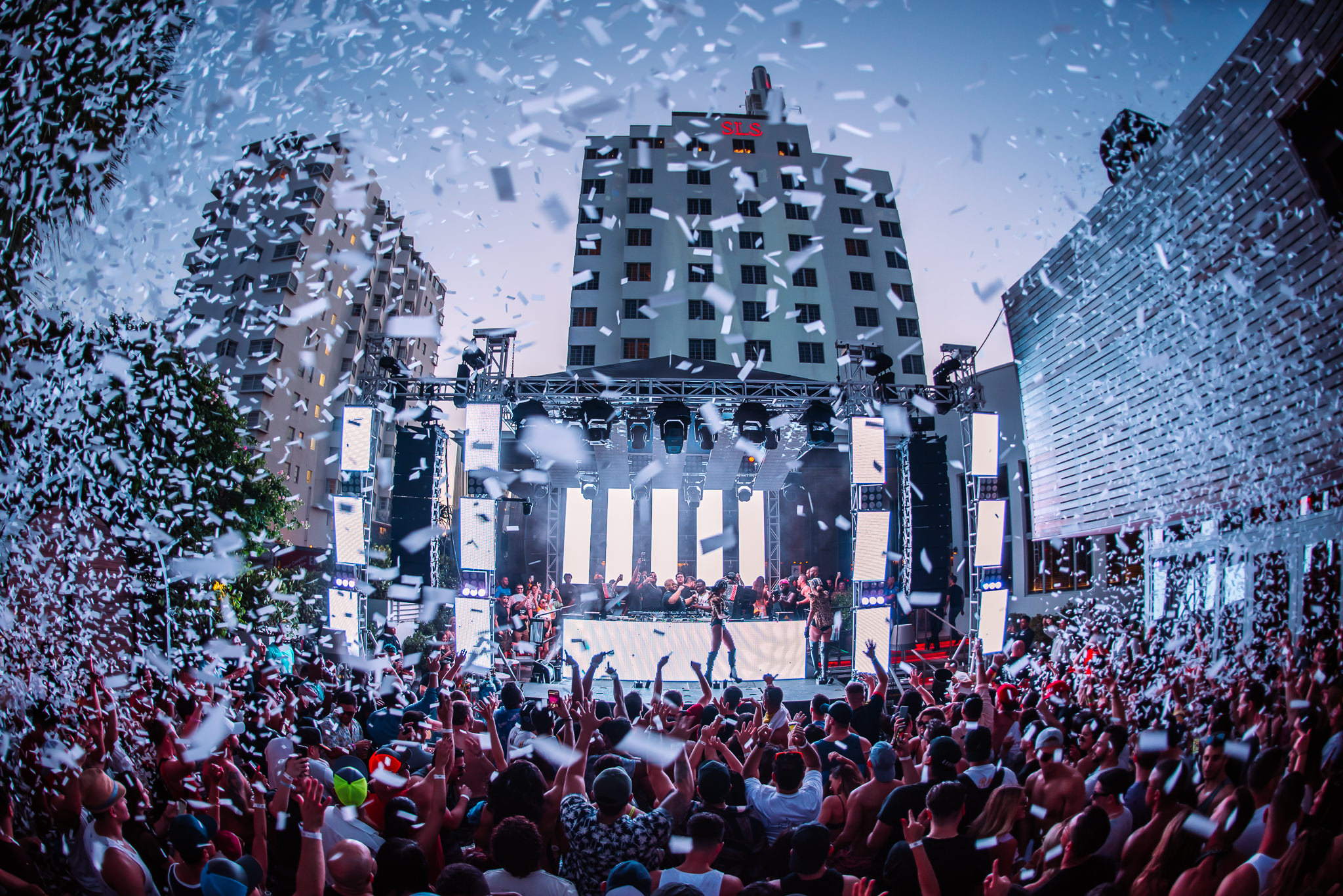 SLS will be bringing all the hype to a packed Miami Music Week taking place March 18th to 22nd. Even with Ultra’s cancellation, they have booked a full lineup for the week at Hyde Beach at SLS South Beach with performances by electronic music’s biggest worldwide artists including The Chainsmokers, Kaskade, Claptone, Fisher, and NERVO.

Beginning Wednesday, Claptone presents The MASQUERADE will take place with special guest, MK, Meduza, and more. Thursday March 19th, Fisher will throw down during CATCH & RELEASE with a handful of special guests. Friday March 20th, electronic veteran Kaskade will be bringing a bunch of friends for an epic event. Saturday March 21st, SLS Live presented by Tidal will showcase special guests, friends, and the power duo, The Chainsmokers. Finally, on Sunday March 22nd, NERVO will close out the massive week with NERVO Nation.

With so many artists taking the Miami stages, SLS Brickell will also be representing a variety of events that will surely be highlights of the week. On Thursday March 19th, the BUYGORE MIAMI pool party will go down with Borgore, Good Times Ahead, Say My Name, Tisoki, Hatcha, Yakz, Benda, and more on the lineup.

SLS Brickell is one of the most prime spots in the heart of Miami by far. It serves as a premiere urban location for all those attending Miami Music Week. Miami Music Partners & VICE District have been essential in bringing four days of poolside parties at the Altitude Pool Deck with many top DJs. If booked my March 11th, those who stay at SLS Brickell will get access for two guests at all four poolside events. SLS LUX provides all those event perks and more, with amenities such as a fitness center, rooftop pool, and two ground floor dining experiences if booked by March 11th as well. Whether you stay at an SLS location or not, this is a go-to location for your Miami Music Week adventures.