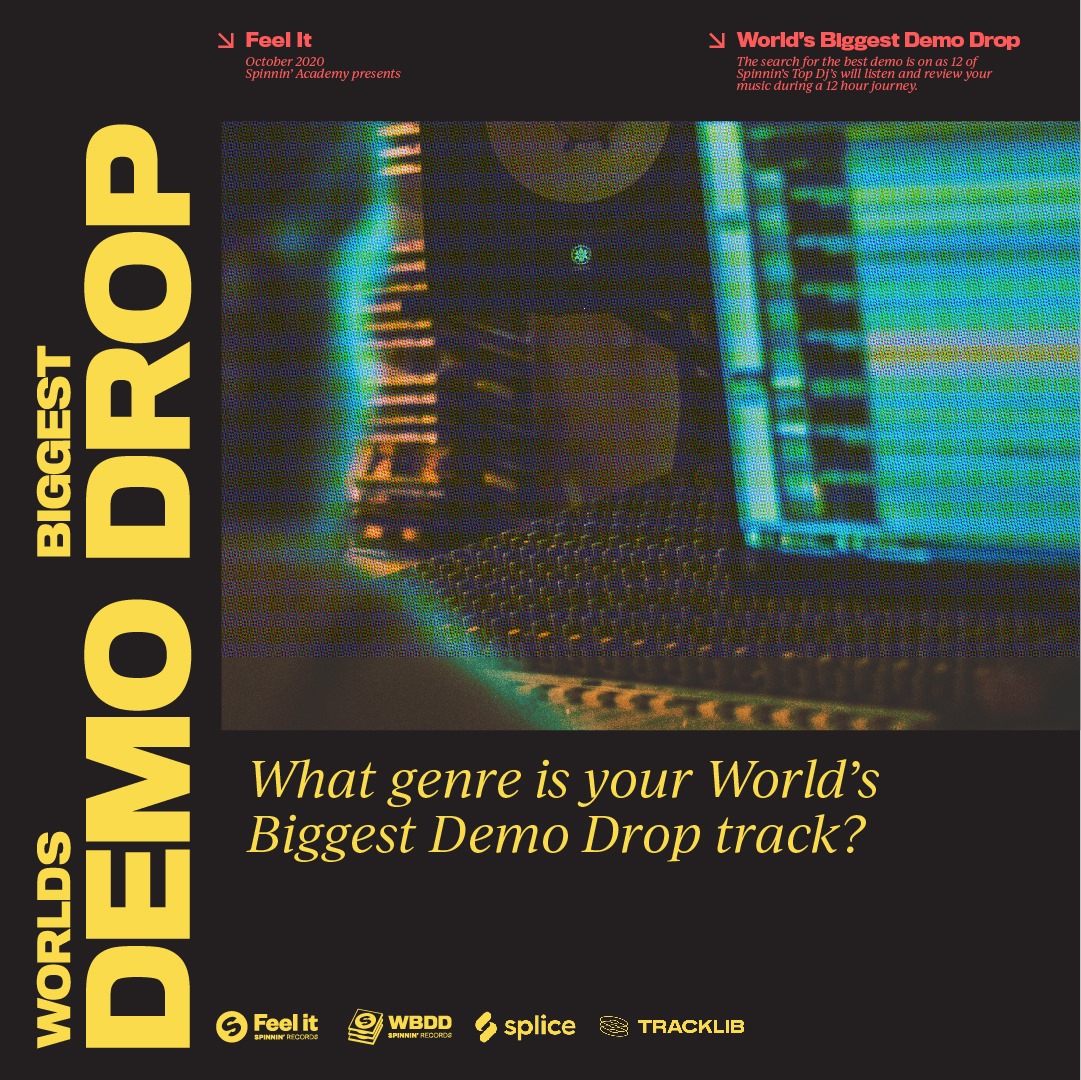 Spinnin’ Records has teamed up with Apple Music and Shazam forming the Word’s Biggest Demo Drop // Spinnin’ Academy XL. This is designed to provide exposure internationally to emerging artists.

The Demo Drop is set to take place during Spinnin’ Academy month and producers can send their demo to enter the competition with the chance to be mentored by Spinnin’s star line-up. On October 15th the producers will have access to a live feedback session with some of Spinnin’s biggest artists such as Breathe Carolina, Moguai, Lucas & Steve, as well as, the acclaimed Spinnin’ Record’s A&R team.

There will be 15 demos selected and they will be included in an exclusive DJ Mix on October 30th hosted by the star female DJ, Kim Kaey. The session is all about hearing from the fans, and fans can vote for their favorite track by Shazaming it during the DJ mix. The track with the most Shazams and the highest rating from Spinnin’s A&Rs will determine the winning artist whose track will have an official release on Spinnin’ Records with support from Apple Music.

With dance music evolving from a niche phenomenon to the world’s most dominant music genre, Spinnin’ Records has followed a similar trail. Hosting several sublabels (including Tiësto’s Musical Freedom and Oliver Heldens’ Heldeep Records) and releasing multiple singles every week, Spinnin’ Records has helped kickstart and extend the careers of many DJs, among them world famous artists.

New artists are presented on a regular basis, while the label’s online dominance is striking, reaching millions through its YouTube channel (over 26 million subscribers, winning the International Dance Music Award for Best YouTube Channel early 2019) and other popular social media.