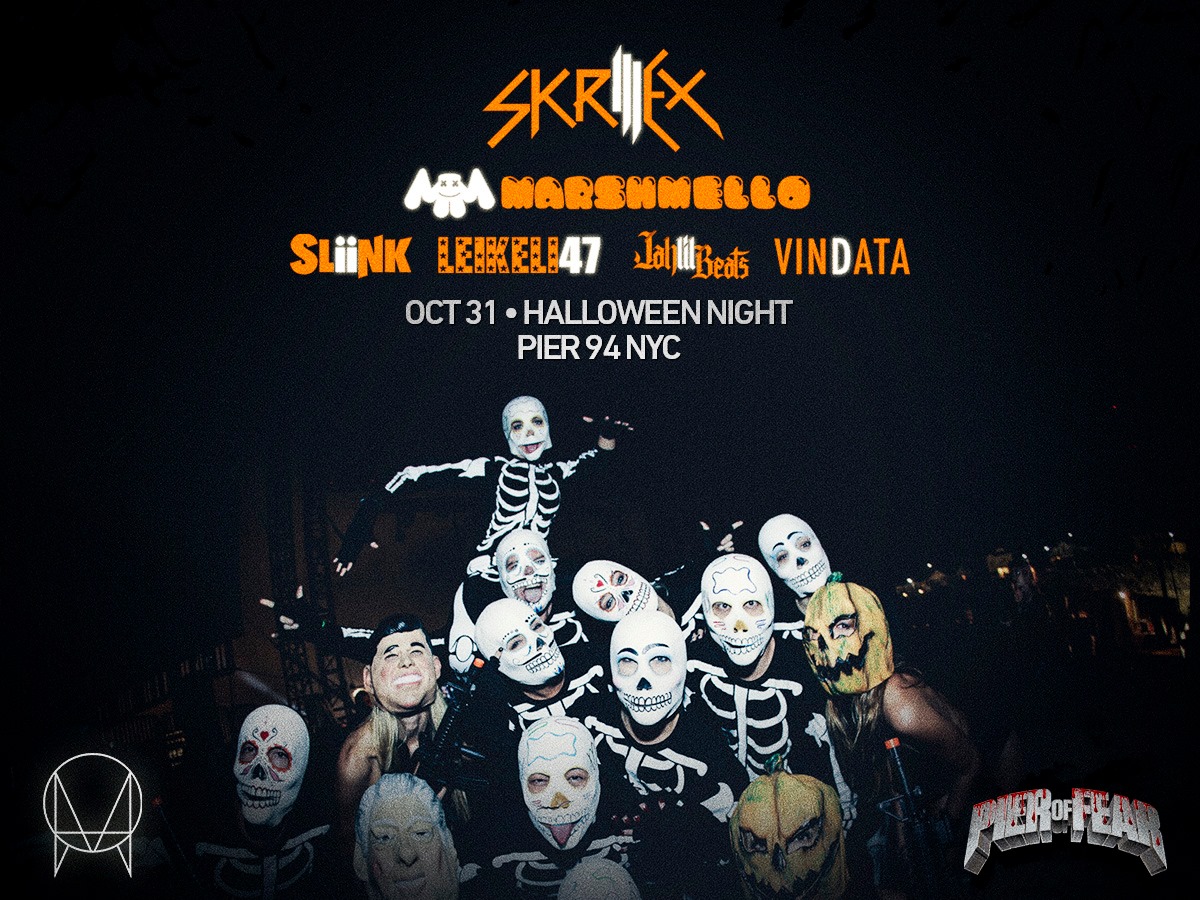 Skrillex will be performing at this year’s annual Pier of Fear event, New York City’s Halloween special, at Pier 94. Delivering Halloween festivities in the heart of Manhattan with some of the world’s biggest entertainers, New York’s Halloween Festival aka Pier of Fear returns for another captivating installment.

This year, Skrillex earned the No. 1 spot on Billboard’s Top Dance/Electronic Albums chart with Skrillex & Diplo Present Jack Ü. Additionally, Sonny Moore—better known as Skrillex—has worked alongside many others this year to release several dance anthems and big hits.

Skrillex’s collaboration with Diplo, “Where Are Ü Now” feat. Justin Bieber, is undoubtedly a contender for biggest track of the year. The music video for “Where Are Ü Now” has been praised for its visual effects.

This has been a big year for the multifaceted DJ/producer, lending his expertise on collaborations: “Squad Out” with Jauz, “Bun Up The Dance” with Dillon Francis, “No Chill” with Vic Mensa, and “Burial” with Yogi.

RPM & Pacha NYC are hosting the annual Pier of Fear events at Pier 94. In addition to Skrillex on Halloween night, Kaskade’s Automatic Tour lands at the venue on October 24.

Related Topics:halloweennycpier 94pier of fearpier of fear 2015skrillex
Up Next