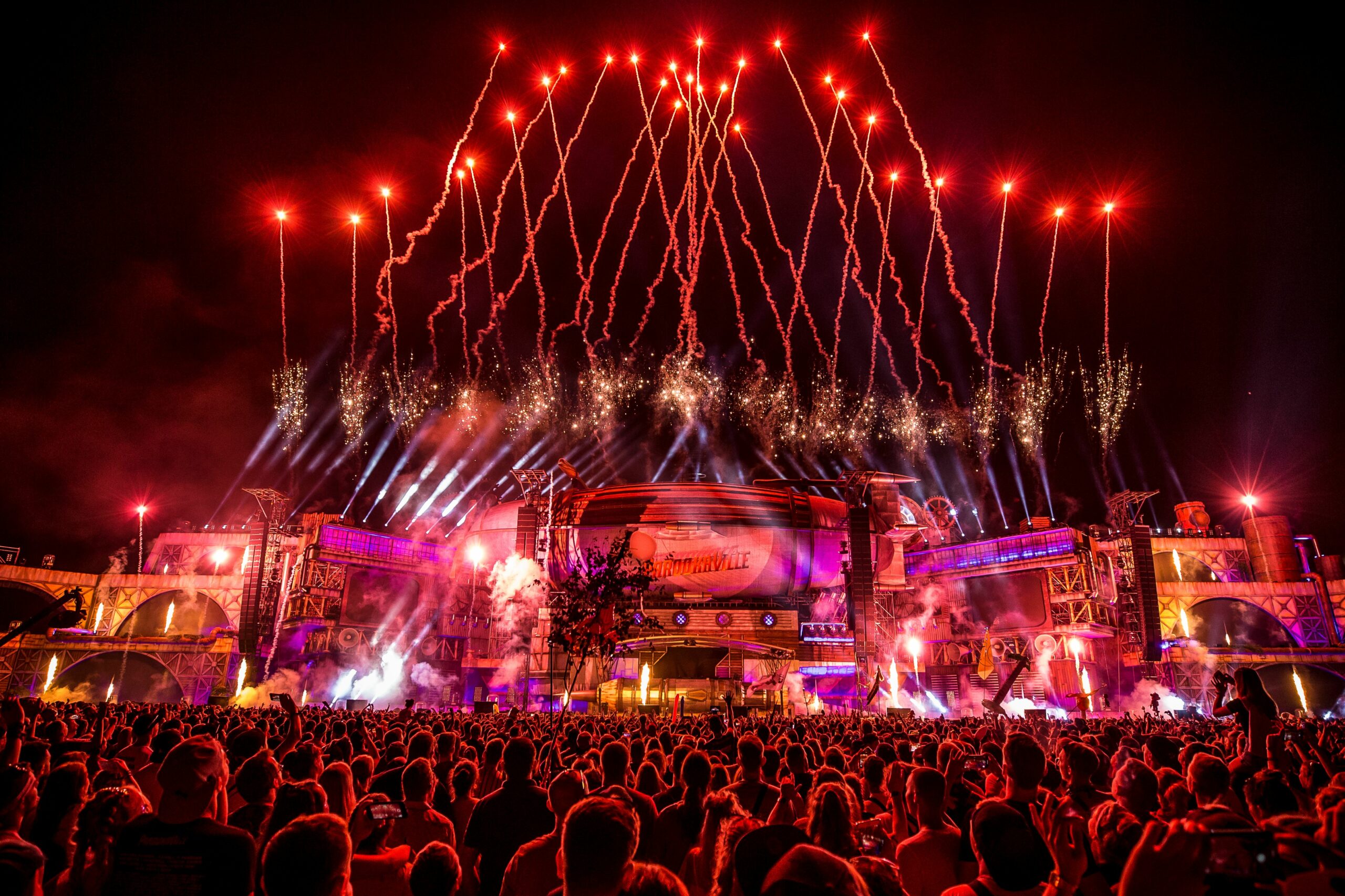 With Steve Aoki and Martin Solveig added, the biggest German Festival PAROOKAVILLE celebrates the return of two major headliners for the festival’s upcoming sixth edition, from July 22nd to 24th at Weeze Airport. Steve Aoki and Martin Solveig (both back for the 6th time in the festival’s 6th year), will be playing along with ATB, Vini Vici, Lari Luke and more acts coming to the home of lunacy, love and pure joy.

With Steve Aoki’s return on the festival Sunday, PAROOKAVILLE welcomes back not only a world-class DJ as a Mainstage headliner, but also a close friend and loyal supporter of the festival. Steve Aoki has appeared at every PAROOKAVILLE festival up to now. His current hit “Stop The World” (feat. Marnik & Leony) is practically tailor-made for PAROOKAVILLE 2022. And let’s not forget the European premiere of PIZZAOKI at Desert Valley. Steve’s irresistible New York Style pizzas are once again sure to satisfy the ravenous appetite of thousands of citizens.

The Israeli DJ duo Vini Vici is set to pump up the adrenaline at the main stage on Saturday. This duo is the No. 1 act for Psytrance and Goa, enrapturing crowds with their incomparably energetic sound on the main stages of the world’s biggest festivals.

German native Larissa Rieß is multitalented, as her career demonstrates: she is a presenter on 1LIVE, an actor in a variety of TV shows, and under her pseudonym Lari Luke, she’s also extremely successful as a DJ. Her sets encompass a unique mixture of Future Bass, Trap and House, and she’s at home at Germany’s most popular clubs and largest festivals. On Saturday she’ll be equally at home at the PAROOKAVILLE main stage.

On Friday, Bill’s Factory (hosted by 1LIVE) will be the place to be for both Martin Solveig and André Tanneberger, better known as ATB. French DJ Martin Solveig is one of the best-known names on the EDM scene and a regular guest at PAROOKAVILLE. His musical career started as a child in the church choir, and since his global hits like “Intoxicated” (2015) and “All Day And Night” (2019) Martin has achieved Platinum status, millions upon millions of streams and commercial success far beyond the borders of the dance music scene.

ATB has managed to achieve something most DJs can only dream of. His first solo single “9 PM (Till I Come)” from 1998 signaled his breakthrough both at home and internationally, securing his position in the music business. Two decades and 10 albums later, this song has once again demonstrated its hit potential. With DJ To-pic and A7S, ATB has released a new version of his earliest hit titled “Your Love (9PM)”, including multi–Platinum status and a remix by global star Tiësto.

Wildstylez has been one of the leading Hardstyle artists for years. Together with his colleagues and Hardstyle pioneers Headhunterz, he breathed life into the Project One live collaboration, in addition to starting his own label. He brings Hardstyle to Bill’s Factory on Saturday at PAROOKAVILLE.

GRAMMY-nominated Cosmic Gate are true legends on the Trance scene and one of the world’s most successful DJ duos. They have been regulars in the top ranks of the DJ Mag Top 100 for years. Sunday they will power up to the fullest in the Cloud Factory.

Techno fans are set to immerse themselves on Sunday with Dutch artist Reinier Zonneveld on the Desert Valley Stage. One of the most popular Techno artists of our time, he has already DJ’d with Armin van Buuren at the Ultra Festival in Miami. Together with DJ Roland Clark, these three also produced the song “We Can Dance Again.” Reinier celebrates his debut at PAROOKAVILLE this year for a nonstop rave.

Australia’s 21-year-old MARAUDA is already THE rising star of the Bass scene, able to look back on a successful feature single with the US DJ duo Slander called “Suffer” (feat. Elle Vee). Marauda is also set to make his City of Dreams debut this year on the Friday in the Cloud Factory.

More Tickets are available at: https://tickets.parookaville.com