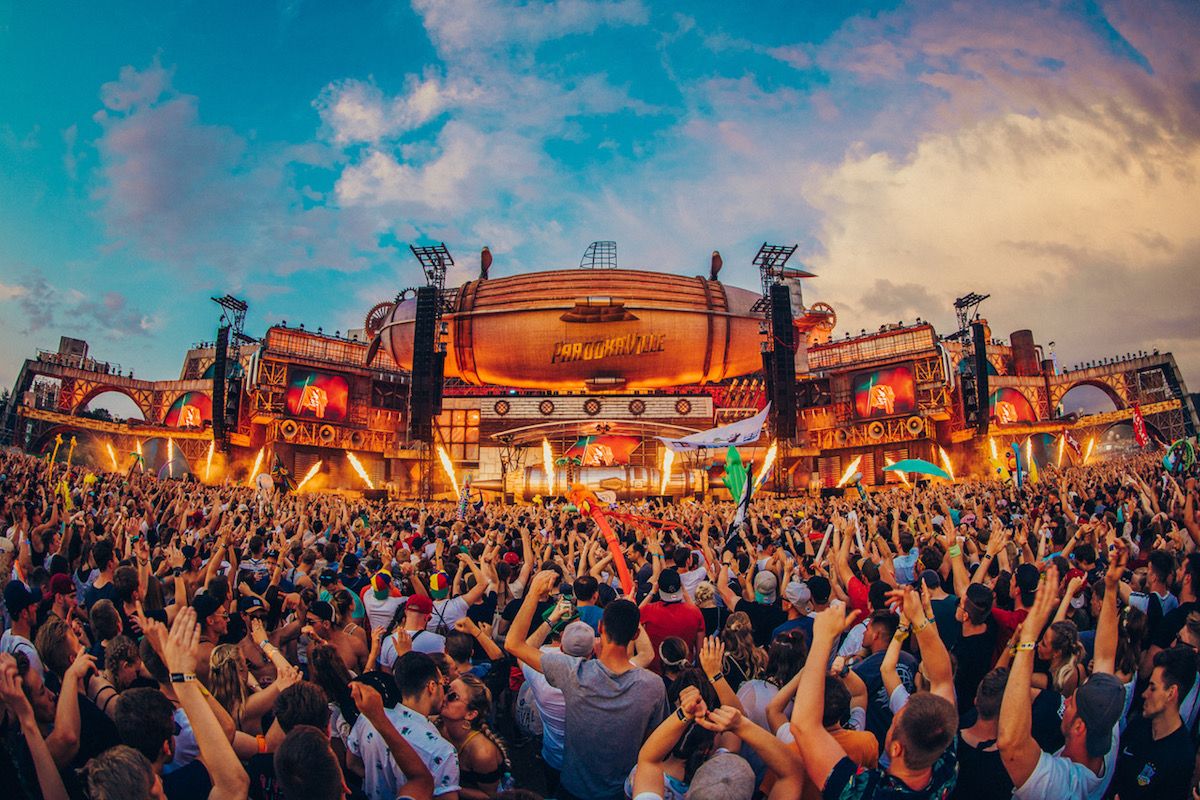 In just five months time, the doors once will open once again to the world of PAROOKAVILLE in Weeze Airport, Germany from July 22 to 24. It has been a long time in the making, but this edition is already shaping up to be one of their very best with headlining names from every electronic genre imaginable. Now, they continue to boosts the lineup with names like Dimitri Vegas & Like Mike, Robin Schulz, Amelie Lens and many more.

Belgium’s Dimitri Vegas & Like Mike are surely the EDM scene’s best-known “band of brothers” as global superstars, and soon they will have dominated the top range of the DJ Mag Top 100 for a whole decade. Their 25+ million fans recently generated more than 50 million TikTok views within a mere 24 hours, and all in all the brothers have notched up several billion streams. The forced pandemic break proved to Dimitri Vegas & Like Mike and all of their fans just how much they missed the live shows. Now the lull finally comes to an end on Friday at PAROOKAVILLE when they take main stage as headliners.

With his three Diamond status singles Waves, Prayer in C and Sugar, superstar Robin Schulz is as big in Germany as Ed Sheeran, and his latest album IIII is once again garnering an array of Gold and Platinum hits. Now one of Germany’s most successful musicians is finally back where he belongs: as a headliner on the PAROOKAVILLE main stage and the biggest stages around the world.

Amelie Lens from Belgium is doubtless one of the outstanding artists in today’s Techno world, and her fast, straight-ahead sound is on the pulse of the worldwide community. She was already playing four to five shows every weekend before the pandemic. At the start of her musical career she appeared as Renee, playing gigs for fashion labels including Yves Saint Laurent and Armani, when a spontaneous booking out of the blue at Tomorrowland introduced her to the world as Amelie Lens. Her Headlinerdebut at PAROOKAVILLE is coming this summer on the festival Saturday at the Cloud Factory.

DJ Acraze’s remake of the 2006 song “Do It To It” by girl group Cherish became a worldwide hit with over 250 million streams within only a few weeks. Megastars like DJ Snake and Malaa were already playing the song before it was released, and Zedd even used it for his opening at the Electric Daisy Carnival in Las Vegas, catapulting Acraze from the status of an inside tip within the scene onto the line-ups of the most popular festivals in the world, now including the PAROOKAVILLE Mainstage.

Dutchman Fedde Le Grand has been one of the most in-demand House DJs and producers for fifteen years now and since releasing “Put Your Hands Up For Detroit.“ In this role he has worked with Coldplay, Madonna and Rihanna. He used the time during the pandemic to open his own vegan restaurant in the Dutch city of Eindhoven. Fedde has remained true to his House Sound and to PAROOKAVILLE, and this summer he returns once again to our Mainstage.

The guys behind Berlin’s Electro duo Fjaak are Felix Wagner and Aaron Röbig, who have been making music together since their childhood. Their Techno productions are irresistible, thanks to their musical mix of Powerhouse and Warehouse Techno with influences from U.K. Garage, Dub and Breakbeat Hardcore. They produce their music mainly using analogue equipment. Get ready for Fjaak’s performance at PAROOKAVILLE in the Cloud Factory.

Holland’s Headhunterz has influenced the development of Hardstyle in the last 20 years like no other act. Under his influence, the genre has become an international phenomenon and made him a superstar. That’s why this year’s PAROOKAVILLE Saturday is giving Hardstyle a new home at Bill’s Factory.

Samir and Diego, better known as Moksi, stand for bass sounds inspired by late 90s U.K. Garage. The duo already got Yellow Claw’s attention with their first single, “Getting Higher.“ A recording contract, their first gig at Tomorrowland and innumerable other shows around the world followed. Now they’re set to celebrate their return to PAROOKAVILLE in the Cloud Factory.

Sefa is one of today’s most promising Hardstyle scene talents. The crowds for this Dutchman’s DJ sets were already bursting at the seams before the pandemic to the point that his gigs had to be moved to larger stages. All this makes Bill’s Factory precisely the right spot for Sefa and his Frenchcore and Hardcore sound.

The PAROOKAVILLE team has used the last couple of years to make the wonderful City of Dreams even more wonderful with upgrades and some positive changes. Space availability now means that this year will finally see one of the greatest wishes of our Campsite Citizens fulfilled: The former “Base Ground“ and “Mellow Fields“ campsites will be reunited once again and meld into one large “Base Camp.“ With no borders, separate entrances or subdivisions, now all of PAROOKAVILLE’s campers can enjoy the benefits of the spacious area immediately adjacent to the main stage.

These include a greater diversity of food and drinks, more activities, more highlights and still two PENNY stores for campers to enjoy the complete festival feeling. The Comfort and Deluxe Camps are moving to the former “Mellow Fields“ site, where guests will be shuttled directly to the PENNY store at the Base Camp/Festival site entrance and back. All Campsite tickets that have already been purchased will automatically be updated in the MyTicket Portal – ticket holders don’t have to do a thing!

And effectively immediately, ticket holders now have the opportunity to resell tickets they’ve already bought in our official Resale Shop. Interested parties will find the opportunity in the shop to buy tickets from categories that are already sold out.

Tomorrowland 2022: From the Final Lineup to Tickets & More, Here’s What You Need to Know for All Three Weekends

Top 5 Sets Not to Miss at Ultra Music Festival 2022