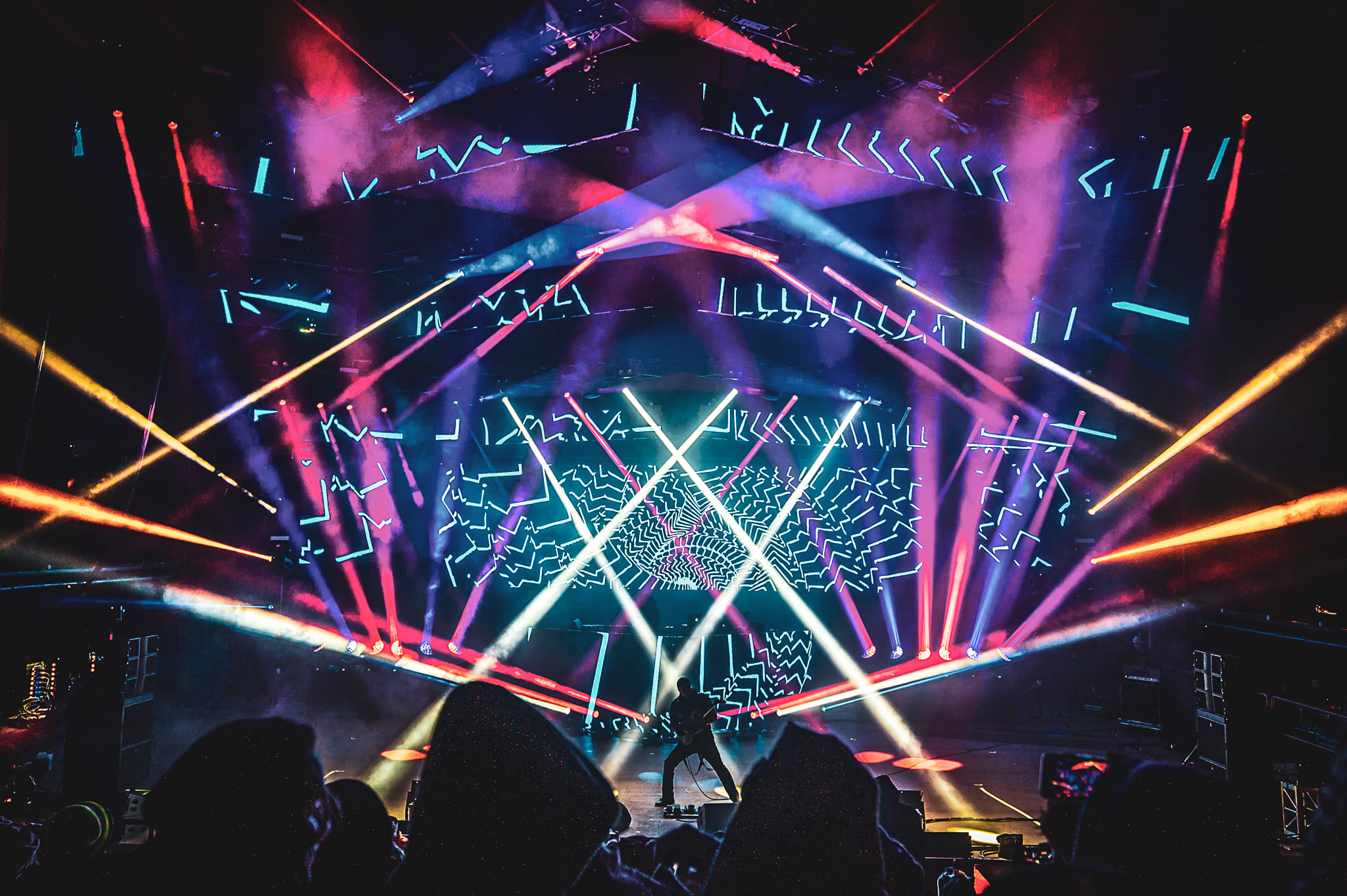 This past weekend, Brooklyn witnessed a phenomenal run of Gramatik’s final show on his Re:Coil Pt II tour alongside OPIUO and Balkan Bump. As one of the most intricately designed live productions at Avant Gardner to date, this was the perfect musical trio to finally bring the funk to the city that never sleeps.

Continuously proving himself as an eccentric musician within the electronic music scene, Gramatik is one of those few artists vigorously encompassing the concept of live instruments during his performances. His unique composition of funky, bass-infused sounds has caught the attention of many music aficionados worldwide and has aided in the expansion of the many electronic sub-genres that exist today. Gramatik’s soulful melodies have influenced many newcomers in the game, including the brilliant OPIUO who completely crushed his performance at last week’s Re:Coil Pt II tour grand finale in Brooklyn.

Following an outstanding trumpet-infused live set from Lowtemp Music’s Balkan Bump, OPIUO turned things up a notch with his upbeat and glitchy sound, completely blowing the crowd away. During his time to shine on stage, OPIUO’s energy had us all going wild, spreading throughout the entire venue as he harmoniously transitioned from track to track during the entire performance. Known to constantly experiment with new and distinct sounds, we were exposed to unfamiliar rhythms all throughout his set that tied together cohesively and had us all grooving along.

OPIUO’s infectious and entirely live performance set the ground for what was to come from Gramatik himself, and it became clear as to why he was chosen to be such a huge part of this grand tour. Both artists’ signature sounds compliment each other so effortlessly, and the transition from OPIUO’s set into Gramatik’s set felt like a rippling musical storyline. With equally enough bass, funk, and trip-hop all around, it was the most groovy show Brooklyn had seen in quite some time.

Avant Gardner has been home to many of NYC’s most prominent shows, and this recent ensemble of Gramatik’s Re:Coil Pt. II tour was easily one of the most memorable. Balkan Bump, OPIUO, and Gramatik all represent this unique sub-genre of electronic music exceptionally, showcasing the sonically moving touch that producing an entirely live set entails. Brooklyn sure needed more funk before the year came to an end, and this show definitely provided that fix for everyone who attended!