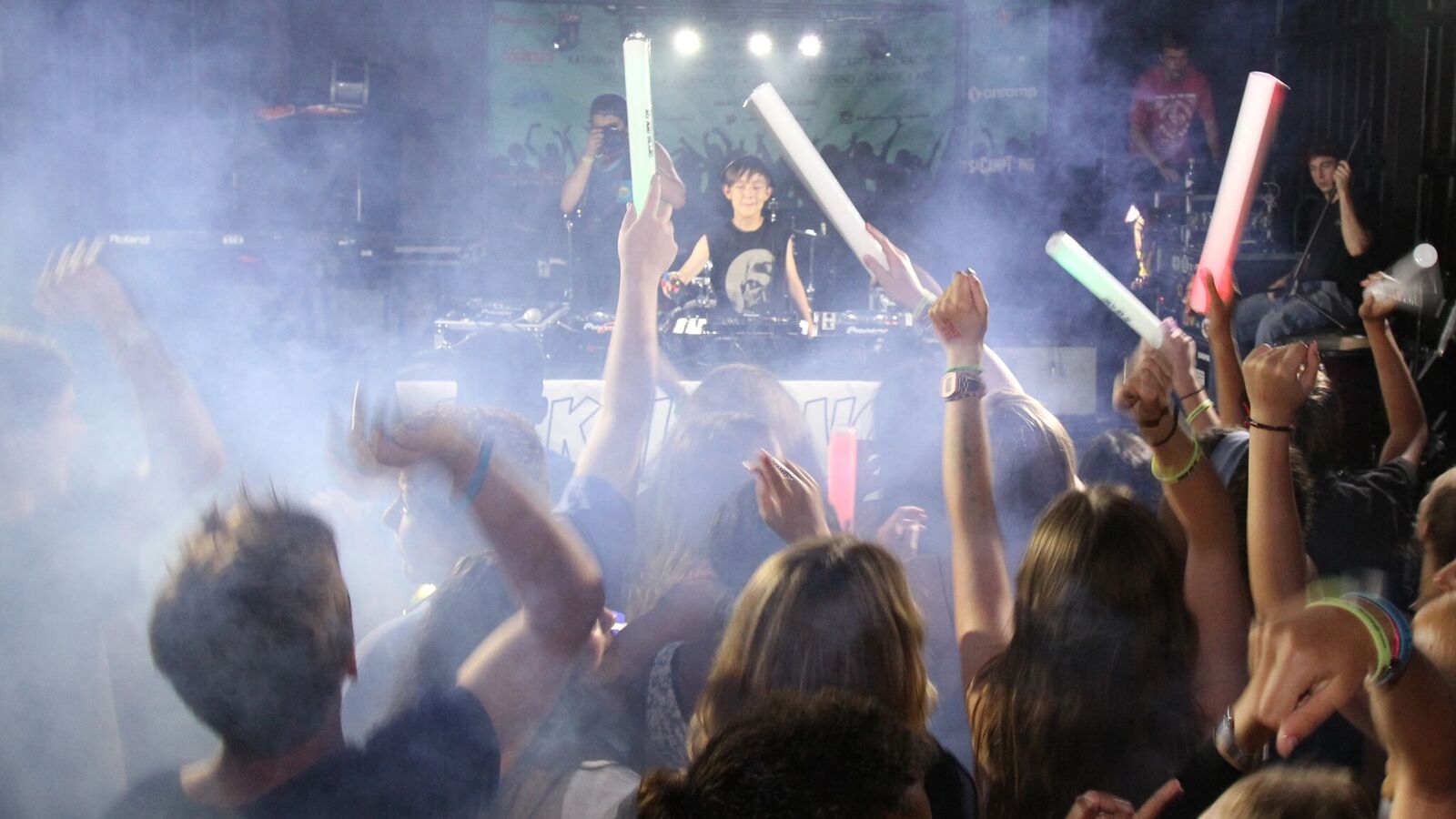 Ultra Music’s Kai Song is a 12-year-old DJ and producer—and he played his first DJ gig when he was just three years old! Having a DJ as a father assisted in his learning from a young age. Following piano, vocal, and drum lessons, Kai received a scholarship from the popular electronic music school, Dubspot, where he began taking music production lessons. During his time at Dubspot, Kai became familiar with Ableton Live and producing.

From his influences Tiësto, Disclosure, Oliver Heldens, Kygo, and Morgan Page, Kai recalls the time he played with Tiësto in his hotel room when he was eight. But just like other kids his age, Kai enjoys playing on his Xbox and collecting Star Wars Legos.

Find out which cities Kai Song hopes to play one day, what field he would pursue if he wasn’t a musical prodigy, opening for Dirty South at Pacha NYC, and where he hopes to be five years from now.

The Nocturnal Times: How did you first get your start in music?
Kai Song: I’ve always been passionate about music. I remember, as a two-year-old, climbing on our living room table pretending my dads bicycle pump was a mic stand, turning up the music and putting on a show. We had CDJ-1000s next to my train table, so when I wanted to hear music (I was really into The Beatles as a two or three-year-old) I would put the CD into the CDJ-1000 and soon I realized that you could scratch it and slow it down and then my dad starting teaching me how it all works and I played my first DJ gig at age three. I then started taking piano and drum lessons at age five, and at age seven joined a choir and started taking music production lessons (Ableton Live) when Dubspot gave me a scholarship.

The Nocturnal Times: Why DJing and electronic music? Did your upbringing or hometown have an influence in your career decisions?
Kai: DJing came naturally to me, because my dad is a DJ and when he played a gig during the day, like a block party for example, I would go with him and watch him. He’s also a Product Planner for Pioneer DJ, so our house was always full of prototypes and the newest gear and it was all really exciting. I wasn’t always into Electronic Music, when I first started I was mostly into Classic Rock. I remember the first time I DJ’d in a club, I was 5 years old, and my first song was “So Lonely” by The Police. I then got into Pop Music (Britney Spears, Katy Perry, Black Eyed Peas) and through Lady Gaga discovered Electronic Music. This was 2010. The LA Riots remix of “Born This Way” might have been my first dance remix that I played. Another record I loved at the time was the Thin White Duke Remix of Madonna’s “I Love New York”. And I really do love New York and feel that it had a huge influence on me becoming a DJ. Its’ just part of the culture there.

The Nocturnal Times: Who would you say are some of your all-time favorite DJs and producers and your biggest inspirations?
Kai: Without a doubt Tiësto. He’s been my greatest inspiration. I met him when I was eight years old and we DJ’d together for like a half hour in his hotel room and then he sent out a tweet saying how much fun it was to hang out with me and he added the hashtag #TheFuture. It felt like he respected me and took me serious and that meant the world to me. And then two years later I got to open for him at the Thank You Festival. Some other artists that come to mind are Disclosure, Oliver Heldens, Morgan Page and Kygo.

The Nocturnal Times: Are you still attending school? If so, what grade are you in? Are your classmates aware of your talent and rising fame?
Kai: Yes, I go to a really good public school and I’m about to start 7th grade. I’ve DJ’d a few dances at my school and was the only kid presenter during career day, where I talked about the career of a DJ, so I believe they do.

The Nocturnal Times: Besides your musical abilities, what do you like to do for fun? Do you have any other hobbies?
Kai: I love to play soccer and Xbox, and have a huge Lego Star Wars collection. In the winter I like to go snowboarding. I also love traveling. Definitely a perk of DJ’ing.

The Nocturnal Times: If you weren’t pursuing a career in music, what other field would you consider?
Kai: I haven’t really thought about this, but I would say soccer player or acting.

The Nocturnal Times: Aside from dance music, who are some of your favorite musicians and acts?
Kai: Twenty One Pilots, Rihanna, Coldplay, Sia, Fall Out Boy, and Taylor Swift.

The Nocturnal Times: If you had the opportunity to play a back-to-back DJ set with any DJ, who would you choose and why?
Kai: At a festival it would be Tiësto, because I really like his song selection and the show he puts on. In a smaller more underground club it would be Gorgon City, I’m really into their sound right now.

The Nocturnal Times: Which events have been most memorable for you thus far? Do you run into any issues when it comes to playing gigs due to the fact that you’re not even 18 years old?
Kai: Wow, there were so many: opening for Dirty South at Pacha NY when I was 8; Fuzipop, because it was my first residency and I helped to create this family party concept; opening for Cedric Gervais, Krewella, Above & Beyond and Tiësto at The Thank You Festival; the annual block party at my Brooklyn Elementary school, which I played every year from Kindergarten – 5th grade; NY Red Bull games at Red Bull Arena, where I’ve been playing every year since 2012, Daybreaker, because of the amazing early morning vibes and of course last years summer tour, where I played 18 summer camps. Age hasn’t really been an issue with the venues. The reason I don’t play more late night gigs is because my parents don’t feel it’s appropriate.

The Nocturnal Times: Which cities and countries that you haven’t played do you hope to play the most in the future?
Kai: I would love to play in Ibiza and London. Also, I’m half Korean, so I’d really like to play in Asia.

The Nocturnal Times: What’s coming up next for you? What are some of your short-term professional and personal goals?
Kai: Releasing my first original production was really exciting and I’m already working on new material, so I look forward to putting that out. I started doing podcasts called “Kai’s Club House” and I would love to one day have my own mix-show on SiriusXM. In terms of gigs, most of them are in NY and LA and I would enjoy DJ’ing in some other places. I also plan on elevating my DJ performance by adding some live elements to it.

The Nocturnal Times: Where do you see yourself five years from now?
Kai: On a boat! Just kidding. Well, I’ll be 17 then, so I hope to be DJ’ing Clubs and festivals and collaborating with some of my favorite artists in the studio.