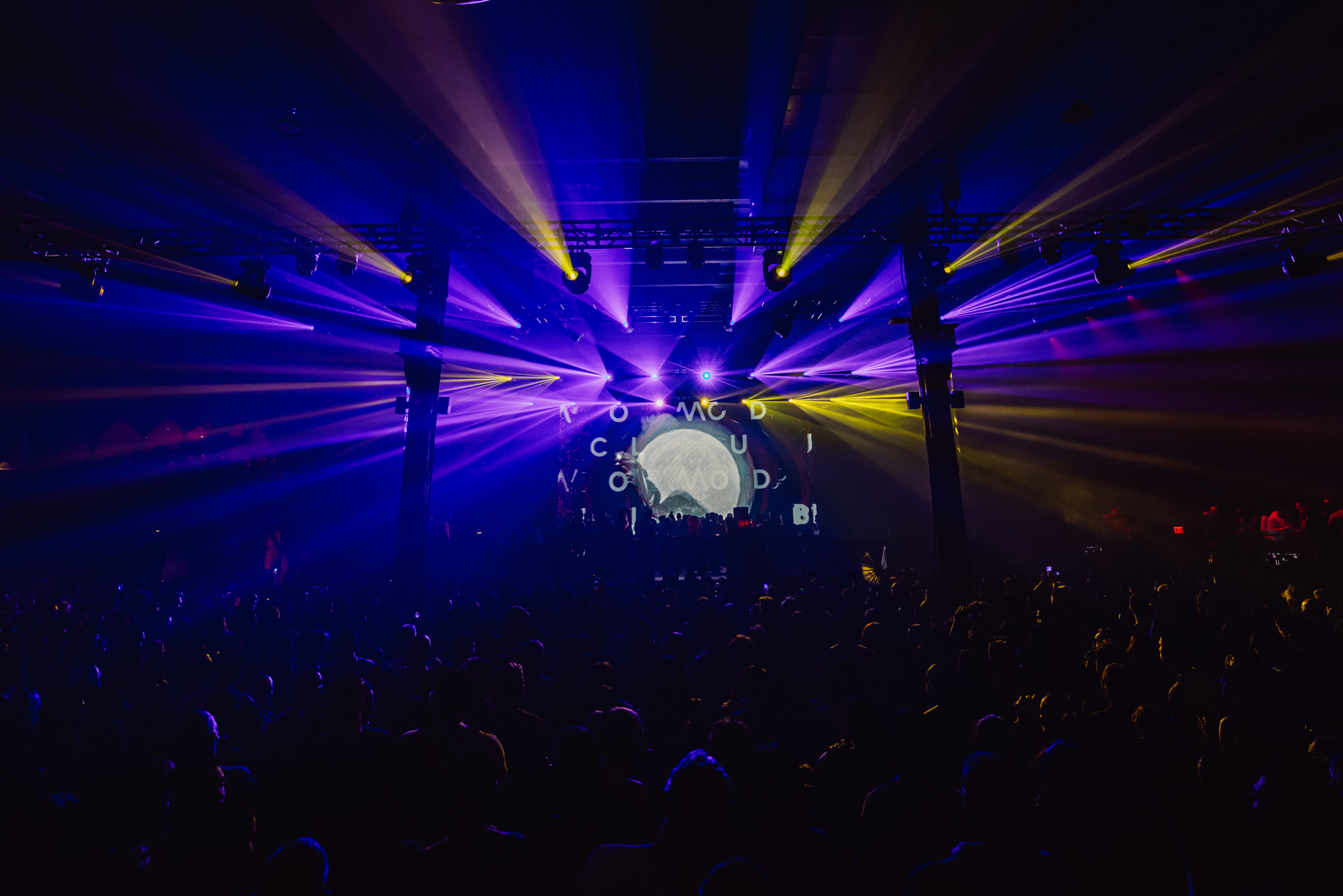 Nicole Moudaber Slays NYC with Techno-Infused ‘In The Mood’ Showcase

This past weekend, the New York City nightlife scene got to witness one of the most exotic electronic music experiences to date, as Nicole Moudaber absolutely slayed the Avant Gardner grounds with her techno-infused ‘In The Mood’ showcase. After a bit of a hiatus from performing in the big apple, the city that never sleeps welcomed the grandiose techno queen and friends with open arms and a whole lot of exhilarating enthusiasm. In collaboration with fashion icons Gelareh Designs and audiovisual visionaries Volvox Labs NYC, this latest ‘In The Mood’ production was by far the most stimulating, à la mode techno affair of the season.

As one of the leading females in the electronic dance music sphere, Nicole Moudaber never ceases to amaze followers with her heart-rate inducing melodies and outlandish mixing capabilities. With her flamboyant persona and glamorous appeal, she always delivers the most invigorating performances alongside some of the greatest names in house and techno. For her grand NYC comeback, Nicole recruited industry pals Skin, Luigi Madonna, andChris Liebing, all who offered their own intriguing touch to the ravishing evening.

As expected, Nicole Moudaber kicked off the night in style with a more refined, melodious set, setting the tone for what the rest of the evening was about to entail. Draped in a fabulous Galareh Designs kimono and accessories, the techno empress had everyone in awe with her fashionable appearance and uplifting energy right from the get-go. Her close friend and frequent collaborator Skin then took the stage for a mesmerizing demonstration of musical wizardry, followed by Drumcode mainstay Luigi Madonna and his hypnotic, ever-evolving techno curations. Individually, techno titan Chris Liebing absolutely destroyed the crowd with his powerful, energetic soundscapes before Nicole took over the stage once more before their highly-awaited b2b set. Let me just say it was worth waiting five whole years for this stunning dynamic duo to perform on stage together once again because together, their chemistry on the decks was simply unmatched.

Between all the mind-bending soundscapes and eye-catching visuals that captured attendees’ souls all evening long, ‘In The Mood’ New York was truly a one-of-a-kind production to be a part of. Needless to say, we’re still buzzing from the all-encompassing, extravagant techno soiree, and we’re honored that Nicole Moudaber chose the most beaming city in the country as a home base for yet another rendition of one of her internationally recognized dance music celebrations. As the queen herself would say, “until next time mis amores!”