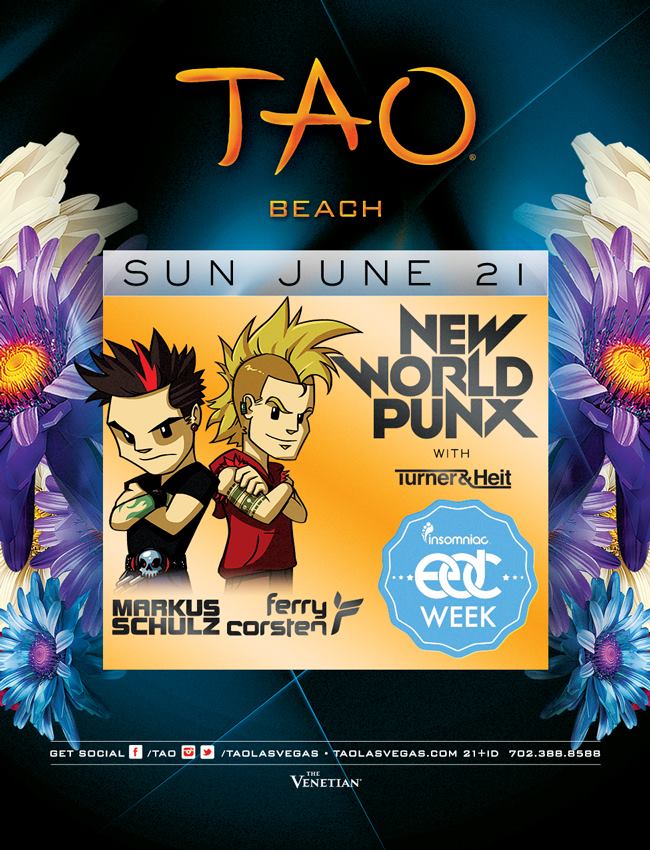 New World Punx are setting out to make EDC Week memories in June as they take on TAO Beach at the Venetian in Las Vegas. Join superstar DJs and producers Ferry Corsten and Markus Schulz for an unforgettable DJ set at one the most intimate pool settings in Sin City.

Ferry Corsten recently resurrected his successful trance project, Gouryella, with the release of “Anahera.” The creator of “Beautiful,” “L.E.F.,” “Made of Love,” “Fire,” “Watch Out,” and “Live Forever” with Aruna, “Not Coming Down” with Betsie Larkin, “Black Light,” and “Diss!,” among many others.

Schulz is also known for his dark, rabbit hole sets, Coldharbour Records releases, notorious Markus Schulz Reconstructions, and trance-heavy studio albums “Without You Near,” “Do You Dream?,” “Scream,” and “Scream 2.”