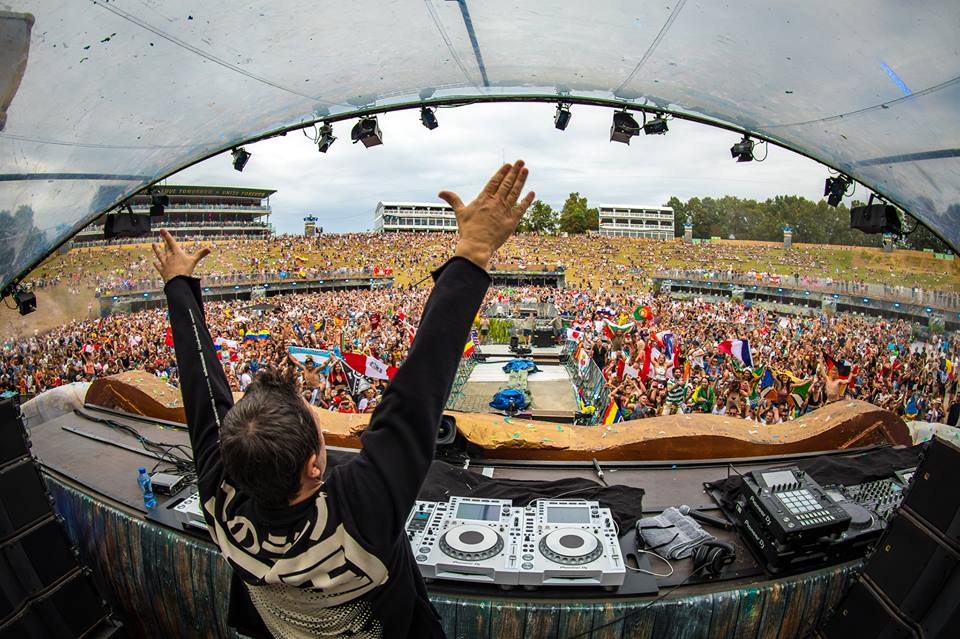 Trance master Markus Schulz never ceases to amaze the world when it comes to creating the unexpected and gifting electronic music anthem after anthem. If there’s one thing we do know about this champion DJ/Producer, it’s that his music carries heartfelt stories like none other, and this time around there’s one from his new single called  “Upon My Shoulders” featuring Sebu Simonian.

The track has arrived at the perfect summer moment, and it carries along a special meaning sprouting from Markus’ Tomorrowland 2017 set that is an unbelievably surreal moment for artists. Markus’ innate ability to turn his creative musical imagination into a reality for the world to hear and experience remains unparalleled in the scene. His symphonic mind takes twists and turns to produce everything from euphoric melodies to deep and mysterious soundtracks.

“As a DJ, when you look out across an audience like Tomorrowland’s and you see hundreds – thousands maybe, of people carrying others on the shoulders. It’s a powerful and stimulating and unifying sight, which sparks the imagination endlessly. Every one of those guys & girls has a connection with the other – a friendship and a story that – very likely – goes way, way beyond the physical bounds of the event. That thought, along with that unbeatable ‘upon your shoulders’ / ‘nothing can touch me’ feeling became something I really had to capture in a piece of music.” – Markus Schulz

Frontman for indietronica duo Capital Cities, Sebu Simonian proved to be the angel vocalist and ultimate fitting puzzle piece that Schulz was searching for. Without Sebu, “Upon My Shoulders” simply wouldn’t have the passion and soul that completes it. From its first guitar chords to the first lyrics sung by Sebu, “Upon My Shoulders” packs enormous power and sound of voice. Knowing the story and the incredible heart that Schulz and Sebu put into the track is truly what sends chills straight down your spine.

Along with the single comes a classic paradisiacal music video, capturing every sweet and savory moment of summertime bliss. Dancing and jumping around the beach, in the waves, and under the sun all with nothing but smiles and the feeling of freedom within music is the visual masterpiece that comes along with “Upon My Shoulders.”

“The best kind of a lightning bolt moment. Tim, Mike (from Grube & Hovesepian) and I had remixed ‘One Minute More’ four years back, precisely because we loved his vocal so much. I said ‘we have to get Sebu on this track’. From there, all the missing pieces fell right into place. He has realised that moment, the feeling, the story and all brilliantly. Exactly as I had it in my mind, back at Tomorrowland 2017.” – Markus Schulz