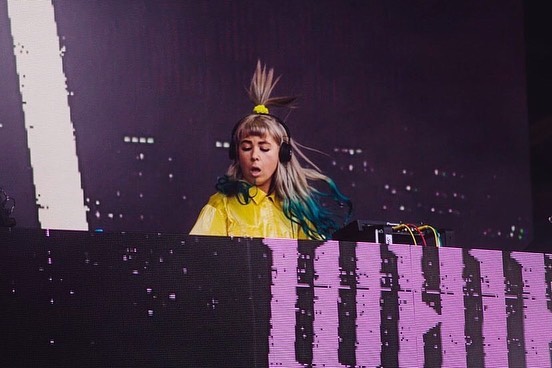 This Friday, January 10, emerging talent WHIPPED CREAM unleashed her latest VIP edit of “Told Ya.” Featuring Lil Xan, it lands with an adrenalizing spin on their already bass-ridden original.

Providing a glimpse into why electronic fans are quickly catching the WHIPPED CREAM taste, the “Told Ya” VIP Mix goes hard right from the start and turns up the heat consistently throughout the two and a half-minute run time. Even better, along with the VIP arrives a super trippy music video that is absolutely going to make you melt in a puddle of vibrant color schemes. If you’re in need of a pick me up and a little thug attitude, this “Told Ya” Vip Mix is waiting for you. Give it a go below:

The rising queen, born Caroline Cecil, has recently been featured as one of Billboard Dance’s “Ones to Watch” and Mixmag’s “Most Exciting New Names in Bass Music.” Already stamping her place in the dance and bass music spaces, WHIPPED CREAM is no stranger to excelling at her art. She was once a competitive figure skater en route to the Olympics, but veered off that course following a debilitating accident on the ice. In need of a new channel for her creativity, she turned to the art of music after experiencing her first festival, (and of course, we can’t blame her!) Enraptured in the magic of it all, she began chipping away at her newfound career. The majority of 2019 was spent in the studio, so it’s safe to assume 2020 will be a year of many forthcoming releases. Stay tuned for more new from WHIPPED CREAM on the horizon.