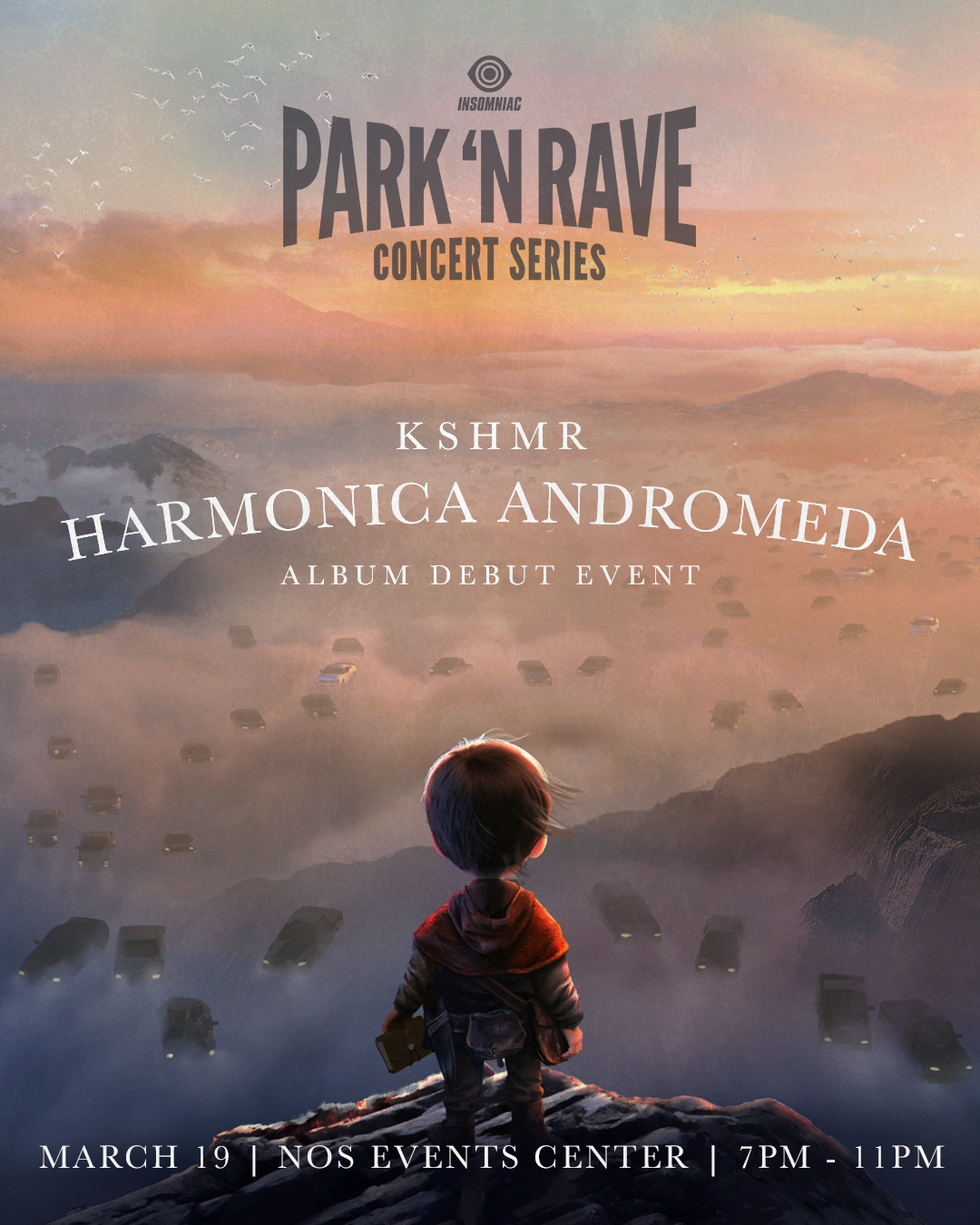 Kashmiri-Indian DJ and producer KSHMR, along with Insomniac Events, has just announced an anticipated album debut event. Slated to take place on Friday, March 19, the Insomniac Park ‘N Rave Concert Series with KSHMR, which celebrates his forthcoming LP, Harmonica Andromeda, will be held from 7 – 11 PM a the NOS Events Center in San Bernardino, California. Tickets for the 18+ shows go on sale on Feb. 15 at noon PT at parknrave.frontgatetickets.com.

Those located in Southern California or traveling for a safe getaway, Insomniac’s Park N’ Rave has been serving as one of the most ideal ways of partying here throughout all of the U.S. KSHMR was recently voted the No. 12 DJ in the world through the DJ Mag Top 100 DJs poll. In January 2021, he released the lead single from his upcoming Harmonica Andromeda album “The World We Left Behind” featuring KARRA.

Car passes will start at $200, allowing up to five (5) adults per vehicle with pricing varying based on row selection. Additional individual passes will be available for purchase for larger vehicles. Social distancing guidelines and traffic laws must be followed at all times. Additional event information can be found here.

Related Topics:insomniacPark 'N Rave
Up Next