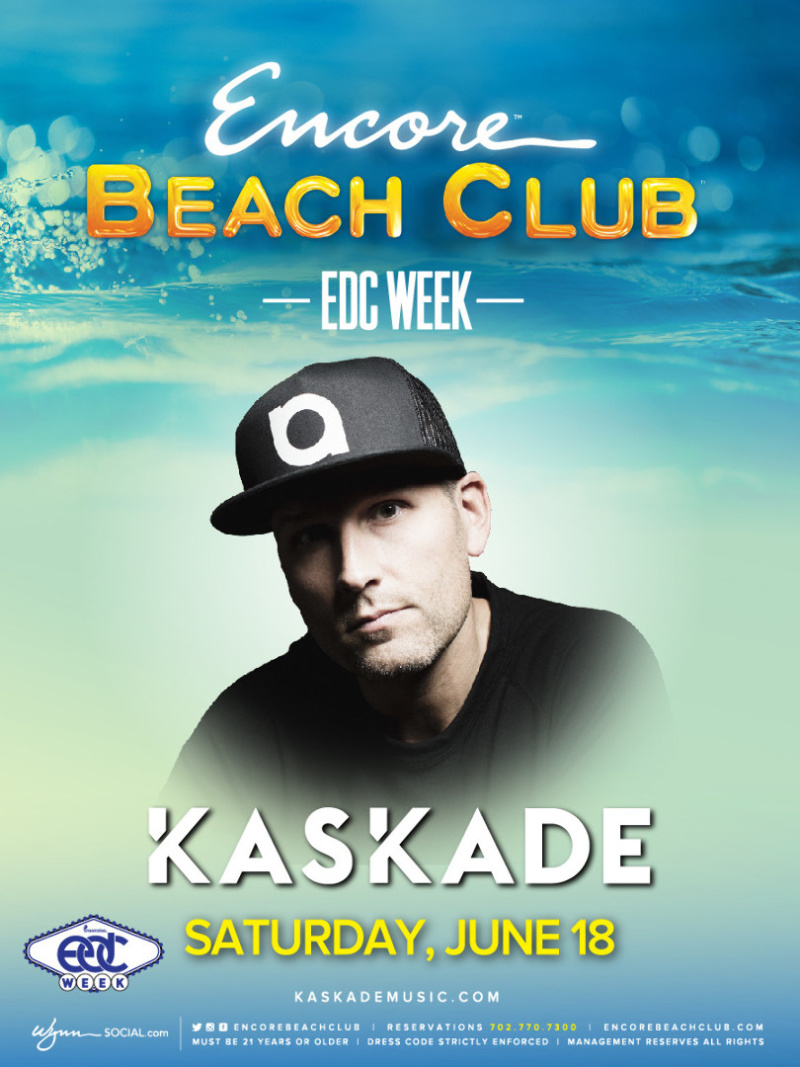 EDC Las Vegas is quickly approaching, which also means that Vegas venturers are gathering their swimwear for the best pool parties of the year during EDC Week 2016. Award winning Encore Beach Club, located at Wynn Las Vegas, will once again be featuring the biggest EDM artists, and the highly anticipated party week wouldn’t be complete without a Kaskade Encore Beach Club extravaganza on June 18th.

Kaskade is no stranger to Encore, since he began his residency last year, five years after his previous Wynn residency in 2010. He’s actually the first DJ from the United States to secure a Las Vegas residency. Fresh off his performance at EDC New York and the release of his new track with Felix Cartal, “Fakin It,” featuring Ofelia K, Kaskade’s Encore party is sure to be one of the best during EDC Week. This GRAMMY Award-nominated DJ and producer has thrown down the some of the hottest sets the club has seen, which is why Kaskade at Encore Beach Club is a daytime event you don’t want to miss this EDC Week.