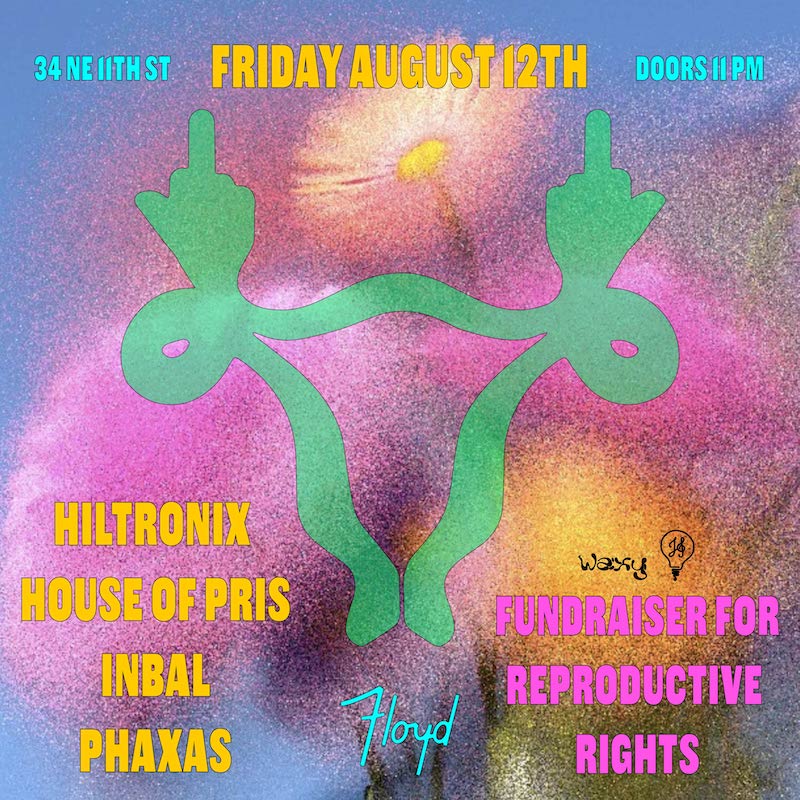 Jaime Sloane of JSloane Creative is taking her 30th birthday as an opportunity to host an upcoming fundraiser on August 12th. One hundred percent of ticket proceeds and 20% of bar sales will be split between two non-profits – the National Network of Abortion Funds and Florida Access Network. The fundraiser will be soundtracked by Miami’s own Hiltronix, House of Pris and Phaxas of femme vinyl crew Waxy, as well as Prisma Artists founder Inbal.

On Friday, August 12, we’re hosting a Fundraiser for Reproductive Rights benefiting the National Network of Abortion Funds and Florida Access Network, with 100% of ticket proceeds and 20% of bar sales going directly to the non-profits. The National Network of Abortion Funds works to remove financial and logistical barriers to abortion access and organizes at the intersections of racial, economic, and reproductive justice. Florida Access Network builds pathways for abortion access by advocating for reproductive justice, funding abortion care, and providing logistical support.

“I couldn’t celebrate my 30th rotation around the sun frivolously while 33.6 million reproductive-age women live in states at risk of losing access to abortion without Roe…I’m using this occasion to channel dance music’s inclusive roots and do some real good by fundraising for these essential non-profits. It’s a privilege to combat one of the most pressing issues of our time with my friends, family, and colleagues by my side. I’m beyond grateful to the Floyd team for supporting my vision, and booking an incredible roster of homegrown talent.” – Jaime Sloane

The evening’s house, disco and funk-heavy soundtrack will be served up by some of Miami’s most respected underground stalwarts, including femme vinyl crew Waxy’s Hiltronix, House of Pris and Phaxas, as well as Prisma Artists founder and seasoned selector Inbal.

Related Topics:jsloane creative
Up Next

San Hejmo Returns in 2023 with Two Days of Camping