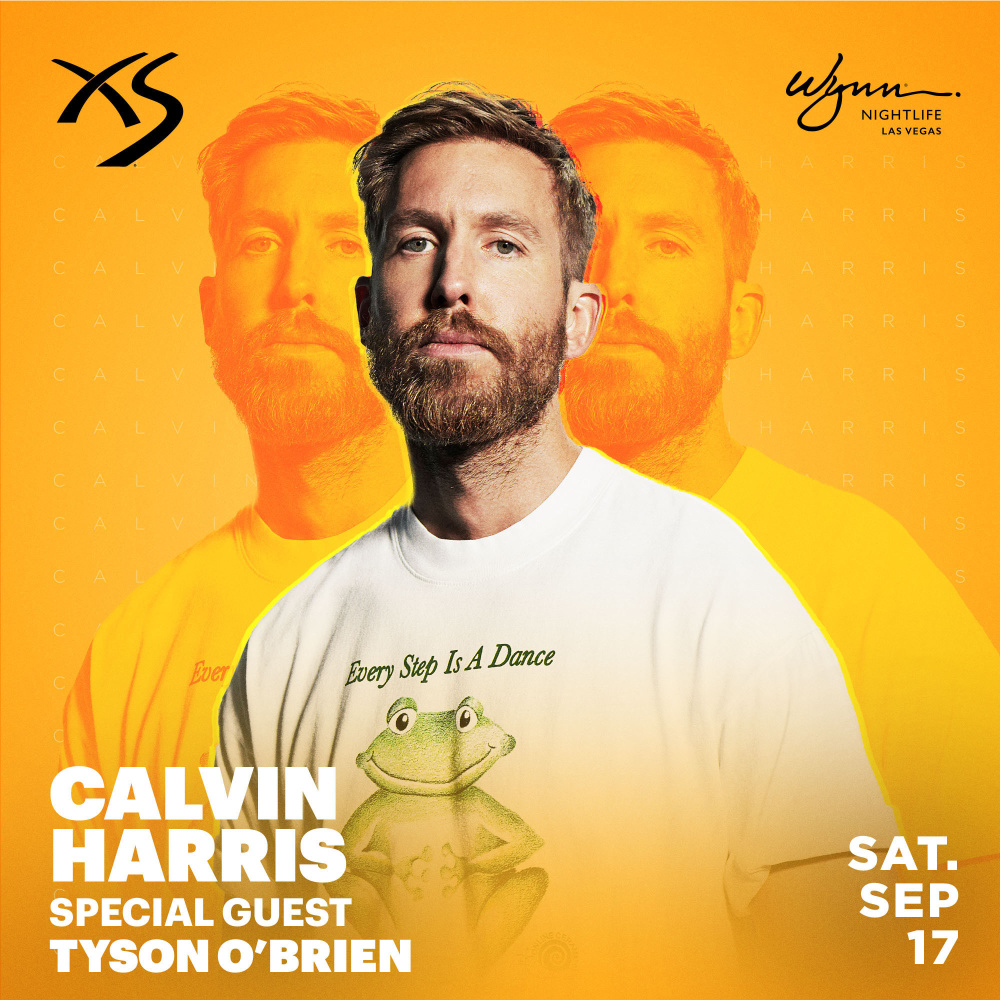 Calvin Harris returns to the renowned Wynn Las Vegas for one night only. On September 17, join the GRAMMY Award-winning and multi-platinum DJ, producer, and entertainer, Calvin Harris, for a very special one-night only showcase at one of the hottest nightclubs on the Strip, XS Las Vegas.

Not only is Calvin Harris making his return to the iconic Wynn Nightlife venue, the famed electronic music mainstay is also set to release his latest album — and first in over five years –this coming Friday, August 5, Funk Wav Bounces Vol. 2. Already released from the forthcoming LP are popular singles “Stay With Me” alongside music giants Justin Timberlake, Halsey, and Pharrell, as well as “Potion” with Dua Lipa, and Young Thug, and most recently, “New To You” with Normani, Tinashe, and Offset. Other artists included on Funk Wav Bounces Vol. 2 include 21 Savage, Snoop Dogg, Charlie Puth, Latto, Pusha T, Busta Rhymes, Stefflon Don, Chlöe, Jorga Smith, Swae Lee, Lil Durk, and more.

“Calvin Harris is one of the most exciting artists of our time,” said Ryan Jones, vice president of Wynn Nightlife. “It’s an honor to welcome him back to XS Nightclub for what will be the biggest party in Vegas on Sept 17.”

Aside from his upcoming Funk Wav Bounces Vol. 2 LP, Calvin Harris has amassed over 35 billion combined audio and video streams in his career history, making him one of the most viewed artists on YouTube and one of Sony Music’s biggest streaming artists. Calvin has collaborated with global artists including Frank Ocean, Pharrell Williams, Rihanna, The Weeknd, and Travis Scott to name a few. His work has garnered a number of top music awards and nominations, including 14x MTV VMA nominations and 2x wins, 5x GRAMMY nominations and a 2013 GRAMMY Award win in the Best Music Video category for “We Found Love.”

For tickets and a full calendar lineup, please visit wynnnightlife.com.