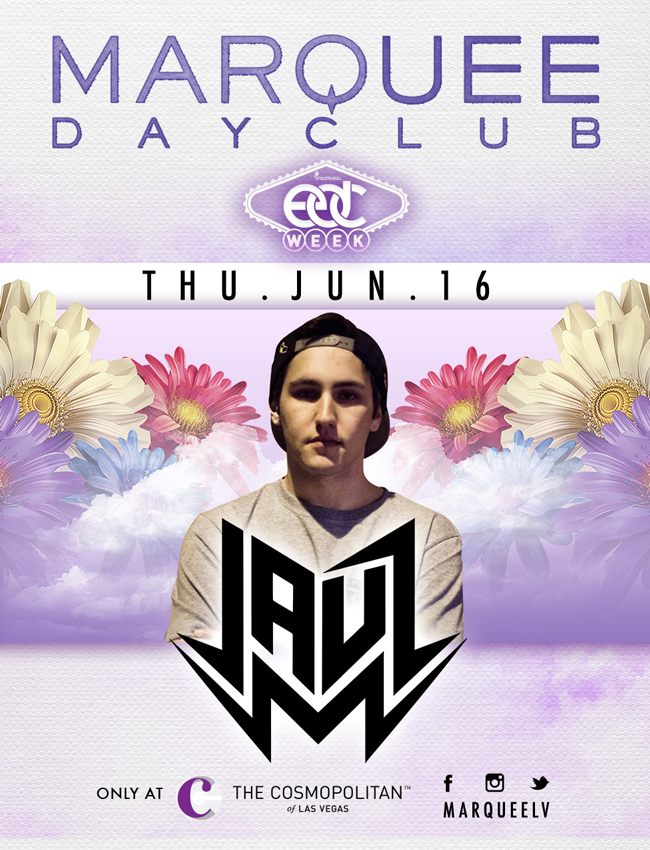 Jauz is slated to take over Marquee Dayclub at The Cosmopolitan of Las Vegas on Thursday, June 16th during EDC Week 2016.

Jauz is making his way to the beautiful and highly esteemed Marquee Dayclub in Las Vegas this EDC week. With his outstanding talent of genre blending and the well-known party atmosphere of the Marquee, this massive EDC Week pool party is not one to miss.

Over the last year, Jauz has transformed from Soundcloud superstar to playing on some of the biggest festivals in America and turning in some of the biggest tracks of the year, as well as taking on the likes of Ed Sheeran, A$AP Mob, Childish Gambino, and more. Jauz has released originals like “Feel the Volume”, “Rock the Party”, and “Deeper Love”, as well as remixes like “Hella Hoes”, as well as many others that have left the entire spectrum of electronic music fans wanting more.

His diverse originals and ability to create remixes of all sorts has gained Jauz respect amongst industry greats such as Zedd, Skrillex, Diplo, Borgore, Destructo, Arty, and others. His euphoric originals and viral remixes seamlessly weave in and out of several musical categories, staying true to his creed: “music has no boundaries.”

Tickets for Jauz at The Marquee Dayclub on June 16th are available HERE.

The Marquee Dayclub is also bringing out acts such as Markus Schulz (June 15), Cash Cash (June 17), Dash Berlin (June 18), and many more, as well as an array of nighttime shows throughout all of EDC week.