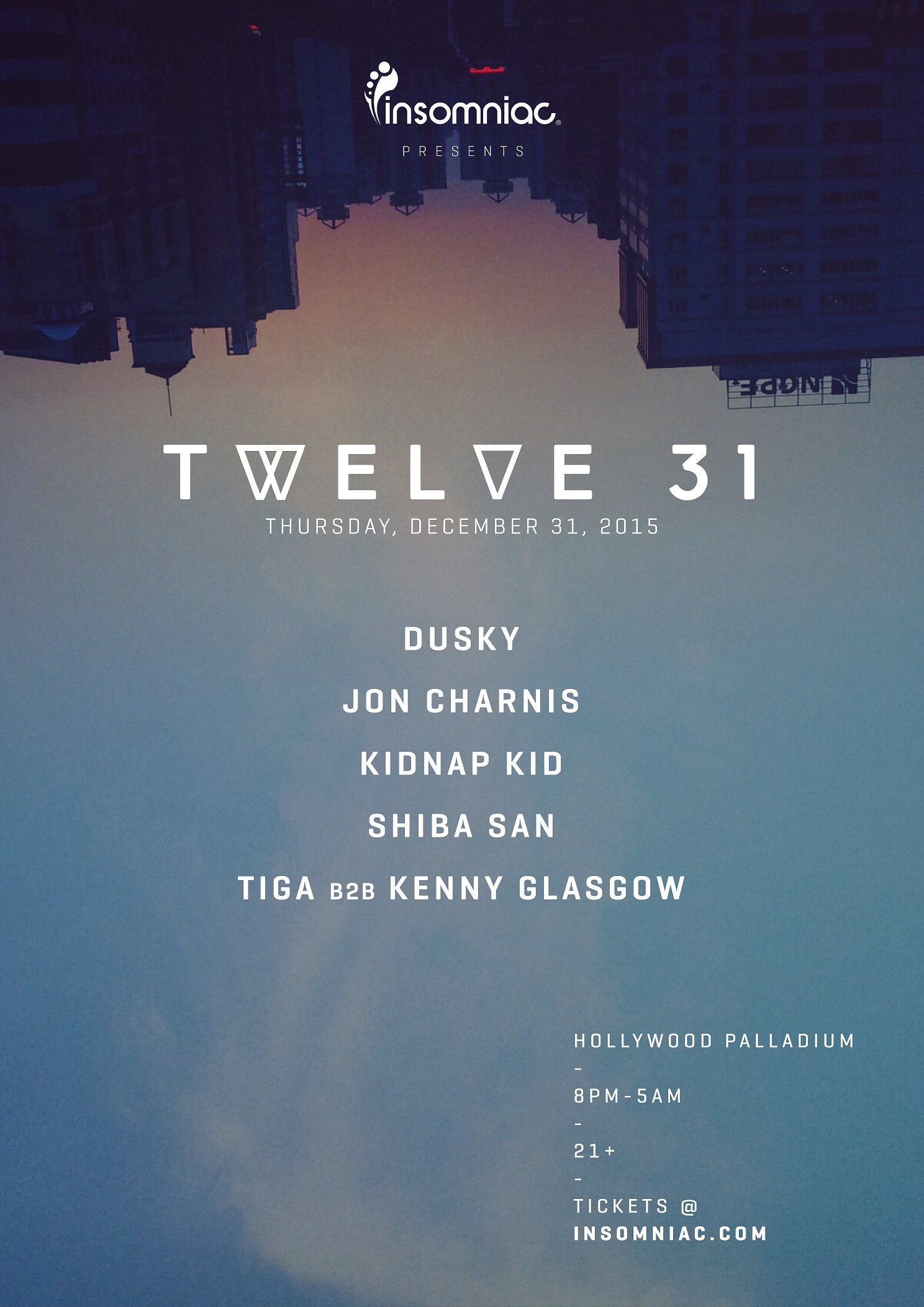 TWELVE 31—a premier 21 and over event—will provide Los Angeles with a dark and grungy soundtrack to bring in 2016. Performers slated to take the stage for TWELVE 31 include Dusky, Jon Charnis, Kidnap Kid, Shiba San, and Tiga B2B Kenny Glasglow.

Tickets for TWELVE 31—which will provide SoCal with beats from 8 pm until 5 am—are available HERE (on Mon., Nov. 9 at 12pm PT).

Keys N Krates Set To Start Off 2016 With a Bang